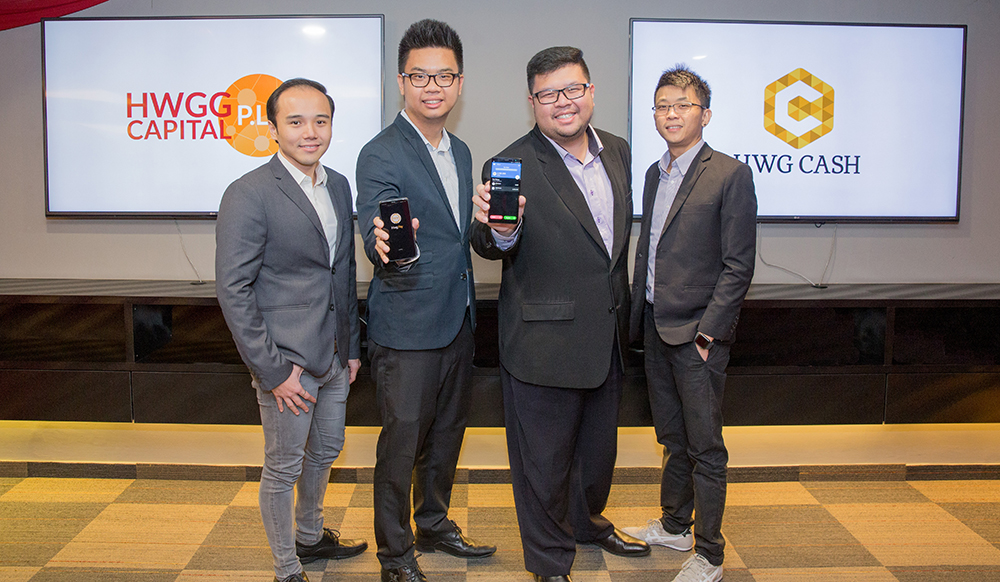 “Our business model is totally different from (the) digital asset exchanges and ICOs which are currently regulated under the Securities Commission,” said Gavin Lim, HWGG Capital P.L.C. chief executive officer. “HWG Cash is a tool to facilitate digital assets for payment purposes.

Among the licenses that HWGG Capital had applied for are those to operate as a credit token business, and for money broking  (specifically for digital assets). The former allows them to issue tokens in exchange for fiat currency, while the latter allows them to convert between fiat and digital currencies.

HWGG Capital is also registered as a payment system operator under Labuan FSA, which allows payments to be made online between accounts. [Paragraph edited for accuracy]

A way for customers to pay with Bitcoin

The business Lim is talking about is the heady world of cryptocurrencies. Users with digital currencies can purchase services, which currently include travel and holiday services, and offerings at entertainment outlets, through partnerships with Resort Worlds in Genting, Manila and Singapore.

"People with Bitcoin can convert to HWG Cash and they can spend HWG Cash buying travel packages," he explained.

Lim is quick to clarify that this is not an attempt at making yet another e-wallet. "I'm targeting existing digital asset users in the Asia region. I'm talking about Korea, Japan, Thailand, (and the) Philippines."

The idea to begin this was driven by consumer demand, when two years ago customers asked if they could pay in Bitcoin. "Our group management then, did not believe in all these digital assets," recalled Lim. "One said it's just a fad, a sham and all.”

Yet, there clearly was a demand and with it, a future. "Our group advisor Datuk Lim (Hui Boon)... at that time he used to be in China where they talk a lot about digital assets, " said Lim. "So we had an understanding that digital is going to be here to stay."

This resulted in the creation of HWG Cash and their own exchange. Payments can still be converted directly to HWG Cash, but that is pegged to the US Dollar, and thus more stable. "We become the intermediary payment processor without HWG Holiday having to bear the risk of the fluctuation," said Lim.

Lim is confident that despite it still being early days in Malaysia for digital asset regulation, there is value for HWGG Capital as there is demand for its Malaysian-based businesses. "Why? Because we are already in the jurisdiction that is very supportive of this initiative, namely Thailand, the Philippines and Hong Kong," said Lim, citing "supportive guidelines" to help grow the business, adding that Thailand is one of the fastest-growing in terms of digital asset users, and the reason why they set up a marketing office in that country.

In fact, Southeast Asia is beginning to challenge Japan's status as a regional leader in digital asset use. "Thailand and the Philippines are running very fast in the chase."

Meanwhile, Malaysia is still playing catch-up. "I see that the SC is taking up the initiative to try to regulate this area but sad to say it's one step behind our neighbouring countries," said Lim. "But once they catch up, definitely we will be one of the countries that can compete.”