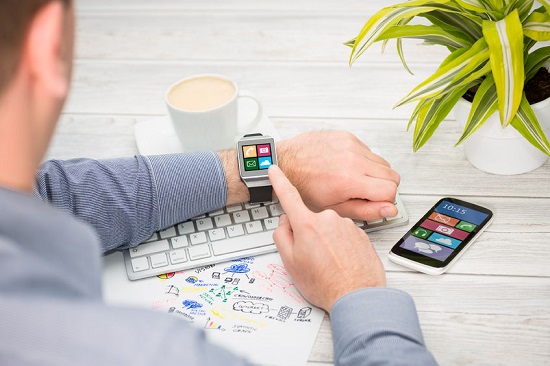 The report was part of an ongoing series looking at Internet of Things (IoT) security, HP said in a statement, adding that the results confirmed that smartwatches with network and communication functionality represent a new and open frontier for cyberattack.

In the report, HP also provides actionable recommendations for secure smartwatch development and use, both at home and in the workplace, the company said.

As the IoT market advances, smartwatches are growing in popularity for their convenience and capabilities.

As they become more mainstream, smartwatches will increasingly store more sensitive information such as health data, and through connectivity with mobile apps, may soon enable physical access functions including unlocking cars and homes, HP said in its statement.

“Smartwatches have only just started to become a part of our lives, but they deliver a new level of functionality that could potentially open the door to new threats to sensitive information and activities,” said HP Enterprise Security Products’ South-East Asia regional director Jeffrey Neo.

“As the adoption of smartwatches accelerates, the platform will become vastly more attractive to those who would abuse that access, making it critical that we take precautions when transmitting personal data or connecting smartwatches into corporate networks,” he added.

The HP study questions whether smartwatches are designed to store and protect the sensitive data and tasks for which they are built.

The company made use of its Fortify on Demand managed application security testing service to assess 10 smartwatches, along with their Android and iOS cloud and mobile application components, uncovering numerous security concerns.

The most common and easily addressable security issues reported include: As manufacturers work to incorporate necessary security measures into smartwatches, consumers are urged to consider security when choosing to use a smartwatch.

It’s recommended that users do not enable sensitive access control functions such as car or home access unless strong authorisation is offered, HP said.

These security measures are not only important to protecting personal data, but are critical as smartwatches are introduced to the workplace and connected to corporate networks.

Additional guidelines for secure smartwatch use are outlined in the full report.

For more information, download the first report in this IoT series, 2014 HP Internet of Things Research Study, which reviews the security of 10 of the most common IoT devices.

In addition, the 2015 HP Home Security Systems Report reviews the 10 of the most common Internet-connected home security systems.

Conducted by HP Fortify, the HP Smartwatch Security Study used the HP Fortify on Demand IoT testing methodology which combined manual testing along with the use of automated tools.

Devices and their components were assessed based on the OWASP Internet of Things Top 10 and the specific vulnerabilities associated with each top 10 category.