DESPITE the growing attention on the Internet of Things (IoT) and building smart cities, there’s still an “elephant in the room” when it comes to discussions surrounding such initiatives.

“What’s interesting is that when I give a presentation about cloud computing, the first question is always ‘What about security?’ But when I talk about IoT, that question is missing,” said Andrew Milroy, vice president of ICT Research at Frost & Sullivan.

He also said that cloud computing is “no less secure” than traditional distributed computing.

“If you pay people money, they’ll give you security services around it. There’s actually a bit of an over-exaggerated concern around cloud security. 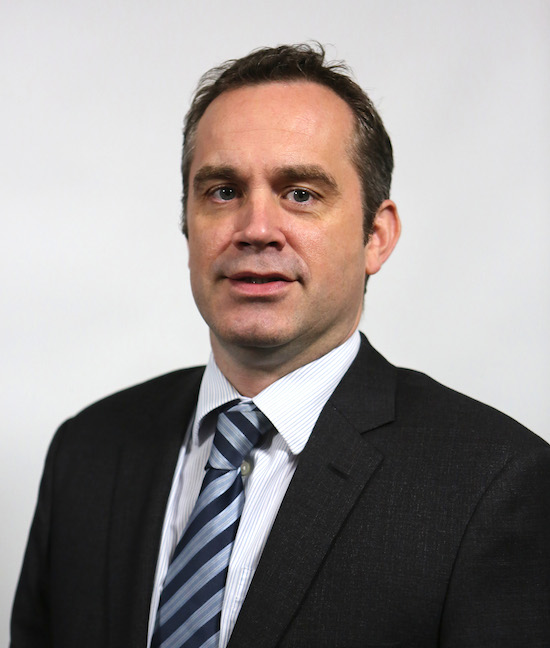 “Yet when I go and talk about smart cities and IoT ... I rarely get asked that. And security is a huge issue when it comes to IoT; you’re talking about having everything Internet Protocol-enabled and that makes everything vulnerable,” Milroy (pic) said.

IoT is anticipated to be a key technological driver for smart cities, where ‘fun’ meets ‘function.'

Implementation of devices or processes such as low-cost sensors, cloud computing, advanced data analytics and mobility are expected to aid the transition to a seamless living experience on a large scale.

“Infrastructure hijacking does happen in an IoT-enabled world. What happens when hackers get into electricity grids or nuclear power plants? Those are real threats that can happen.

“Think about autonomous self-driving cars, and what malicious security threats can do,” Milroy told attendees at a Frost & Sullivan executive briefing held recently in Singapore.

He said that in certain parts of the world, the issue of security is acting as a hindrance in advancing smart city agendas. Having recently returned from South Korea, he reported that many critical infrastructure assets are being moved away from publicly accessible networks.

“This is because they are constantly under siege from North Korea and that’s hampering smart city efforts in Songdo and Seoul.

“On the flip side, you could also say that this forms a big opportunity for the security industry,” he said.

Milroy cautioned that he was not advocating a move away from IoT or smart cities, but rather that security must be at top-of-mind in any discussion or implementation of such strategies and projects.

“In smart cities, the combination of IoT and cloud technology is expected to spur the creation of an entire cloud-based ecosystem serving stakeholders such as end-users and innovators,” he said.

Examples of cities that have successfully implemented smart city technologies include Santander in Spain, he added.

Frost & Sullivan expects smart cities to be a US$1.5-trillion market by 2020, with multiple opportunities to tap into infrastructure development, technology integration and energy and security services.

By 2025, it is anticipated that approximately 58% of the world’s population, or 4.6 billion people, will be living in urban areas.

The process of urbanisation has become so important that it has become a catalyst in the transformation of major cities to smart cities, including Barcelona, New York and Amsterdam, the research and analyst firm said.

Through the convergence of industries, smart cities are expected to present market opportunities, with the Smart Governance and Smart Education segments to have the greatest spending.

This convergence of technology will also lead to the convergence of competition, with companies with multiple business interests to benefit most, Frost & Sullivan said.

By 2025, it is estimated that there will be over 26 smart cities featuring at least five of the eight mentioned elements; with more than 50% located in North America and Europe.

One key characteristic of smart cities is the efficiency underlying the various aspects that help it run more effectively, be it in Energy, Infrastructure or Healthcare.

For example, the implementation of e-health and m-health (eletronic and mobile health) systems is being encouraged for better and smarter healthcare management.

Although technology is expected to have a positive impact in the healthcare sector by reducing labour and operational costs, the healthcare services in smart cities will remain challenged by the scarcity of suitable resources. "The application of technology such as telehealth, mobile and digital health will give rise to smart healthcare cities, where the focus will be on improving the operating efficiency and achieving cost savings while maintaining quality," said Dr Milind Sabnis
(pic), director of the Healthcare Practice at Frost & Sullivan Asia Pacific.

Smart cities will leverage several new technologies that are likely to alter the city-based utility landscape.

"Through the application of technology in areas such as energy recovery from waste and managing energy efficiency, the focus for smart energy will remain on transforming the power grid," said Ravi Krishnaswamy, vice-president, Energy & Environment Practice, Frost & Sullivan Asia Pacific.

To meet this demand and differentiate themselves, utility companies will look to tailor their various new service packages for their customers.

However, cost and existing infrastructure remain the key factors influencing the development of smart cities. Most smart cities initiatives are currently being funded by special development funds as well as public-private sector partnerships. With the unique challenge of balancing the needs of the various stakeholders, it is expected that governments will take the lead in guiding the transformation of smart cities.

For a smart city to be successful there is a necessity to adopt a structured approach, focusing on open collaboration and infrastructure.

“Creating a smart city stakeholder group with all relevant departments included is crucial and encouraging open collaboration between government, citizens and private sector is the most critical recommendation we can make,” Ravi (pic) added.