Healthcare IT spending in Asia to grow 8% annually till 2018: IDC For the same period, the China healthcare sector has emerged as the fastest growing IT spender in the region, with the highest CAGR of 11.7%.

The research firm also noted that in 2013, Australia, China, India, Singapore and South Korea accounted for close to 90% of Asia Pacific healthcare IT spending.

According to IDC, while the Asia Pacific countries are very disparate when it comes to infrastructure and IT maturity, as well as healthcare systems, every country, whether developed or developing, is looking to create a sustainable healthcare system.

The region cannot afford to stop investing in healthcare with many countries still struggling with improving basic health outcomes.

The region holds immense potential for the vendor community, also because of the high population base and the relatively nascent stage of IT adoption in developing countries. 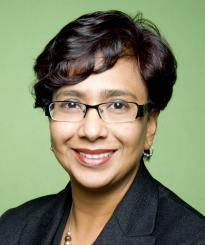 There are two clear groups of countries when it comes to IT maturity. Countries, where hardware spending comprises more than 50% of the total IT spending, are still focused on infrastructure. The mature economies are expected to spend less than 50% on hardware.

“Where the initial infrastructure investments have been made, the spending pattern shifts to software and services. Growth will be driven by infrastructural spending in developing countries and collaborative tools in the mature economies," she added.

More spending data can be found in the IDC Health Insights report, Asia/ Pacific (excluding Japan) Healthcare IT Spending 2013-2018 and includes details of specific IT spending patterns by technology areas and by country.

The study is presented in a pivot table format, where information is organized to allow technology vendors to draw useful considerations on short and long-term opportunities in their markets of interest.

The report can be accessed here.