SENIOR IT executives must ensure that they are able to offer IT-enabled products and services to address gaps in customer experience so that their companies can survive in today’s ever-changing business environment, according to IDC.

In his May 19 keynote address at the ongoing Avaya Technology Forum in Bangkok, Michael Araneta (pic), director of consulting and research for IDC Financial Insights Asia/Pacific, said businesses could no longer afford to stay in their comfort zones.

Instead, they must move out and innovate in an increasingly digitised world, he added.

Alluding to the four pillars of cloud, mobility, big data analytics and social business, which IDC collectively calls the Third Platform, Araneta said chief information officers (CIOs) in particular would need to answer the question of how to leverage these technologies to enhance customer experience.

“Ours is a world of hope, with innovation accelerators such as the Internet of Things (IoT), robotics, cognitive systems, 3D printing, natural interfaces and next-generation security,” he said.

“The future is hopeful but the ability to survive the future is dependent on how companies are able to transform their organisations with innovations in technology. [IT leaders] need to address these issues to be able to survive this era of change,” he added.

According to Araneta, today’s companies are constantly being disrupted by changes in technology. But while some have played it safe and stayed in their comfort zones, others have stepped out and innovated.

He cited as an example how Ikea is constantly innovating by embracing technology to better serve its customers.

Despite the Swedish furniture maker having achieved a high degree of automation for its R&D (research and development), design, manufacturing and delivery processes, thereby making it the market leader in ready-to-assemble home furniture and appliances, it has not rested on its laurels, he said.

He noted how back in 2013, Ikea began using augmented reality technology that allows people to project virtual furniture just with a click of a button on its app. By pointing the app at Ikea’s catalogue, uses can have a virtual look at what a chair would look like in a dining or living room.

Ikea has also begun building introducing wireless charging capabilities into some of its household items such as tables and table lampstands, Araneta said.

“If the end game is to enable IT in the product and services any company brings to market, companies have to innovate and think outside the box in order to move forward,” he argued.

CIO to work with LOBs 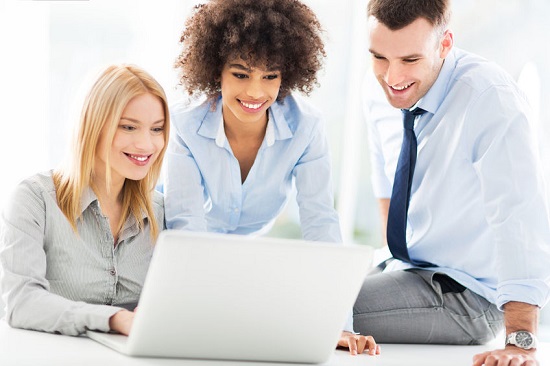 Besides having to innovate quickly by providing IT-enabled products and services, companies need to deliver technology the way their customers want them to, Araneta said.

The way to achieve this is to get their CIOs to work better with their line-of-business (LOB) counterparts, he added.

In the United States, where innovation is considered to be at its highest, LOB executives spend 56% of their organisations’ IT budgets, while CIOs spend only 44%, according to Araneta.

In Asia Pacific however, CIOs get the lion’s share of IT budgets. Even in the region’s more advanced nations – Australia and New Zealand – CIOs spend 60% of the IT budget compared with 40% by LOBs.

“The lesson here is that CIOs need to work with their LOB counterparts much closer so that they may use the IT platform to better deliver the kind of technology customers want,” he said.

Another area of concern that must be addressed in the current digitised world is the ability to cultivate tomorrow’s talent today, Araneta said.

According to IDC’s research, amongst the most difficult people to hire and retain today are IT architects, business intelligence and analytics executives, mobile developers, social community administrators, service and project managers, IT security specialists, and data architecture administrators.

“Many of these kinds of talents will need perks such as virtual workspaces in order that they may collaborate with each other; have early career and talent community development; a connection between employee and company mission; exposure to flexible working policies; and flexible working schedules.

“These skills will be very difficult to fulfil and meet,” Araneta said, “so organisations need to fight to retain these kinds of people because even if new people are trained, there will still be skill shortages.”

Edwin Yapp reports from the Avaya Technology Forum in Bangkok, Thailand at the kind invitation of Avaya Inc. All editorials are independent.