All good at Rhythm & Hues Cyberjaya … for now “I FEEL like a broken recorder, repeating the same things over and over,” says Hasnul Shamsudin (pic), senior manager of the Rhythm & Hues studio in Cyberjaya, Malaysia when Digital News Asia (DNA) called.

And, no, he was not talking about his parent company in Los Angeles going into Chapter 11 and laying off 250 people to buy it time to restructure its struggling business in the hopes of getting a new buyer. One of the laid off workers has filed a class-action lawsuit alleging labor violations.

Rather, Hasnul and his team of talented visual effects (VFX) artists had just spent the whole day answering calls and responding to all the congratulatory messages they had been getting after Life of Pi, which they had worked on, won an Academy Award for Best Visual Effects.

While R&H studios in India and Taiwan had played important roles in the movie too, for the Malaysian team, it was a win worth savoring as they had been instrumental in composing the CGI tiger, Richard Parker [name corrected] -- all 10 million digital hairs of him.

Small wonder Lee hailed the Malaysian team (click pic to enlarge) as being “great artists.” The entire Malaysian team was on a high with the country’s first win, kind of, in the Oscars. It helped push their fears over the future to the side, for a while at least.

For, great artists they may be, but they are now caught up in the warped economic reality of the movie industry where VFX studios have become caught in a spiral downwards as US studios compete with foreign ones on price to win business from the Hollywood studios.

What’s scary here is that R&H was apparently the studio that pioneered the concept of establishing studios in lower-cost locations in an effort to compete against low-cost competitors from the Philippines, India and Taiwan. Yet that was not enough to save it.

The price war meant that only the movie studios benefited with the VFX studios earning ever lower margins and being paid at the convenience of the major studios. Managing cash flow has always been a delicate balancing act here.

Did R&H realize this and was it planning to do something? Apparently yes. It was the only thing it could do: To move up the industry value chain and become the owners of its intellectual property (IP) by actually making movies itself – or at least start by taking stakes in various movie projects.

This was told to DNA last November by Prashant Buyyala, R&H international managing director and a member of its board of directors, when he was in town for the Malaysian premier of Life of Pi.

Prashant said the plan was to get into making movies by investing in a fund that puts in small stakes in various movie projects. This is to hedge their bets so that they can at least get one hit that pays for all the failures.

But more than, it would have allowed R&H to learn about the other aspects of the movie-making industry, without worrying too much about betting on one potential winner.

That clearly has come too late with the Chapter 11 filing.

So, what now for the talented artists in Malaysia, India and Taiwan, as they are all now in a state of nervous uncertainty as they wait to see the outcome of the reorganization?

Hasnul himself is confident this will turn out for the best. In fact, ignoring the hanging clouds, he gave a confident and glowing account of the company and the world-class team it has at the Malaysian Venture Capital and Private Equity annual dinner last week.

“I had to explain to the staff that Chapter 11 gives the company time to reorganize the business and attract new investors in,” he says.

Leading specialist entertainment industry investment bank Houlihan Lokey has been roped in to prepare the company for a sale.

“And there are interested investors,” says Hasnul, who admits to being surprised at the turn of events despite being told months earlier that they “have to be prepared for certain things to happen.”

While something has indeed happened, the R&H teams globally are all busy with existing projects, some with major Hollywood studies which are willing to lend money to keep R&H a going concern until its prospectus can be released to interested investors.

Salaries will be met too, R&H claims. One studio, Legendary Pictures, is even paying R&H extra money to help it finish the work it has committed to. In industry lingo this is called “overages.” Naturally these acts of generosity can be seen with a jaundiced view. The same Hollywood studios that have squeezed the VFX players to the edge are scrambling to ensure their critical CGI work gets done so they can get their movies screened. There is no altruistic streak at work here.

With the company being prepared for a sale, Hasnul notes that the Oscar recognition comes at a great time as it will help R&H attract “better quality investors” who will hopefully take it to the next level.

“We need to move from a services company to one that owns its own IP,” he says, repeating what Prashant had said four months ago.

Meanwhile, asked to comment on the protests of laid off VFX artists at the Oscars on Feb 25, Hasnul says it was less about industry jobs being outsourced to low-cost countries than it was about trying to get the VFX industry to be better recognized by the movie studios and to get a piece of the pie [from movies], instead of working to fixed rates set by the movie studios.

Clearly the push by the movie industry to maximize its profits has come at a high cost to a key part of the ecosystem. While some studious have their own VFX teams, for example Disney with Pixar and Industrial Lights and Magic, others don’t.

Can they afford to have this key skill set slowly wither away in the United States and just rely on foreign talent based in low-cost destinations, Malaysia included?

Retelling the Malaysian story: From talent to creativity and technology 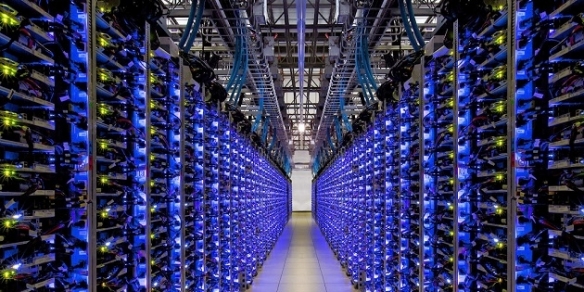