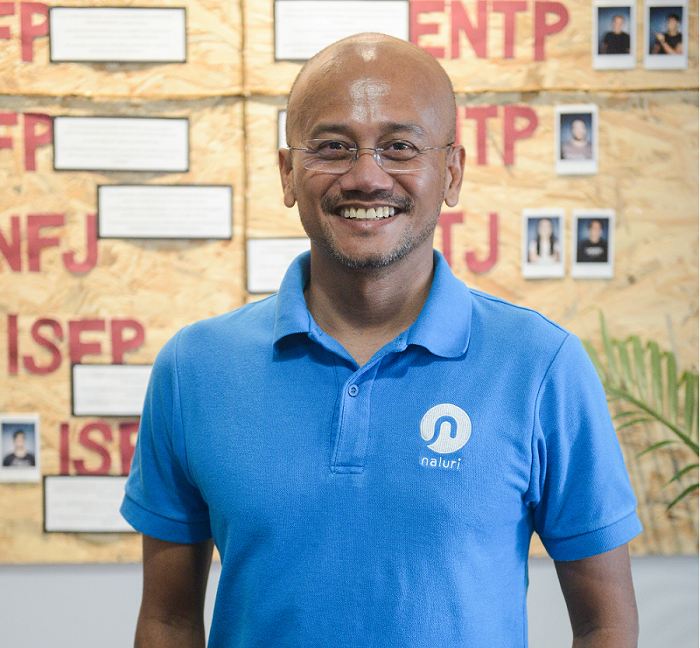 Azran Osman-Rani has an impressive track record taking Malaysian companies to the world stage: Former CEO of AirAsia X, and former CEO of iflix Group, just to name two. So it was no surprise that when it came to raising funds for Naluri, his new digital therapeutics startup, Azran could tap his extensive knowledge and network. No problems, right?

"Everybody turned us down," he laughed. "We had to go through so many investors."

Around 90, to be more precise, including a few that he kept pressing for over a year. Finally, his perseverance would pay off, and the final papers were due to be signed in early 2020 - which happened to be the same time Covid-19 was declared a pandemic.

"I was thinking, 'Oh my God', am I gonna survive after April?"

"Because by early March you have investors going, 'Yeah I think we can do this'. But still, no agreements have been signed yet, (and) oh shit, I've got a payroll coming," he said. And he did what all entrepreneurs do when faced with a deadline and serious consequences – rolled up his sleeves and hustled even harder.

"We just had to pull out all the stops to make it happen!"

And it did. In April 2020, Naluri Hidup Sdn Bhd completed a RM5 million pre-Series A round, led by a slew of local and international private investors, including Duopharma Biotech Bhd, M Venture Partners Pte Ltd from Singapore, and RHL Ventures from Kuala Lumpur. That gave Azran a runway for another 12 months of operations.

"It's a roller coaster ride!" he exclaims.

Mental healthcare for those with chronic diseases

How does running Naluri compare with iflix, the company he helmed immediately before?

"Both make me tear out all my hair, man!" he laughs, rubbing his shorn head. He sees them as different challenges. "iflix was much bigger stakes, you're talking about raising US$100 million every round," he explains. "On the other hand, (Naluri) is the one where I'm betting my kids education, my life savings, my EPF, my ASB - so I've got to make it work!"

But what exactly is Naluri?

"(It) is the specific field of chronic disease digital therapeutics."

To illustrate, Azran gives a very personal example. "Nine years ago I lost my father to diabetes and cancer," he recounts. "In hindsight, the doctors were only focused on the physical health part."

"What we now understand, is that he went through real depression," he said. "That stress and anxiety causes you to miss your medication, forget your chemo appointments and it just gets worse."

"No one provides mental healthcare support for people with diabetes, heart disease and cancer."

Azran is not the only one to see the opportunity. Livongo Health, a digital-health startup that helps people manage chronic diseases with specialised devices, raised US$240 million from VCs, and was valued at US$3.4 billion after the first day of IPO in mid-2019.

Omada Health, another Silicon Valley startup, combines professional health coaching and connected devices to help people with chronic conditions like diabetes manage their lives better. As of 2019, it was valued at around US$600 million.

Azran also happens to be close friends with one of its cofounders.

"I went to San Francisco while I was at iflix to catch up with my old university mates," he said. There, he saw them helping people get healthy, while he was - in his words - getting people addicted to "TV entertainment".

(That's) where the lightbulb moment came. The heat generated from that visit reached a simmering point two years later. "I had the iflix experience, and I had the personal reason. That's why I really want to commit to this."

What lessons can Azran bring to Naluri from his previous experiences as CEO?

For a start, he isn't worried about going up against heavyweights be it Emirates and Singapore Airlines, or Netflix, or now, Livongo or Omada.

One reason is because he has a window of opportunity. In his estimate, a company like Omada Health has only penetrated 3% of the US market. "So we've got around five years or so, in my view, before these big digital therapeutics companies decide, 'Hey we want to be global!'"

He needs to use that time to build up Naluri for the right market. "I feel that digital therapeutics is the one part of health tech, where localisation matters the most."

"Your typical diabetic Malaysian (is a) 35-year old family man with young kids, and eats at a mamak restaurant," pointed out Azran. "You tell them about kale, quinoa, chia seeds, yoga, Fitbit, meditation? Mana kena? So it has to be localised."

Another aspect of localisation are the deals that can be made with other health service providers in the region. "People think iflix is a retail product," he said. "It's not."

Azran is referring to the fact that most of iflix's deals were not individual subscriptions from the pulic, but instead deals made with telcos, for example, who in turn packaged iflix with their subscriptions.

Similarly, Naluri is cutting deals with insurance companies and corporate employers. "The b2b2c model of iflix is what I took to launch Naluri."

But Azran says how you package it is also crucial. They tried bundling it with digital insurance, but the take-up rate was "abysmal". Instead, they had to move to a more targeted approach, and bring in the insurance companies.

For example, perhaps an alert is triggered that you have made a claim for diabetes medication.

"The insurance company knows right now, you might be costing them RM2,000 a year. If there are 50,000 of you, (and) if I don't do anything within five years, (then) half of you will cost me RM 10,000 to RM 50,000 a year, because your hypertension has now become heart disease, your high blood sugar has now turned into dialysis."

"So as an insurance company, now I can say, 'I noticed you've triggered an alert, let me offer you Naluri."

Azran has a clear idea what needs to be done within the next five years, the self-imposed deadline to make Naluri work before the well funded startups from Silicon Valley expand.

"We've got to show that we can in the next 12 months go much deeper in Indonesia, much deeper in Singapore, and hopefully even be able to start Philippines and Thailand," he stressed. "Then this becomes a true regional story."

The other thing Azran feels he needs to do is to get digital therapeutics recognised as standard treatment. "Doctors are very conservative, they won't recommend to their patients something if they don't have evidence," he said, explaining a need to publish compelling results in medical journals. "You have to show repeatable consistency."

One thing Azran is already sure he understands is that a Malaysian company Naluri can take on the world, one step at a time, market by market. After all, he did it with AirAsia X and iflix.

"That's our bet,” he said. “You can't just use a US model and offer it globally." Mana kena, he might add. 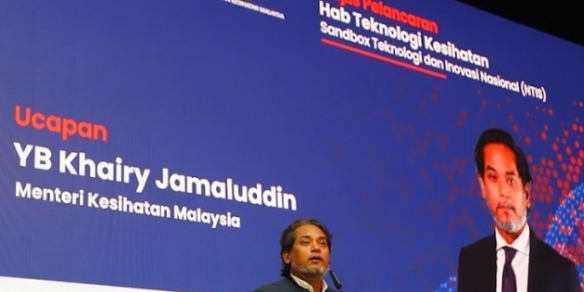