Celcom: We don’t want to be a dumb pipe 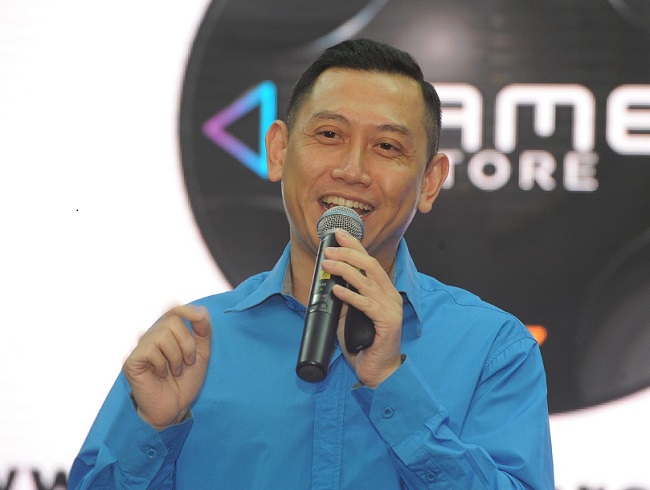 FOR Celcom Axiata Bhd, one of Malaysia’s ‘Big Three’ mobile operators, the launch of its three new over-the-top (OTT) services carries one simple message: “We don’t want to be a dumb pipe.”

According to its chief of sales and marketing officer Zalman Aefendy Zainal Abidin (pic above), the OTT services will also help the company be more relevant in the future.

“Today, consumer demand for data is not for the sake of data, it is because they want to consume different types of content – music, video, games, messaging, etc.,” he said at the launch of the three new services in Kuala Lumpur yesterday (March 30).

“We feel that as a telecommunications company, we really need to complete the ecosystem for our customers.

“It is not just about us delivering the network that gives people access – we want to make sure that we are also part of the ecosystem that delivers that amazing content our customers are downloading or consuming,” he added.

Zalman said telcos would become mere ‘dumb pipe’ providers if they “don’t embrace the reason why people access data or the Internet.”

“We don’t want to be just the guy that gives the access pipe … we want our customers to stay with us as much as possible.

“To do that, we need to provide compelling reasons for customers to use our network,” he added.

The launch of the OTT platforms is only the latest in Celcom’s efforts to remain relevant in an increasingly digital and data-driven world.

For example, it tied up with SK Telecom’s e-commerce subsidiary to launch the 11street e-commerce portal in Malaysia, and partnered New York-based Yonder Music Inc to bring digital music services to its subscribers. Game Store is a mobile gaming portal that hosts about 1,000 games, some of which can be purchased outright, while others will be bundled on a subscription basis. For example, users can get access to a suite of sports-related games for a weekly fee of RM4 (US$1).

The Big Win is a portal hosting a range of games and contests such as trivia, treasure hunts, boardgames, and others. Some of these contests are free, while others can be had for a daily subscription fee of RM1.

“We hope to turn this into a contest portal that everyone goes to, so perhaps in the future, if a bank wants to organise a contest, it can do so on this platform,” said Celcom chief executive officer Shazalli Ramly.

Finally, emomi365 is a portal that offers various digital products and content like music, applications, videos, games and others for special celebrations and occasions throughout the year. Currently, it has over 140 content providers on board.

The three OTT services, if successful, should help Celcom grow its revenue and average revenue per user (ARPU).

However, Shazalli said there is a bigger picture.

“In order for the ecosystem to be successful, it requires all content providers to come back,” he said.

“If you remember, there used to be a lot of content providers which struggled after the Value Added System (VAS) platform was sort of diminished by the presence of OTT players,” he said.

“This is part of our effort to resuscitate this group and try to be another platform where these content providers – which were so familiar with selling content like stickers and ringtones during the days when we were still using normal phones – can come back and sell on the digital platform.

“Our emomi365 system is able to handle hundreds of thousands of content providers – we are ready for it,” he added.