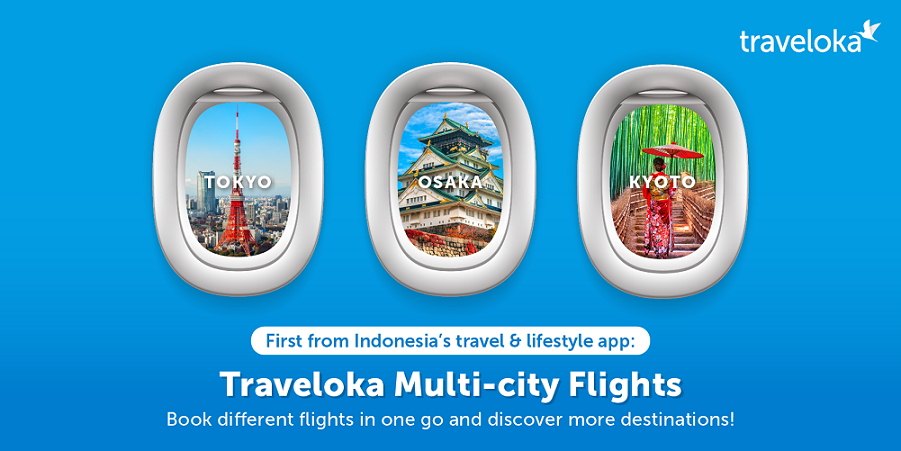 TRAVELOKA, an Indonesia-based technology company that provides online travel and lifestyle products for domestic and international destinations, officially announced its newest flight feature innovation, multi-city, a feature that allows users to book flight tickets to several destinations in one transaction.

As the first Indonesian technology company which introduces multi-city flight feature, users can easily add two additional destinations from and to several international destinations, such as Japan, South Korea, Australia, China, Europe, and the United Kingdom.

Outbound travel is projected to grow over the period of 2016-2021. Traveloka Business Development senior vice president Caesar Indra, said, “We understand that outbound travel shows positive growth. This is also in line with our understanding and valuable input from our users to provide a multi-city flight features.

“When travelling abroad and staying in a country, travellers often move from one country to another. For instance, when visiting Japan, they will arrive in Tokyo but move to Kyoto or Osaka on another day and make the last city they visited as their return flight location. By using the multi-city flight feature, we want to invite users to explore the world around them and also committed to accommodate users’ needs."

“With this new flight feature, we hope to be able to further enhance our user experience while strengthening the evidence of our commitment to provide end-to-end and integrated solutions for travel & lifestyle," Caesar Indra concluded.