MALAYSIAN software billionaire Dr Goh Peng Ooi (pic above) and his team at Silverlake Axis Ltd have reasons to be all smiles this year, with demand for the company’s solutions and services expected to remain encouraging.

Its business model also exhibited a certain resiliency, with the software company managing to grow its business despite a sharp fall in the sales of its software and hardware products.

In a media statement last week, the company said that merger and acquisition (M&A) activities amongst banks in Asia will continue to bolster demand for its software solutions and services, even though the regional economy outlook is likely to remain mixed this year.

“Besides expansion through mergers and acquisitions, it is also important for regional banks to entrench their foothold by competing effectively in the digital ecosystem for customers through constant investment in digital and mobile banking,” said Silverlake Axis group managing director Raymond Kwong.

“Such a trend will provide us with steady business opportunities in North-East and South-East Asia,” he said in the statement.

Besides opportunities in the banking sector, Silverlake Axis also hopes that its recently completed acquisition of Finzsoft Solutions Ltd would pave the way for it to expand to new markets in Australia and New Zealand.

“As we pursue new business opportunities, the group will continue to place priority on the successful execution of the software implementation projects on hand,” the company said in its statement.

Silverlake Axis’ share price has appreciated by 5% so far this year, and over 60% over the past 52 weeks.

The company, which is 66.31%-owned by founder Goh, currently commands a market capitalisation of US$2.96 billion.

Goh is also one of the entrepreneurs who made it into Digital News Asia’s inaugural Digerati50 list. 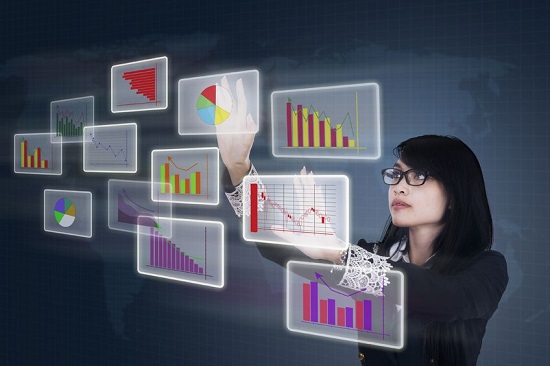 Silverlake Axis, which provides solutions and services to the banking, insurance, payment, retail and logistics industries, managed to grow its revenue and income during the third quarter (Q3) ended March 31, 2015.

The jump in revenue and earnings was mainly driven by its maintenance and enhancement (M&E) services business, which grew by 70% in the third quarter and 38% in the nine-month period to RM91.09 million and RM215.28 million, respectively, thanks to the implementation of the Goods and Services Tax (GST) in Malaysia.

During the third quarter as well as the nine-month period, sales of software and hardware products fell 80% to RM4.57 million and RM6.18 million, respectively.

Excluding the sales of software and hardware products, Silverlake Axis would have registered a 23% jump in revenue during the third quarter.

The increasing contribution of the M&E business also helped the company improve its net margins by 5.6 percentage points, from 48.1% to 53.7%.

Silverlake Axis also proposed a third interim dividend of 1.1 Singapore cents per share, an increase of 10% over the previous corresponding period.

In line with analyst expectations

The results were mainly in line with analysts’ expectations. In a research report, UOB Kay Hian highlighted that Silverlake Axis’ nine-month net profit was 72% of its full-year estimates.

It expects the software maker to register RM289 million net profit on the back of RM566 million revenue for the financial year ending June 30, 2015.

These estimates were made based on Silverlake Axis’ strong business model, UOB Kay Hian said.

“We reiterate that Silverlake Axis derives about 50% of its revenue from M&E services and expect this segment to remain resilient as the group has a 100% retention rate for its existing group of clients.

The UOB Kay Hian analysts estimate that Silverlake Axis has about five quarters of order book backlogs valued at approximately RM250 million – which will provide a good buffer to any growth downside risks.

“Of this amount, project licensing accounts for 40% while project services comprise the other 60%,” UOB Kay Hian said.

It also added that Silverlake Axis’ dividend payout ratio of 90% is expected to be sustainable, backed by the company’s net cash position of RM327 million as at March 31, 2015.

Global Info-Tech (GIT), of which Silverlake Axis owns 27%, is expected to be listed on the Shenzhen stock market soon.

“Upon listing, we expect GIT to ramp up scalability and capabilities and will not rule out M&A activities for it to grow inorganically,” UOB Kay Hian said in its report.

“Despite the dilution post-initial public offering (IPO), we expect Silverlake Axis’ ownership of GIT to remain above 20%,” it added.

The report highlighted that GIT, whose net profit growth was in the region of 7-10% annually between 2011 and 2013, is expected to be able to take on larger projects post-IPO. This could result in GIT’s net profit to grow by more than 20% annually.

“We expect Silverlake Axis’ share of profits from associates to grow 30% year-on-year to RM9.7 million in 2015,” said the UOB Kay Hian analysts.