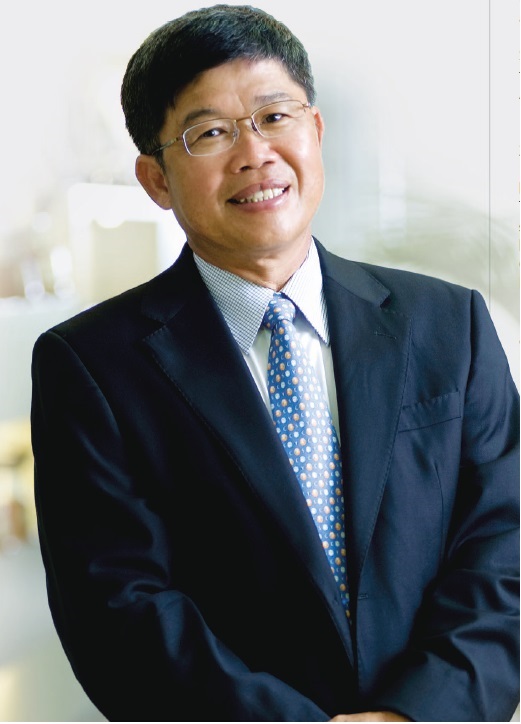 IT is safe to say that Dr Goh Peng Ooi (pic), founder and chief executive officer of enterprise software company Silverlake Axis Ltd, is a one of a kind in the tech ecosystem of Malaysia.

But what else makes him really unique is how his passion for mathematics and physics sees him infusing his conversations and management philosophy with equations and theories, with the odd biology term thrown in for good measure.

Not surprising then that in response to email questions from Digital News Asia (DNA), Goh points out, “I always wanted to be a mathematician-physicist. I was especially intrigued by the foundation of mathematics and its relationship with physics.”

To wit, when asked how he handles his yearly message to the organisation that reemphasises the journey, the mission and the purpose of Silverlake, which also is an MSC-Malaysia company, Goh shares an anecdote from Confucius and ends with a term from evolutionary biology.

According to Goh, there are methods of teaching that can be simple, yet effective.

He employs one he calls “Conditioning to Evolutionary Convergence.” In evolutionary biology, Convergent Evolution is the process whereby organisms not closely related, independently evolve similar traits as a result of having to adapt to similar environments or ecological niches.

While this may be hard to digest for most people, what is a lot clearer is the fact that Silverlake, which listed with minimum fuss in 2003 on the Singapore Stock Exchange, has seen a stellar rise in its share price over the last 12 months from S$0.48 in December 2012 to a high of S$0.90 on Dec 24, 2013.

With Goh owning a remarkable 74% of Silverlake, which is headquartered in Kuala Lumpur, his stake is worth around S$1.45 billion (US$1.14 billion) in the company he founded in 1990 after leaving IBM a year earlier.

At IBM, Goh was asked to take charge of banking and immediately realised that banking and economy had a lot to do with axioms, or in laymen terms, mathematical assumptions.

“At that time (early 1980s), the problem of core banking was a major challenge for technology companies, but I pointed out to IBM that all the companies had got it wrong. Core banking is about a certain environment, not about specific things or technology, and that environment was Group Theory (a mathematical concept),” he says.

Suffice to say, IBM could not see the picture Goh was trying to paint for it and he left, launching Silverlake to build “the right environment,” as he describes it.

Today, that environment consists of a set of services and hardware/ software solutions for the financial sector that, in November, 2012, led CIMB Research to describe Silverlake as the ‘Undisputed King in Asean,’ with over 85% of its revenue from South-East Asian banks.

Its high margins are consistent with companies that own their own intellectual property (IP), with Goh emphasising that Silverlake builds environments, not piecemeal software.

“There are two major environments here. One is the core environment, which applies to any core for any industry. As time passed, it has spread out from banking to airlines to retail chains to insurance. The IP and related products for this were listed as Silverlake Axis in Singapore in 2003,” he says.

At the same time, he has spent 17 years building what he calls a futuristic environment for the Digital Economy.

“It needs further funding in R&D and there is no guarantee of success, but it is just starting to accelerate,” he says, hinting at even greater future success for Silverlake Axis.