WHILE on holiday in China in late 2016, Fave founder Joel Neoh (pic, above) was so impressed by the convenience provided by mobile wallets like Alipay and WeChat Pay that he wanted a payment solution to complement the Fave platform.

Fave has come a long way since its foundation in mid-2016, pivoting from its fitness centric Kfit platform to becoming the deal and rewards platform that it is today. The company also acquired the Groupon business in Indonesia, Malaysia and Singapore.

After three to four months of development, Fave has taken the wraps off FavePay a mobile payment feature on the platform that allows its users to pay with their smartphone at participating merchants registered with Fave.

“Mobile payments are taking off and this will be one of the biggest things that will change consumer behaviour,” said Neoh.

He believes that just like in China, mobile payments will eventually come down to the street level allowing customers to transact with both organised businesses like restaurants or cafes and even at roadside stalls with QR codes.

Smartphone penetration is particularly high at 139% and they are the main device for Internet access for most users. This then presents a big opportunity for businesses but they are not able to connect to consumers efficiently.

Neoh explained that FavePay is simple to use. Just order your food or drink, take out the Fave app, scan the QR code, proceed to pay and show the receipt to the cashier to complete the transaction.

But FavePay is not just about offering a convenient way for users to pay on their platform, it also ties in with rewards or discounts in the form of cash back or points that they can redeem on their next visit, thus generating returning customers for merchants.

Presently, users are only able to make payments on FavePay via credit cards, but Neoh adds that FavePay will be supporting Alipay in the coming months to capitalise on the influx of Chinese tourists coming to the Southeast Asian region.

“We realise this may be the best way because the payment space in Southeast Asia is very fragmented. So, one other inherent benefit that we offer merchants is that FavePay would be able to accept multiple payment methods and by just using a QR code, customers can scan and pay for their order.” “We are taking the first steps to evolve Fave into something like a one-stop solution for local businesses. We want to provide our FaveBiz platform to merchants to let them create and adjust their own campaign and see what are the returns and cost per user acquisition.”

Thus far, brands like Llao Llao are highly supportive of the FavePay platform. Group marketing officer Jessica Lee of Loob Holdings, which manages the Llao Llao brand, says that there has been a significant increase in sales, transactions and new customers since they started using FavePay.

“Fave successfully helped us acquire and retain 50% of our new customers in the first month,” she said.

Neoh believes that FavePay is the final piece of the puzzle that completes the Fave platform, complementing its Favebiz and its consumer facing Fave Deals.

Fave said it has of over six million users in the region spanning with three million in Malaysia, 1.9 million in Indonesia and 1.2 million in Singapore.

At present, FavePay is available through 500 of its partners in primarily the Klang Valley, a figure it has grown over the past three months, and 250 partners in Singapore.

“Though most of our concentration is around the urban areas, that is because we need to optimise and tweak our model before expanding to other cities,” said Fave co-founder Yeoh Chen Chow.

Neoh explained that FavePay has not launched in Indonesia yet as the credit card penetration in the country is very low. He believes that the eventual entrance of mobile wallet players like Alipay or WeChat Pay may pave the way to launch FavePay across the country.

FavePay is, however, going to expand to Bali, Indonesia due to the high number of tourists and is also going to other cities across Malaysia in the coming months.

KFit to drop e-commerce of Groupon Malaysia, focus on being best sales app 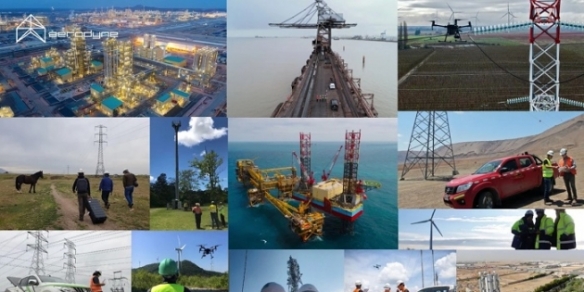