Dell out to fill the gaps in changing competitive landscape IT has been 20 months since Michael Dell bought back the company he founded in the 1980s from the stock market, and turned it into a private firm.

For Harjeet Singh Rekhi (pic above), general manager for Client Solutions at Dell South Asia, that seems to be the best thing that has happened to the company.

“Without a doubt, I would be speaking for many of us – we can’t believe the transformation that has happened in the organisation after we’ve gone private … it’s even gotten better and faster and more nimble, so decision-making is a lot faster, and we are investing a lot more in R&D (research and development),” Harjeet told Digital News Asia (DNA) in a recent interview in Singapore.

And the fruits of this boosted investment has begun showing up in the Dell portfolio, considering that product development cycles typically take anywhere from 15 to 18 months.

“We’ve never seen the product range that we’ve had for the last two years, and ever in our lives before,” Harjeet proudly admitted. “Just in terms of its innovation scale – and its range scale is dramatic.”

Clearly, he meant that in a positive sense, referring to the nearly 60 design and industry accolades that Dell’s recent products have won at trade shows such as Consumer Electronics Show (CES) and Computex this year, particularly for the XPS 13 ultrabook (pic below).

Harjeet likes to refer to innovation and range (or coverage) as scales on a portfolio strategy chart.  The former is about introducing leading-edge but potentially niche products, while the latter points to the ability to offer a wide portfolio to cover all customer segments.

He believes the key is in finding the right balance between the two.

“You go too much into innovation, and your products are priced out of the market. If you’re too much into coverage, you’re fighting for every cent with your consumers, with your commercial customers and your partners, and you’re putting pressure on your suppliers,” he said.

Innovation aside, Dell’s ‘range’ has clearly expanded as well. It currently groups its entire offering around its ‘S4’ strategy, namely Systems (PC, server and workstation hardware), Software and peripherals (everything from Microsoft Office to monitors to power banks), Services (warranty upgrades, cloud computing); and industry Software solutions (which includes more than 200 products geared towards large enterprises).

No doubt sceptics would say that Dell is being overly ambitious and would end up being a jack-of-all-trades and master of none, but at least one analyst DNA spoke with in a previous article believes that Dell’s focus on leveraging industry-standard and open technologies sets it apart  as an end-to-end solutions provider.

Laurie McCabe, partner at consulting firm SMB Group noted, “Dell is positioning itself as a one-stop shop for all cloud offerings ... and the formation of its new Research group signals the company’s intent to take a more innovative approach going forward.”

More importantly, the company believes that as the changes in the competitive landscape start to take place, particularly with Sony and Samsung exiting the PC market and Hewlett-Packard splitting into two separate entities, it would provide Dell with more opportunities to fill the gaps left behind by these players. 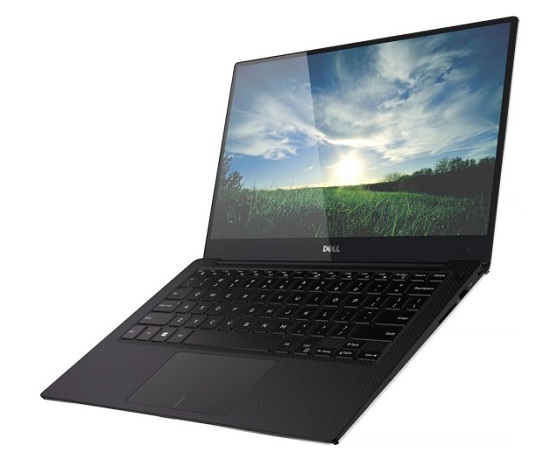 In the case of the traditional PC market, Harjeet is confident that Dell South Asia’s prospects would rise, despite the slowing growth of that market and the company’s global share remaining flat at around 13.5% year on year, according to IDC figures.

“For us, the PC is alive and kicking – we’re seeing a resurgence in that industry.  We’ve seen wide shifts in the smartphone business and television business, but the PC has remained stable on many fronts – stable on volumes (while we know it has declined, it hasn’t plunged) and pricing,” he noted.

But while Dell continues to compete in this market, it has significantly increased its emphasis on the enterprise space, and this is where Harjeet’s confidence is justified.

In the enterprise client device market, which is primarily made up of thin clients, IDC reported that Dell managed to secure the top spot in the fourth quarter of 2014, with almost a third of market share, gaining 12% year-on-year.

Still, with the convergence and consumerisation trends that are occurring within the enterprise, the company believes that the line is blurring between consumer and commercial products.

The overlap between smart devices and PCs are also becoming more apparent, but don’t expect too many tablet-laptop hybrid (or convertible) models from the company just yet.

“Convertibles are here to stay, but they are not as yet mainstream,” Harjeet said. “The mainstream is still the clamshell.”

Though not for long.  According to research firm Gartner, the worldwide shipments of what it terms as 'hybrid' devices (which includes convertibles and detachable 2-in-1 products), are on track to reach 21.5 million units in 2015, an increase of 70 percent from 2014.

As such, Dell has upped the stakes in the convertible form factor, introducing a line of notebooks with a 360-degree hinge and a touchscreen (similar to Lenovo’s Yoga notebooks), but targeted at the entry-level market in countries such as Indonesia.

“We are very happy with the response, we are now thinking of introducing a lot more products,” he said.

And as the launch of Microsoft’s Windows 10 operating system draws near (it will be available on July 29), one can reasonably expect the world’s third largest PC maker to unveil these devices powered by the new touch- and tablet-friendly software in time for the holiday season.