Cal Braunstein, lead analyst at Robert Frances Group (RFG), an international IT consulting and research group, noted in his report that the privatisation of Dell Inc closes a number of chapters for the company and puts it more firmly on a different course.

“Michael Dell and the management team have major challenges ahead as they attempt to change the business model, re-orient people’s mindsets, develop innovative, efficient and affordable solutions, and fend off competitors while they slowly back away from the consumer market,” he wrote.

Braunstein added that Dell wants to be the infrastructure provider for cloud providers and enterprises of all types, becoming the top vendor of choice for end-to-end IT solutions and services.

“As the company still has much work to do in creating a stronger customer relationship sales process, Dell will have to walk some fine lines while it figures out how to create the best practices for its new model. Privatisation enables Dell to deal with these issues more easily without public scrutiny and sniping over margins, profits, revenues and strategies,” he added.

In a blog post sharing his thoughts on Dell World, J.P. Gownder, vice president and principal analyst at Forrester Research serving Infrastructure & Operations Professionals. noted that Michael Dell spent a good deal of time emphasising that the company now has the opportunity to make bigger bets.

“The only problem? A paucity of evidence -- so far, at least -- that the new Dell [Inc] has begun taking a whole lot of new risks just yet,” he wrote.

Gownder added that some products announced by Michael Dell during his product-centred speech, were interesting, but few of them rose to the level of “taking big risks.”

Already a leader in monitors, Dell Inc will bring to market a 4K ultra-HD monitor for under US$1,000 sometime in 2014 which Gownder described as an “aggressive, promising move, but hardly involving any earthshaking levels of risk.”

“A new Chromebook offering will leverage Dell’s powerful direct and partner sales channels and strong brand reputation to target education and potentially other verticals. A good move, but one that plays catch-up to rivals like Samsung, Acer, and HP in the Chromebook space,” he added. 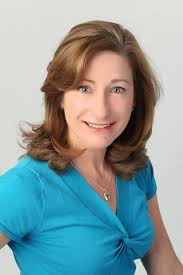 Sharing her thoughts from Dell World, Laurie McCabe (pic) a partner at SME-focused technology industry research, analysis and consulting firm SMB Group, counted Dell Inc expanding its cloud strategy and footprint in a significant way with Dell Cloud Manager, which manages controls different cloud offerings, and its newly inked deals with CenturyLink,  Dropbox and Google as her main highlights from the conference.

“Dell is positioning itself as a one-stop shop for all cloud offerings. Taken together, Dell Inc's new offerings with its commitment to OpenStack/RedHat for PaaS, and the formation of its new Research Group, signals the company’s intent to take a more innovative approach going forward,” she told Digital News Asia (DNA).

McCabe added that the company’s focus on leveraging industry-standard and open technologies bodes well for its goal of becoming an end-to-end solutions provider as this approach reduces costs and pricing.

When asked how the company would fare in enticing the SMB market, she noted that the cloud is a big gateway for companies in this segment and it was a matter of whether Dell can be that true end-to-end provider for them.

“The biggest obstacle is that a large portion of the market still views Dell Inc as a box provider and/ or not providing good customer service and support. In reality, these things have changed, but it takes a long time for perception to catch up with reality,” she added.

Forrestor’s Gownder added that while the sentiments of risk-taking and startup culture are bold – and appropriately so as evidenced by the inclusion of entrepreneur Elon Musk as a speaker at Dell World – Dell Inc still has a burden of proof ahead of it.

“The company continues to evolve into a software, services, and security company – areas of the business that are growing rapidly. Yet two-thirds of the lead generation for sales of these new services come from enterprise customers engaged in conversations with Dell about PCs and tablets -- a.k.a. the legacy business.

“The next step for Dell is to make strategic moves commensurate with its new risk-taking image,” he wrote.

Up next: Dell’s plans for Asia, a matter of priorities