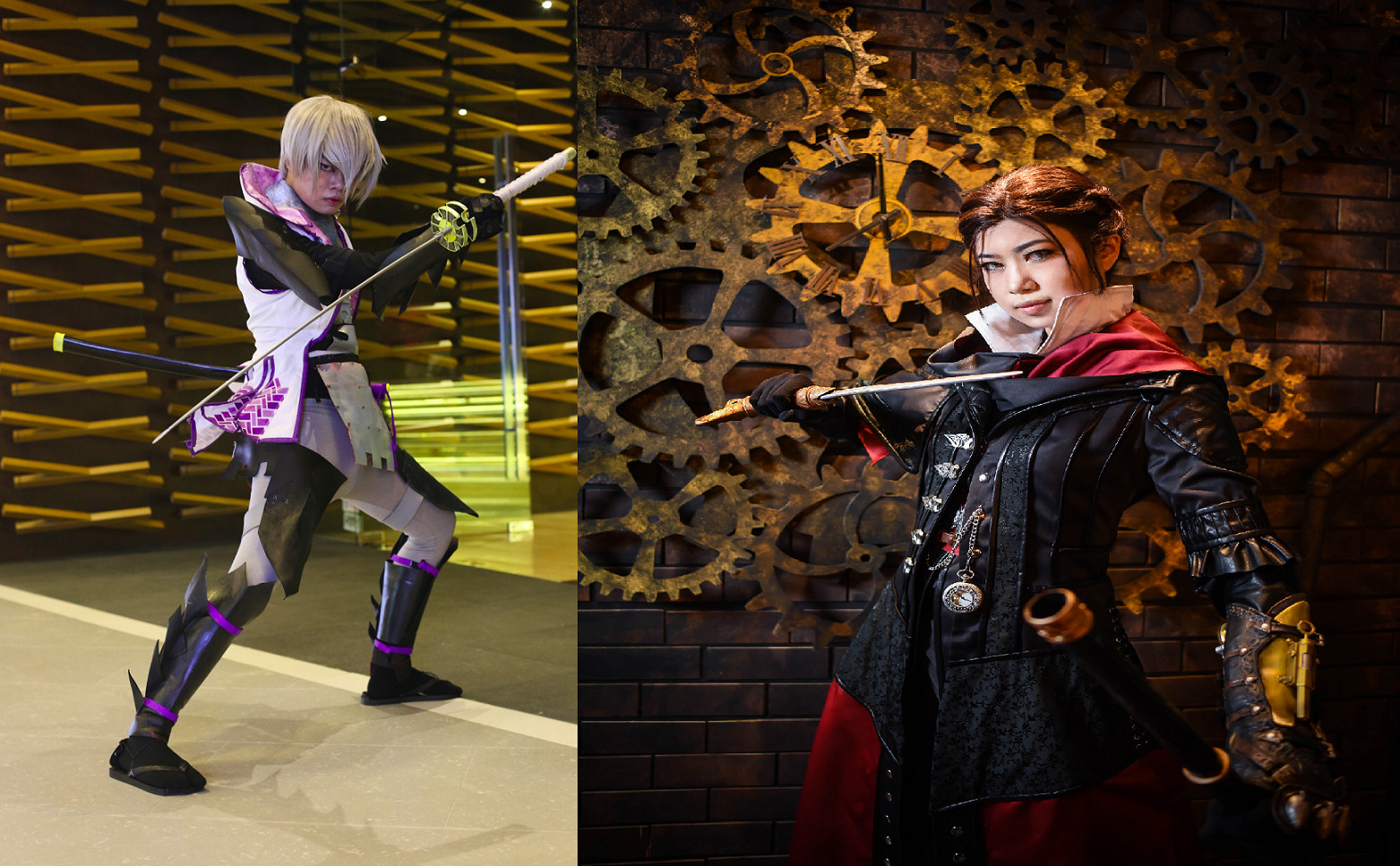 THOUGH steadily gaining popularity, cosplay is still relatively new in Malaysia. The first big event that drew a significant number of local cosplayers was the anime event Comics Fiesta in 2002.

Cosplay originated in Japan – the term is a combination of the words ‘costume’ and ‘play’ – and is where people dress up to represent their favourite characters from comics, anime, film, games, and various other forms of media.

On a parallel but perhaps faster trajectory to cosplay in Malaysia is gaming. eSports is now widely accepted as a mainstream activity and gamers, universities and even parents are recognising it as a legitimate career.

What do gaming and cosplay have to do with each other? Technically, any character from any media can be cosplayed so it is no wonder that people choose to dress up and act as their favourite heroes and villains from the games they play.

In today’s world where everything is on the cloud and interactions come down to 10-second Snaps or Insta-stories that disappear, there is something to be said about painstakingly researching a character and crafting a costume and then embodying your favourite digital character out in the analogue world.

“I see cosplay as an art form and a way to bring my favourite fictional characters from the screen or page into real life. It’s one way I express my love and appreciation for the fictional worlds and characters that have given me hours of entertainment, inspiration and life lessons through their stories,” says cosplayer Cappy Lannoire, who cosplays Evie Frye from Assassin’s Creed Syndicate and Élise de la Serre from Assassin’s Creed Unity.

For Cappy, the best part about cosplay is getting all aspects of the character portrayal accurate, from minute details in the costume to facial expressions and body language.

En Li, who cosplays Ishida Mitsunari from the game Sengoku Basara says that he likes making the props that go with his costume the best. “Making something new comes with many problems to solve from the overall concept to what materials and building methods to use. Researching on the Internet and discussing the problems online with other cosplayers and prop makers is very interesting, and sometimes I even make friends through these activities,” he says.

Cosplay not only allows ordinary people to explore their own creativity but also literally be someone else for a day. “What I love about cosplaying is how I feel light and free walking around as someone else. It’s like a holiday from the real world and a good way to relieve the stress of real life,” says Johan Liebert, who cosplays Yamanbagiri Kunihiro from Touken Ranbu.

Psychology tells us that people play different roles in their social lives every day – this is called role theory – whether it be ‘entrepreneur’, ‘gamer’, ‘husband’ or ‘mother’.

Gaming cosplay provides the opportunity for gamers to physically step into roles they only inhabit second-hand through avatars in the digital world, roles they would never otherwise play in their real lives - ‘warrior’, ‘evil overlord’ or ‘Italian plumber who rescues a princess and becomes a hero’.

Cosplayers play characters that they identify with in some way, whether it is something as simple as liking the clothes the character wears or a deeper connection such as finding a similarity in personality or personal journey. Johan (pic, above) says that she cosplays Yamanbagiri Kunihiro because his personality is similar to hers and she identifies with his fight to not give in to society’s expectations of him. “Using my own judgement and making my own decisions without being influenced by others is my way of life too,” she says.

Cosplaying can also be aspirational – Cappy and En Li both say that while the characters they cosplay are inspiring for overcoming numerous challenges, they also see in these characters physical skills they wish they had or personality traits they wish to emulate.

Media companies and game developers certainly like cosplayers walking around in the real world dressed as their characters; it creates hype, is basically free advertising, and fans and potential fans have lots of fun.

More than that, cosplay has been influencing the way publishers and developers create games and interact with fans for years.

Game developer Bioware first released Character Kits, detailed descriptive high-resolution character designs for cosplayers to use when creating their costumes, in 2014. The idea for these kits stemmed from conversations between artists and fans at conventions about details of character design.

The interactions work both ways – game developers have used feedback from fans, cosplayer and non-cosplayer alike, to figure out what the community likes and wants and make updates and improvements to their games.

Former Bioware community manager Jessica Merizan has stated that constructive dialogue between fans and developers creates a trust between the two that is critical to success as it translates to better games and a stronger community.

Even without direct interaction with developers, designers and artists, game cosplayers feel a deep connection with the characters they play because they also control its avatar in the game and make decisions that affect the course of the characters life in the game

While the popularity of cosplay is increasing in Malaysia, it is certainly not on par with popularity in the US, Japan or parts of Europe, and it is not as mainstream as gaming. All three cosplayers agree that increasing popularity comes down to the general public understanding what cosplay, which will lead to more coverage by mainstream media and more events organised.

“Cosplay is more than just dressing up,” says Cappy. “It involves skilled craftsmanship, artistic expressions and a sense of aesthetics, among many other things. Maybe if more people saw it this way, more people would be compelled to put in time and money to indulge in this hobby.”

The cosplay competition of DNA’s HotShotz eGames Festival will be open for registration soon. Watch out for details on the website or Facebook page. Registration for the fourth gaming qualifier is also open.