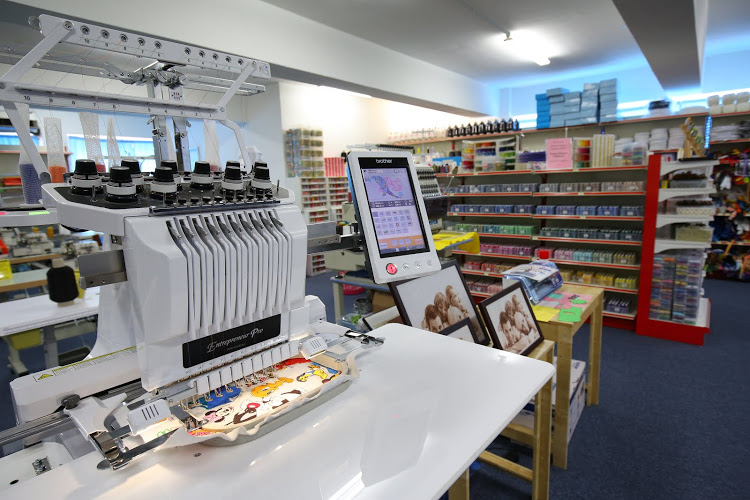 IT is no surprise that Linggam Ramoo, who runs the family-owned sewing machine retailer Lings Service Network (M) Sdn Bhd (LSN), is a keen believer of online marketing – after all, it transformed the company’s business.

“In the past, our company was more focused on repair and maintenance, not so much on selling. Today, we are more focused on selling,” the LSN operations director told Digital News Asia (DNA) on the sidelines of Google Inc’s ‘Helping Small Business Think Big: Trends in South-East Asia’ event in Singapore recently.

“These days, we are selling more than 200 sewing machines a month,” Linggam said, adding that a large part of the success the company enjoys today can be attributed to its decision to go online. Linggam’s journey began when he was in primary school in Kuala Pilah, a small town in Malaysia. He and his brother Suppaiyah went knocking on every door in the housing estate to sell sewing machines for his father.

“Selling sewing machines is pretty much in my DNA,” Linggam (pic) said.

When he moved to Kuala Lumpur to further his studies in 2004, he saw the potential of the sewing machine market and decided to take over and rejuvenate his father’s business. It was then that LSN was born.

In 2009, one of his customers told him that people were talking about his company in an online forum. Wanting to see it with his own eyes, he logged on to the forum to check it out.

“I was amazed and surprised about the conversations in the forum, so I started to post promotional material on the forum, but realised that it was not right to put such content on a forum.

“I contacted the administrator and asked about placing promotional material on the forum, paid a very small amount, and started to see some leads,” he said.

For about two years between 2009 and 2011, Linggam used the forum to engage with existing and potential customers – answering customer queries on the availability of particular sewing machine models, maintenance, and other issues.

He also used conventional methods like flyers, mailers and catalogue advertisements to inform potential customers of the latest sewing machine models and technology.

“But the leads were still slow in coming,” said Linggam.

In 2011, Linggam decided that instead of using the forum as the sole platform to engage with his customers, LSN should start its own e-commerce website.

“I started with a RM10-a-day budget on Google AdWords for a month to test the waters. I was surprised that a lot of leads were coming in,” he said.

“Of course, that was during the early days – today, on days when we have promotions, we spend more than RM1,000 a day. We spend it on various platforms, including Facebook,” he added.

Besides helping the company to reach out to its potential customers more cost effectively, setting up a web presence and the e-commerce portal has also enabled the LSN to go nationwide.

“With a physical shop, we were limited in terms of our potential customer base. To capture new customers in another state, we would have needed to have a physical presence there.

“But with the e-commerce portal, we can now serve the entire country,” Linggam said.

LSN’s adoption of e-commerce falls in line with what the Malaysian Government has been attempting to encourage  with the country’s small and medium enterprises (SMEs): To adopt digital technologies and harness the Internet for greater competitiveness and efficiency.

E-commerce was identified as a key area of growth under the Digital Malaysia programme launched in June, 2012, a Government initiative to transform the country into a fully-developed ‘digital economy’ by the year 2020.

Digital Malaysia shifted into second gear in January, 2014 with what was called the DM354 Roadmap, which focused on enabling three areas: Access, Adoption and Use, with an eye towards increasing the relevant adoption of digital content and wider usage of digital technology by government, businesses and communities to improve productivity and enhance the quality of life.

Under DM354, e-commerce was given further impetus with efforts such as the #MyCyberSALE, rolled out by Digital Malaysia lead agency Multimedia Development Corporation (MDeC) in partnership with the industry, to further push the e-commerce envelope and drive wider SME participation. It would seem that LSN’s heavy focus on conventional marketing and advertising methods are over. Today, more than half of its advertising budget goes to online and mobile.

“Using Google AdWords has allowed me to save between 50% and 75% in marketing costs. Also, for every RM1 spent on AdWords, the return is anything from RM35-50,” Linggam declared.

Using Google’s analytics tools, Linggam also noticed that an increasing number of people visiting LSN’s website were accessing it via a mobile device.

“In 2013, I found out that on average, half of my potential customers were coming to the site via mobile. In 2014, the ratio of mobile to desktop traffic was sometimes as high as 7:3,” he said.

As part of its strategy to serve its customers better, LSN has developed a new mobile-optimised site.

“Click-to-call ads really help when potential customers come across our promotions on their phones – they can now call us easily and quickly when the content of our ads matches up with their search,” he said.

Not a dying industry

Linggam said he believes that there are still plenty of growth opportunities in the sewing machine business, driven by an increasing consumer interest in crafts, as well as a growing number of small businesses venturing into the fashion and apparel industry.

“In the old days, people bought sewing machines to make school uniforms for their children. Today, it’s more of a hobby – people use sewing machines to add value to the fabrics they have, for example, adding a nice picture or design on a pillow case.

“We also see demand increasing for our industrial sewing machines. This demand is not coming from big companies or factories, but from small businesses venturing into the fashion industry,” he added.

“This is a very unique industry, and there’s still a lot of room for growth.”