CMOs are getting bolder, but CIOs have nothing to fear 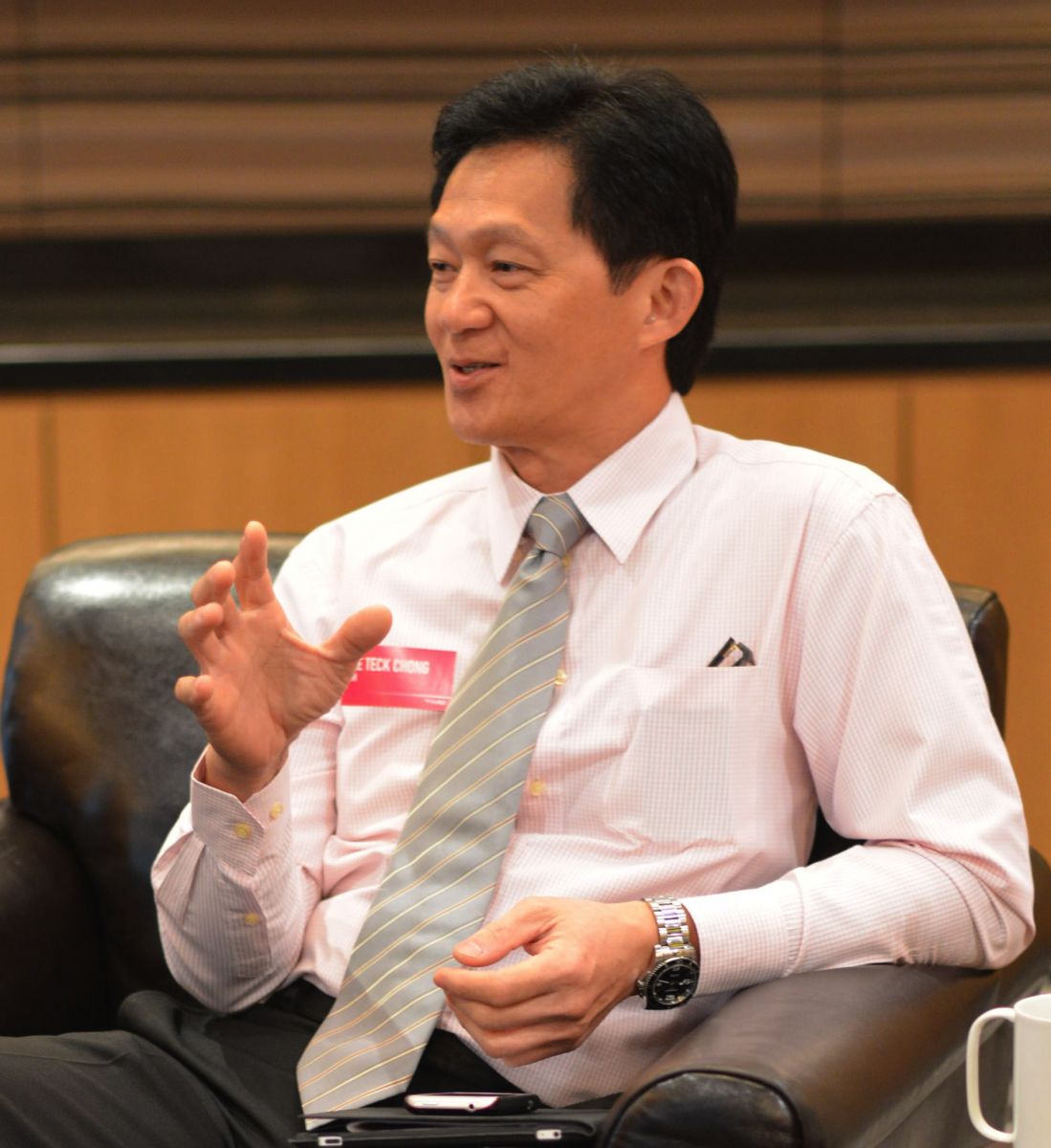 DESPITE the increasing role technology plays in the marketing functions of an organisation, chief information officers (CIOs) need not feel threatened by marketers as the CIO still has a role that only they can fulfil.

That was the sentiment expressed by Lee Teck Chong (pic), senior vice president and head of the IT Infrastructure & Security, Information Technology Division at RHB Bank, during a roundtable hosted by TIME dotCom Bhd and Digital News Asia (DNA) on Nov 28.

The roundtable discussion centred on the evolving role of CIOs within organisations, and much time was devoted to the challenges emerging in meeting the demands of the marketing department whilst demonstrating their own value to the company.

TIME chief marketing officer (CMO) Yeong Su Meng lent some insight into the marketer perspective. “A CMO doesn’t wake up in the morning thinking ‘I want to make IT decisions,’ but in large organisations with complex IT systems in place, most of IT’s time is spent on maintaining [these systems], and they get too bogged down to do anything else.

“As a marketer, that’s when you go outside to the wider world and ask ‘Who can help me?’ Today, I can go and get something in a week versus the six months it takes to get it done internally, maybe for cheaper as well.

“I’m glad that there’s competition now in that sense,” she added.

Leong Chai Kin, director of Technology & Systems at Bursa Malaysia, noted that in cases such as the one raised by Yeong, where the IT department is resistant or unable to empower employees, the fault then lies with the IT people themselves.

“Though IT is usually not in the conversation until everything is done, an organisation’s ecosystem is not just about marketing’s needs. If IT is not doing anything to help you, then whack them – but they [marketing] should not take over IT’s job.

“If IT doesn’t believe in the business case presented and does not enable it, then it’s a dysfunctional IT department that is not aligned with meeting business objectives,” he said.

Offering another take on the issue, Muzzaffar Othman, head of Transformation & IT at Etiqa, noted that IT can and will build new tools for marketing. However, their side of the bargain must be met as well.

“If you want me to build a certain infrastructure, I’ll do it for you, but it’s going cost me this amount in man-hours, not to mention the testing and cost of maintaining it for the next three years. “If you want everything, I’ll build it if you can show [me] after … that it can help you deliver the results. If the first project doesn’t and you cite a slow market, then the second doesn’t, with the blame laid on the sales guy, by the third project I’ll tell you not to waste my time because the track record shows it doesn’t work,” he added.

Adding to the discussion, Alain Boey (pic), senior vice president and head of the Transformation Management Office at Bank Simpanan Nasional, said more needs to be done when it comes to aligning IT better with business.

“Users would say what they want, then IT just blindly builds it, without thinking of a better way of helping users or offering recommendations.

“Things are moving more rapidly today, with new people coming in, so the challenge lies with individuals to make that change and evolve,” he said.

Muzzaffar concurred, adding that there was also a need to ensure budgets were wisely spent and to expedite development process for requests. He shared that at Etiqa, a new layer was created between IT and other departments.

“IT usually just builds whatever the user wants, so we added another layer to check requests. Usually users can’t verbalise what they want, what the business requirement is.

“This layer is also empowered to make decisions, to tell users that they don’t need this particular tool but rather another one, and communicate accordingly with IT, to help avoid unnecessary cost and get things done faster,” he added.

It’s all about business The need to change mind-sets was echoed by the head of the Information Technology Division at TIME, Madzlan Hassan (pic), stating that it is a challenge by itself.

“What we’re doing at TIME to change that thinking is to groom our IT people in business architecture. We’re focused now on building a guy who is not just good technically, but is able to talk to business and ask why.

“For example, if I cannot interpret the business benefits after the ‘why’ questions have been asked, then it means that my understanding of the business itself is not there and I would need to build myself up,” he said.

Madzlan said that attention must be paid to fresh graduates entering the workforce as well, as they boast strong technical thinking but not so much when it comes to business.

One should challenge them when changes happen in a business, and ask them why or what the impacts are, he added.

RHB’s Lee shared that his organisation is doing the same, in a more formalised fashion with senior IT staff required to undergo a business architecture course.

“The intention is to build that bridge between IT and business, and it’s one step toward moving our people closer to the roles of CIOs,” he added.

Lee also said that he didn’t agree to a certain extent with Boey’s statement that IT still thinks its role is to just deliver what the business wants blindly. “I don’t see it that way, as IT has always been tasked with enabling the business. The traditional role of a CIO was to take care of operations and a bit of the business, but I feel marketing is the one where the roles have changed drastically. I don’t see them as conflicting, more complementary.

“CMOs will have business targets and plans to reach the customers in the best way and will look to what IT can do to help them plan faster, better and at cost. CIOs can then advise on what the IT capabilities are,” he added.

Etiqa’s Muzzaffar (pic) said that that is the current initiative now taking place within his own organisation to better facilitate that collaboration.

“We engage in robust discussion and ensure whatever we do makes sense and links back to revenue; customer satisfaction is increasingly being used as a measure of the effectiveness of IT,” he said.

There is no doubt that the role of a CIO is evolving rapidly, in reaction to today’s changing technology landscape. However Bursa’s Leong (pic) pointed out the role itself is a relatively new one and the lines are now blurred for what has predominantly been an operationally-centric discipline.

“What is a CIO? What is the expectation for someone who sits in that chair? Those who have made a successful career are those who understand business and IT’s value proposition in it. It’s about traditional IT operations versus knowing how to be part of the decision-making process.

“We’re being asked to think strategically, then an IT head’s response to their CEO is ‘I did whatever you wanted of me, which part is not strategic?’ The issue has been prevalent because there’s an expectation now to show relevance.

“No one is isolated from the world of IT today, everyone is exposed to it and would have suggestions saying ‘Hey, you know you can do this?’,” he said.

Boey noted that the role has evolved due to demand and expectations from the top, and while in the past organisational functions were ‘siloed,’ technology is now driving the business and even the way employees think.

“In the course of assessing technology, we have to think about what’s in store for us and what benefits will it bring to the business. It still boils down to dollars and cents,” he added. 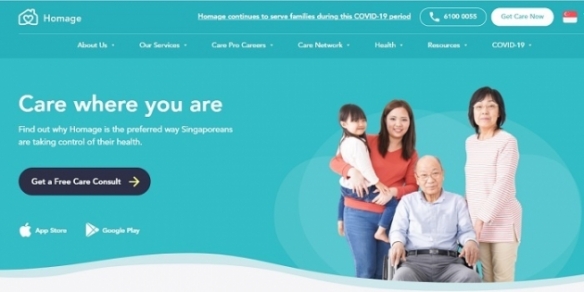