WHEN Unified Inbox first began mapping out its go-to-market strategy, the path seemed clear-cut for founder and chief executive officer Toby Ruckert (pic above) and his team.

The plan was to work with a channel partner system, with telco partners determining the pricing for consumers.

When Digital News Asia (DNA) first talked to Ruckert in mid-2014, the company already had partnerships in various countries in Asia and Europe with telecommunications companies, Internet service providers, governments and device manufacturers.

“The addressable end-subscriber numbers from those partnerships at the moment are just under 250 million users, out of which we aim to get 1% as paid subscribers by the end of 2015,” Ruckert then declared.

But in the months since, the Unified Inbox team discovered that working with telecommunications players was akin to walking a tightrope – especially for a startup still establishing itself in the market, one that had yet to hit mass commercial availability.

Anecdotes shared by Ruckert with DNA paint a rollercoaster series of events, forming one of two key drivers behind the company’s decision to pivot.

“The decision to pivot was a tough one, heavily influenced by outside factors – many of them beyond our control. So our pivot was not a decision of choice,” Ruckert told DNA recently.

One telco changed its chief executive officer halfway into the deployment phase, and the successor made the decision to cancel all startup partnerships, which included bigger, well-known Silicon Valley tech startup darlings such as DropBox and Evernote.

“We were due to launch with them at a major conference just a few months later,” Ruckert claimed.

Another telco completed a full installation of Unified Inbox on its own servers, and Ruckert’s team did extensive training for its support and sales staff.

“However, to date, we have yet to see any invoices being paid despite all the services delivered. So eventually we shut down the servers,” he said.

Yet another kept negotiations going for nearly 18 months, but it finally came to light that it was building a similar product itself, and just wanted to copy strategy and features, he claimed.

But despite being one David up against a group of Goliaths, Ruckert and his team haven’t sworn off working with the telecommunications industry just yet.

“There are plenty of opportunities ahead of us – we just need to get better at identifying the right ones,” he said.

Part of identifying the right opportunities stem from the team’s own realisation that the actual value they had was not in the app, but in the platform which is powering the app.

“But how do you explain to a normal person what this means? So we needed to build products which actively use our platform and showcase its power and versatility to other developers and device manufacturers,” said Ruckert. “We've secured our first customers with Outbox Pro, and since we added Weibo in June, got a lot more interest because we're the first social media management tool which unifies both Eastern and Western social media platforms for posting/ publishing to both,” Ruckert declared.

He added that at this point, the product has a few thousand users, and work is underway to add integration with additional networks such as WeChat.

“We’re turning this into a safe, crowd-based content curation and secure broadcasting/ publishing platform with some very cool features to come,” he said.

Some features in the development pipeline include multiple team usage, ability to broadcast via SMS and email, as well as detailed reports on social media security, compliance and return on investment.

“The one I'm most excited about is for a company to have the ability to ask a team or list of employees to post something to their private social media profiles after they approve the post,” Ruckert said.

This moves the company into a very interesting space that LinkedIn also recently made advances into with Elevate.

Ruckert said that with Outbox Pro, it will be possible to create and share content across the company hierarchy and beyond a single social network.

With this pivot to a platform play, Unified Inbox has decided to raise a new round of funding before the end of this year, to be channelled into increasing its research and development efforts. It declined to disclose how much it was seeking.

According to CrunchBase, Unified Inbox first raised US$10 million in 2011, via three individual investors including Ruckert himself.

The power of platform

Outbox Pro, the company’s first product, is meant to be a commercial demonstration of the potential of its core technology platform – the UnificationEngine, which is positioned as a Unified Communications-as-a-Service (UCaaS) platform.

Ruckert said he has not yet seen a competitor with a platform that’s been built from the ground-up the way his company has, with the UnificationEngine.

The research firm reported that companies are moving from on-premises infrastructure to a cloud-based unified communications model, for cost savings and for more service options.

Many small and medium enterprises (SMEs) are using UCaaS services to facilitate personal communications, as well as communications across the organisation.

“There are many untapped or less explored markets that hold tremendous possibilities in terms of market opportunity … It is expected that future outlook for growth in the UCaaS market will continue to remain bright as businesses continue to search for cost-effective unified communication systems/architectures,” MarketsandMarkets said.

Ruckert said that what is understood as the ‘UCaaS market’ today is very different from how we'll see it tomorrow. Companies such as Cisco, Microsoft (Lync), Siemens (Unify) and Avaya are building solutions, which mostly integrate VoIP (Voice over Internet Protocol), phone, mobile and email in the cloud.

“Tomorrow however, any thinkable channel, from email to social media to a chat app, needs to be included in the APIs (application programming interfaces) of UCaaS platforms,” he added.

From this perspective, Ruckert sees the company’s closest competitor would most likely be Twilio, a cloud-based communications company based in San Francisco.

“It is a phenomenal company which has built its success originally on cloud-based SMS/ voice services catering first and foremost to developers, but in the meantime has ventured into all sorts of cloud-based communication apps and services – so I'd definitely see them in this space,” said Ruckert.

“I'd say that our speciality is that from day one, we were genuinely neutral and supportive, inclusive of whatever communication channel the developer wants to build into his or her app or the user wants to have.

UnificationEngine is currently running in closed alpha now, with several developers already building on top of its UCaaS cloud, and Ruckert said it will be released to the public later this year.

“So what has changed really is that we're focusing on the platform, how it can be used in many different technologies and services, rather than just promoting a single ‘Unified Inbox’ app,” he said. 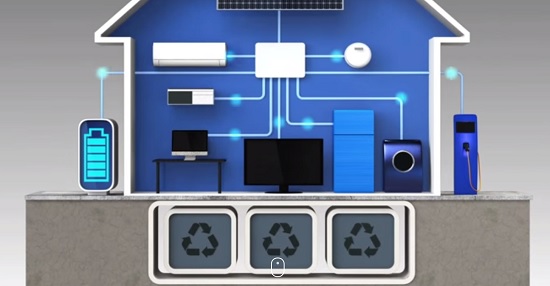 Ruckert also sees potential for his company’s platform beyond UCaaS applications, with the Internet of Things (IoT) offering yet another avenue for growth.

“The IoT has a number of protocols and numerous ways to integrate one device with another using the cloud. Unfortunately, those devices often don't ‘talk’ well or directly with each other, so I'd hardly call them ‘connected.’

“Whilst they are all connected to the information grid somehow, there is no communication protocol they can use to talk to each other to.

“In order to build a truly smart city/ country – or just a smart home for that matter – this however is very much needed,” he said.

To illustrate, Ruckert pointed to a scenario of having a smart fridge and a smart rubbish bin at home, along with a drone and a robot. You can imagine the different use cases where the ability to ‘talk’ between those devices matters.

For example, if the fridge has no more milk, it could order it online. A delivery drone flies the milk to the door. The robot opens the door, gets the milk and puts it into the fridge. Or, once your rubbish bin is full, the robot takes out the trash and your drone flies it to the nearest recycling centre.

“But the problem is: How do those devices securely and directly talk to each other to coordinate their behaviour and moves in a productive and safe manner for us humans? Right now, they can't,” said Ruckert.

“So ultimately, our aim is to make this possible – as the ‘way the robot communicates’ or the ‘signal the rubbish bin sends when it’s full’ – as nothing but connectors to our UnificationEngine platform,” he said.

According to Ruckert, applications that could be possible via its UnificationEngine include connected car apps which would allow driver to safely tweet, upload photos to Facebook, or send messages home that you’ll be late because of traffic via using voice commands.

Local governments could also broadcast emergency warnings simultaneously to every channel connected to the UnificationEngine.

In addition, any software application which produces content that needs to be shared, either via social media or other means, could integrate with the platform and have access to all channels available under it – without having to write individual code for each of the individual channels.

“So effectively we’re combining IoT and UCaaS into a single platform which both hardware (device) and software manufacturers can use to make their products smarter and truly connected,” he said.

It will be many months before Ruckert and his team see the fruits of their pivot, but the process has already imprinted some key lessons.

“Never underestimate the difficulty in choosing telecom companies as your go-to-market partners. Be prepared to change your story, if you have to, by moving up the value chain, not down.

“And lastly, align team and shareholders with your vision, before you pivot,” said Ruckert.