ONLY Khailee Ng, managing partner at 500 Startups and a DNA Digerati50, can profess to having a terrible day despite the news of his new US$50 million (RM208 million) 500 Durians II fund targeting South-East Asian (SEA) startups hitting the headlines from TechCrunch to Bloomberg to regional tech blogs e27 and TechinAsia.

“Someone broke the embargo and as a consequence a major feature an international media was preparing was canned,” he lamented of a stressful day spent reaching out to various credible media outlets explaining to them why the news came out much earlier than expected.

But anyone who knows, Ng, knows that nothing keeps him down for long and if nothing else, the leading early stage investor in SEA can look at some of the gems in his portfolio, the Malaysian founded Grab (called Grab Taxi in 2014) which Bloomberg reports is valued at more US$3 billion, Singapore founded Carousell and Indonesian founded Bukalapak – all invested through funds from 500 Durians I Fund.

Both Durian funds have Malaysia’s largest venture capital firm, the government funded Malaysia Venture Capital Management Bhd (Mavcap) as their lead investor. Jamaludin Bujang, CEO of Mavcap tells DNA that 500 Durians I is doing very well. “With a bigger fund this time, we think the fund (500 Durians II) will be able to do more follow-on funding in highly successful portfolio companies.”

At some point those successful companies need to generate returns for their investors and Jamaludin observes that most investors may not prefer to take the IPO route for their exit as it is a long journey.

Instead, he feels some companies in the portfolio can be packaged together “to form a robust, bigger company that can be attractive as a target for acquisition. This is especially true for portfolio companies that have strong regional footprint,” he says, adding, “fund managers with regional presence like 500 Durians has the ability to invest, nurture and grow these companies.”

Quarter of portfolio has raised over US$2 bil while struggling ones keep on fighting
So far the 119 startups 500 Durians I has invested in have shown strong growth as evidenced by the fact that a quarter of the portfolio companies have raised an eye popping amount of more than US$2 billion (skewed heavily by Grab raising almost US$1 billion by itself) to power them on while, incredibly, none have shut down yet.

Asked if some of the portfolio were not just plodding along as “zombies” Ng shares that some startups take time to succeed/fail and “there are struggling ones who keep on fighting”.

He is also unfazed by the tougher business conditions in the region. “They force companies and consumers to find more efficient ways to get things done. So far, our startups have been growing strongly and we will always select good startups regardless of the conditions.”

Those good startups at the seed stage, around 200 of them that Ng is looking for across SEA, can expect investments of between US$50,000 to US$150,000. And 500 Startups will stay true to their style of investing alongside seed stage and angel investors they trust and respect.

The US$50 million fund will also allow them to follow-on with up to US$500,000 additional capital in those that show exceptional progress. They may even invest more, Ng says, “but those will be by exceptions.”

Meanwhile when asked if they could have targeted to raise more than the US$50 million, Ng says that 500 Startups wants to stay conservative but will keep its options open depending on the opportunities it sees.

“If there are more than 200 good companies and more good follow-on opportunities than we expect, we may start Durian III or create an extension [fund].”

Counter-intuitively, Ng when asked what the biggest headwinds startups face was, feels that there is too much “knowledge” on how to grow startups. Describing it as the Startup Dogma, he urges founders to “always think on their own for what’s best for their situation.”

He is also confident that the exits will come, describing the current environment as early days of the ecosystem with 500 Startups focused on seeding companies so that the Series A and onwards investors will have a healthy pipeline.

“Wait a few years. The exits and trade sales will come after you seed and grow good companies.” That’s exactly what Mavcap and other investors who will join 500 Durians II are expecting. 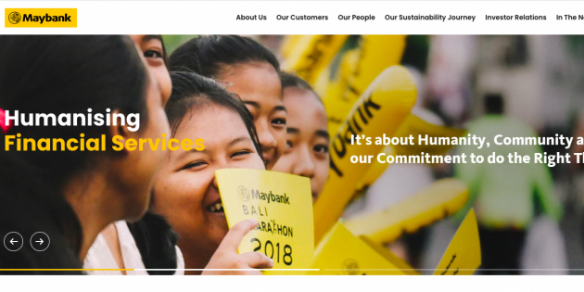