THERE is no argument about how complicated and stressful wedding planning can be; especially in choosing vendors, and ensuring that the chosen ones are the right ones. But thanks to Bridestory, a Jakarta-based wedding marketplace, people can now plan a wedding from their smartphone.

The platform has 28 vendor categories from venue, photography, catering, decoration, dress, and entertainment, up to honeymoon plans and other unique services such as calligraphy, painting, and bridesmaids’ dresses.

“It all started with a web application, then we slowly saw the change in behaviour as people became more mobile-centric. We also wanted to help brides to plan their wedding anywhere anytime with their smartphone,” Bridestory’s chief executive officer (CEO) Kevin Mintaraga told Digital News Asia (DNA) in Jakarta recently.

The mobile app is also the company’s strategy to conquer more markets, and gain more customers. Bridestory would like to be the number one app people will seek out and use for wedding planning in the next five years.

Based in Jakarta and started with a seven-member team, Bridestory currently has 150 people working in its Jakarta office. Seeing the huge potential in other countries, it expanded to Singapore in mid-2015 in a joint-venture with MediaCorp, and currently has operations office there, as well as in The Philippines, where it expanded early last year. Both countries have teams of between three to ten people.

For Kevin, besides his home country, Singapore and Philippines contribute more than 15% of the platform’s traffic; mainly because both countries are more mature, especially Singapore where brides are willing to pay for good quality vendors.

Besides a marketplace platform, Bridestory also offers a wedding concierge service called Hilda. Launched in mid-2016, Hilda is a virtual assistant that provides consultations and matches brides with vendors that meet the brides’ criteria. Hilda is available in both AppStore and PlayStore.

“The goal for Bridestory in the next two years is to be the clear winner that dominates the South East Asian wedding market and a competitive global player in the next five years,” Kevin said.

He says that currently, there is no player with the regional exposure that Bridestory has, as most of its competitors are local and country-based.

“I am true believer in sustainable business models, and our goal is to be profitable in order to conquer the SEA market. With our current business model, we can sustain our operations and we are generating revenue. We will hopefully become profitable in the next couple of years,” he continued.

From frustration to opportunity

It was the hassle of finding good wedding vendors when he wanted to get married back in 2012 that motivated Kevin to start a platform that compiled all vendors and offered good information about them online.

“Even though my wife took care all the nitty-gritty of our wedding planning, I also felt the frustration of how hard it was to find comprehensive information about a wedding vendor,” he recalled. 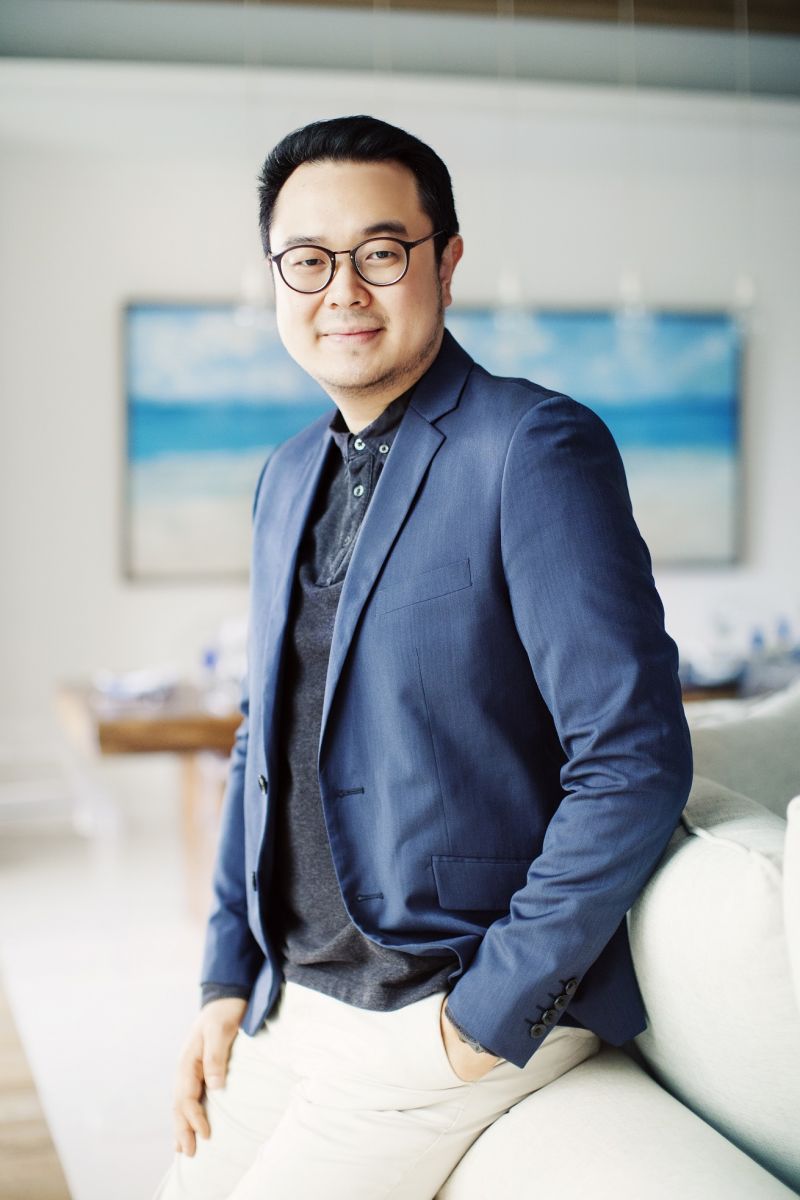 Not long after Kevin (pic, right) and his wife married, she became a wedding stylist, a business that Kevin saw growing tremendously in just a few months.

“Seeing my wife enjoying her work so much, and the increase demand of a wedding stylist, I told myself that the wedding industry holds huge potential and I needed to do something about it,” Kevin added.

He then started to do more research about the industry and took a closer look at some publicly listed wedding-related companies.

“I found out that these companies were very sizeable and doing really well. At that moment I realised that there will be a need for a specialised global marketplace for wedding vendors, and it needs to start right here in Indonesia,” he recollected.

His dream of a global Bridestory was not merely a fantasy. He noticed that Indonesia’s island of Bali has become a popular wedding destination, making the wedding industry in the country a cross-border one.

“From Hollywood stars to Asian big names, all came to the island of paradise and got married there. That would just boost Bali’s popularity, and hopefully other beautiful Indonesian islands,” Kevin continued.

Having previously co-founded and led digital marketing agency companies as well as studied computer science, Kevin was no stranger to the digital space, and he admitted that the experience helped him establish Bridestory.

Kevin started a web application for Bridestory in 2014 with 80 wedding vendors on their list, saying that it took him about three months to get all the vendors on board.

Now, the platform has 27,000 wedding vendors on its marketplace, across 65 countries, where 85% or almost 23,000 are vendors from South East Asia. The rest mostly come from the United States, Europe, and Australia.

“So now you can be an Indonesian, who wants to have your wedding somewhere in Italy for example, and all you have to do is check out the vendors available on our platform. This is what we want to do, alleviate the place limit, making a wedding industry that knows no borders,” he affirmed.

Bridestory has a listing business model, where any vendor can sign up for a free trial account and be given five credits. For every inquiry the vendor gets on the platform, credit will be deducted.

Once the free credit given is finished, and if the vendor wishes to continue, they can buy credit through subscription. The subscription fees vary in each country. In Indonesia, it costs from Rp5 to 60 million (US$376 – 4,500) per year per vendor.

Like many other digital platforms, Kevin remembers the hard times he and the team had to go through to explain Bridestory; what it does, what it can do, and what are the benefits, to all the vendors.

“Wedding vendors have been in the industry for years. They are comfortable, they have been doing well in their old-fashioned business model, in which they rely heavily on word-of-mouth marketing. It was not easy to get them on board in our platform,” he said.

However the key to every innovation is continuous education. According to Kevin, startups or companies should never get tired of spreading their vision to potential clients and customers, even though it feels like it is already big enough.

“We thought that the market is ready for this kind of platform, but we were wrong. Until today, educating the market is still the most important part of our strategy and we need to deploy more people to do this,” he added.

Kevin said that the platform received an average of 550,000 visitors per month, of which 70% are unique visitors. In terms of location, 50% of the traffic still comes from Indonesia, while Singapore and the Philippines follow with 16.99% and 15.22% respectively. Other growing countries include Malaysia with 5.53%, the United States with 5.04% and Australia with 1.49%.

“In terms of browsing behaviour, brides-to-be these days certainly spend more time on mobile phones than laptops or desktops. On average, brides and grooms-to-be spend 8.2 minutes on the Bridestory app to find wedding inspiration and contact the vendors while spending only 5.4 minutes on our website to do the same,” the company said in the report.