2017 will be a breakout year: Frontier Digital Ventures founder FRONTIER Digital Ventures Ltd (FDV), an online classifieds company listed on the Australian Securities Exchange (ASX), expects 2017 to be a breakout year, as it expects to reap the fruits of the hard work put into building its online classifieds portals.

The company currently has investments in 15 online classifieds portals, with shareholdings of between 30% and 76%. From the 15 - which all were in the red in 2016 - three will likely be profitable this year, it predicts.

According to FDV founder and chief executive officer Shaun Di Gregorio, the company currently has six online classifieds portals that are clear market leaders and generating significant revenue, four that are market leaders and in the monetisation stage, while the rest are still growing their operating metrics.

"From the six classified portals that are in the monetising stage, we expect three will be profitable this year," says Di Gregorio in an interview with Digital News Asia yesterday. "We expect 2017 to be a breakout year," he adds.

While Di Gregorio declined to reveal which three portals will be profitable this year, it will be interesting to see if Zameen, one of its most successful investments, manages to be in the black this year.

Besides that, the value FDV's stake in Zameen has also increased tremendously. In 2014, its stake in FDV was worth US$1.2 million. Today, it is worth US$27 million (based on its October 2016 funding round) - giving Zameen a valuation of about US$100 million.

With the value of its stake in Zameen worth 22.5 times more than what it initially invested, Di Gregorio says that FDV has no immediate plans to cash out.

"Of course, we may also consider if someone comes to us and offers a crazy valuation," he smiles 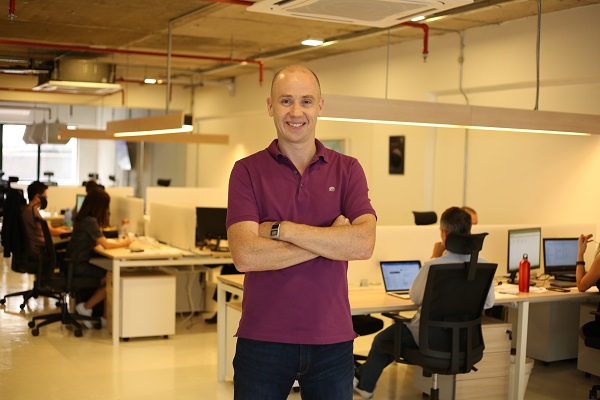 Recently, the company announced its 2016 financial results -- whereby it reported a revenue of A$2.14 million and a loss before interest, tax, depreciation and amortisation of A$3.68 million.

However, Di Gregorio says that the results do not truly reflect the FDV and its entities' true performance. First, is that a significant portion of its entities became part of FDV around the time the company was listed on ASX in August 2016.

This means, the revenue that were reported are only based on the approximately 4 months period. Should one take a full year view of these entities performance (instead of just 4 months), these entities would have register more than A$6.19 million in revenue in 2016.

Di Gregorio further stresses that the company's business model is unique in some sense. As its business mainly revolves around buying a substantial stake (may it be a controlling stake or to come in at an associate level) in the online classifieds startups, and allow the entrepreneurs to continue to run their business.

In fact, its focus is to acquire stakes in startups that are about 1-3 years old, with great growth potential, and help to scale up its business.

While it does not jump in and take control of the management (and let the entrepreneurs to run their show), it does provide guidance and advises to them, and to inject the best practices in the organisation.

"Based on our team's experiences in iProperty.com and iCar Asia, we are taking the learnings and best practice from the successes in these portals and passing it on to our 15 entities," says Di Gregorio.

"In short, we help them validate their business, get traction, and to grow to the next level."

So far, results have been encouraging. In 2016, it has six entities that grew my more than 74%. With one of it grown by about 200-fold. For example: Encuentra24 (a Central America property portal) recorded a growth of 74% at A$1.23 million* (based on the approximately four months period). For the full year period, Encuentra24's revenue was over A$5 million.

Continue on a lookout

Di Gregorio says that the company will continue to look for opportunity. Its balance sheet allows to do that. As at December 31, 2016, it had over A$25 million in cash and term deposits.

With investments in 15 entities currently, does the company hope to get to 20 entities by end of this year?

"We are looking at opportunities, but we are not putting any numbers to it. In fact, in the long-term, we expect the number of our entities to be around a dozen to 15. So, we may be growing the number of entities in the near-to-medium term, but I believe that it will eventually consolidated to about 12-15."

However, for a company that is based in Kuala Lumpur, Malaysia, how active can FDV be looking at opportunities in frontier markets like Central America, South Asia, Africa, and others?

"Every month, we track some 1,500 startups, entrepreneurs, online classified portals that are located in our target countries. We track their performance. We keep track on their traction," Di Gregorio reveals of the extent to which it keeps an eye on the market.