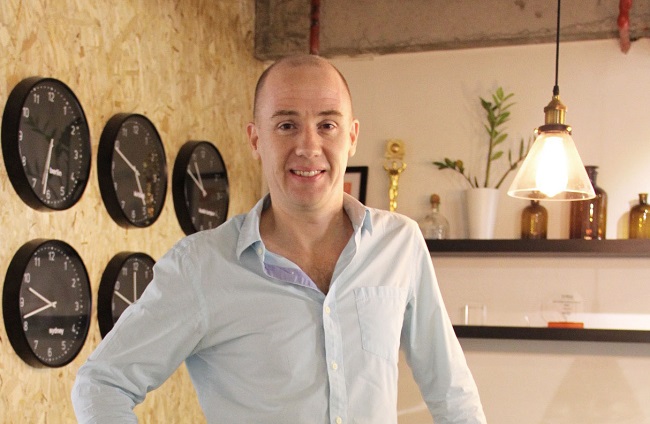 “Today marks an exciting and important milestone for FDV, and we are thrilled to be making our public debut on the ASX,” founder and chief executive officer Shaun Di Gregorio (pic above) said in an official statement.

“The strong demand by institutions and professional investors is a strong vote of confidence in FDV’s growth strategy,” he added.

FDV already has investments in 15 companies mainly in Asia, Africa and Central America. It has a presence in 19 markets ranging from Myanmar, Pakistan and Sri Lanka, to Cameroon, the Ivory Coast, Mozambique, Rwanda and Uganda, as well as Costa Rica and Honduras, among others.

FDV has a different product for each market. For example, it covers Tanzania, Rwanda and Uganda with Kupatana.co.ug, an online classifieds portal that has a wide variety of products and categories.

In Myanmar and DR Congo, it is more focused on online car classifieds and property portals.

FDV said that the markets it has a presence in have a total of 648 million mobile users and a cumulative gross domestic product (GDP) of US$3.6 trillion, adding that it is uniquely positioned to capitalise on its exposure to the 1.7 billion people in rapidly growing markets who are being driven by connectivity.

“I’m excited to capitalise on the incredible opportunity before us, using the investment support we’ve gained to expand our reach, and to accelerate the growth and leadership position of our operating companies,” said Di Gregorio.

“I look forward as we take a large step towards achieving our goal of becoming the leading operator of online classifieds businesses in underdeveloped, emerging markets,” he added.

Despite Di Gregorio’s optimism, the online classifieds play comes with some risks, with one being the early-stage business risk that FDV may face.

“FDV has investments ranging from 30%-76% in a portfolio of businesses (run by the operating companies) that are in the early stages of development,” the company acknowledged in the ‘Key Risks’ portion of its prospectus.

“These early-stage businesses may not have well-developed business strategies in place, strong customer and supplier relationships, or a strong market reputation.

“Early market advantages, positions or market share, if any, may not be durable and the businesses are not yet in a position of profitability nor do they generate consistent, meaningful revenue.

“Further, given the early stage nature of their business, it is likely the operating companies will not be able to fund their operations out of operating cash flows, and will require additional capital over time,” it added.

A look at its financials also showed that the company experienced widening losses in 2015. For the financial year ended Dec 31, 2015, it posted a net loss of A$4.63 million, versus a A$742,000 net loss the previous year.

During the same period however, its revenue skyrocketed to A$3.47 million from A$28,000.