IT was a challenging period for Malaysia’s ‘Big Three’ mobile operators in the first nine months of this year, with the industry as a whole having recorded a decline in revenue and earnings.

In terms of service revenue (which exclude revenue generated from sales of devices), they incumbents recorded RM15.92 billion, versus RM16.01 billion a year ago, a 0.6% decline.

Although the revenue decline is very marginal, it was not the case for their bottom-lines.

Some industry observers feel that the earnings decline was likely driven by the price war going on amongst the operators, but the companies themselves attributed the decline in earnings to the weakening of the ringgit as well as accelerated depreciation.

In terms of subscriber base, the Big Three collectively managed to add 110,000 new customers for the quarter ended Sept 30, 2015, versus the same quarter a year ago.

Now that we have an overall view of how the incumbents performed as a whole, let’s look at how they performed with select metrics.

The tables above show that Maxis not only maintained its dominance in the mobile space, but managed to extend its lead by at least one percentage point.

On the surface, it appears that Celcom was the biggest loser, having dipped 1.3 percentage points in overall revenue market share and 1.9 points in service revenue share.

However, not shown in the tables is the fact that Celcom’s service revenue, which had suffered two consecutive quarters of decline, grew 0.7% quarter-on-quarter to RM1.69 billion.

If all goes well, Celcom – which has been having a tough time with its IT transformation exercise – could be on the verge of a rebound. We will have to keep a close watch on this space to see if this happens.

During the first nine months, Maxis and Digi managed to grow their subscriber base by over one million collectively, with Maxis grabbing the lion’s share.

Celcom’s subscriber base declined by 910,000. As a result, its market share fell by over two percentage points.

The only ‘good news’ for Celcom is that it has been registering growth in its subscriber base for two consecutive quarters (on quarter-on-quarter basis).

In the first quarter, the company, a wholly-owned unit of Axiata Group Bhd, had 12.28 million subscribers. This grew to 12.34 million in the second quarter and up to 12.51 million in the third quarter.

On the other hand, Maxis’ postpaid share declined by over one percentage point from 42.3% in the third quarter of last year to 40.9% this year.

Meanwhile, the prepaid space appears to becoming more intense. With Maxis and Digi almost tied at pole position, it is anyone’s guess which company will have the most prepaid subscribers by the end of this year.

During the nine-month period, Maxis had a commanding 44.8% share of postpaid revenue, while Digi had a 36.7% share of prepaid revenue.

Despite this strong postpaid lead, Maxis chief executive officer Morten Lundal may not be entirely happy as postpaid revenue declined marginally to RM2.92 billion versus RM2.93 billion in the same period a year ago.

Despite the challenging landscape, Malaysia’s Big Three mobile operators remain committed to investing on their networks and infrastructure.

During the first nine months, they spent some RM1.95 billion on capital expenditure, a 14% increase versus the RM1.7 billion they spent collectively last year.

The bulk of the investments was on improving network coverage and quality.

With the growing smartphone penetration rate, it is understandable why these players are aggressively investing in their networks – more customers own smartphones, and these customers will increasingly decide on a service provider based on the quality of their 4G networks. 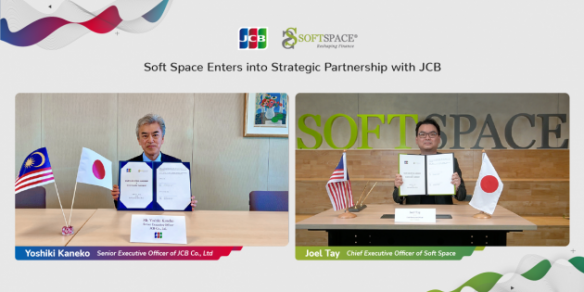