AFTER a soft launch on July 1, Uber Technologies offically launched its low-cost car service UberX on Aug 7, expanding its portfolio of services in the Malaysian market six months after its debut.

“It’s a thrill to launch UberX in Kuala Lumpur (KL) today because we make getting around this wonderful city so much more affordable, safe and fun," Uber regional general manager for South-East Asia Michael Brown said at the launch event.

"Through this launch, we look forward to continuing to offer choice and convenience for KL residents to get around their city,” he added.

The UberX service is intended to give riders the same Uber reliability and convenience, with one difference: Price. The company claimed that fares for rides will be on average 15% lower than those for budget taxis (see table below).

According to the company, UberX will be focused on core service areas with the highest demand for the next few weeks, but as more supply partners join the platform, it plans to expand to the broader Klang Valley region as quickly as possible.

The business model for UberX varies from city to city, in accordance with market regulations. While in cities such as San Francisco, where the UberX model is akin to a ride-sharing service powered by citizen drivers, in Kuala Lumpur the company is working with licensed car companies.

In an interview with Digital News Asia (DNA), Brown said that vehicles populating the UberX service come via car companies and operators the company already has a relationship with via its Uber Black service, its premium ride offering.

“We’re working with the same operators as for Uber Black so all drivers and cars are insured and accredited. The only difference is the vehicles are smaller and more fuel-efficient models,” he said.

Vehicles available for Kuala Lumpur will include models such as Perodua Myvi, Nissan Almera and Toyota Vios, seating up to four passengers.

In response to queries by DNA, Anita Kaur Gerewal, an associate partner at RamRais & Partners, noted that the Commercial Vehicle Licensing Board Act 1987 prohibits the use of private vehicles for commercial purposes without a licence.

“However, in the case where the UberX service is introduced in Malaysia which allows drivers who may not have ‘vehicle for hire’ type licences to use their own vehicles to carry passengers for a commercial benefit, the legality of the service is not very clear,” she said.

Brown said that while Singapore is the company’s oldest market in South-East Asia, other cities such as Kuala Lumpur, Ho Chi Min City, Bangkok and Manila are experiencing rapid adoption rates.

As a privately held company, Uber does not divulge any financial information or breakdown of its market share on a regional or country level.

Brown was unable to share which markets in the region it was most popular in, or a timetable for the rollout of UberX in other South-East Asian markets.

Uber also does not share information about the number of drivers or ‘partners’ that are currently signed up.

Asked about how the company intends to adapt to growing competition in the region, most notably from the launch of GrabCar by GrabTaxi which plays in the same premium car segment as Uber Black, Brown said that Uber is not focused on the competition.

“An old boss once told me, if you’re a race car driver and want to win the race, you look out the front window. If you look sideways or behind you, chances are you’ll end up crashing into a wall.

“Our primary focus is on ensuring Uber is incredibly reliable and available in all markets. We’re focused on how Uber can grow in markets like Kuala Lumpur, how we can get more partners and people riding with us.

“We have not forgotten the areas in cities we are in that are not covered yet. It is a process and we are growing in a way that is methodical and thoughtful.

"If Uber comes to your neighbourhood we want users to be confident that the service will be good,” he added.

Brown also wanted to emphasise that in every city Uber enters, local operations are headed by locals, as the company is “orientated toward executing what is relevant and appropriate for each market.”

To illustrate, he pointed to a recent marketing campaign in 38 cities Uber conducted called Uber Ice Cream, which allowed users to request, via its app, for ice cream to be delivered to them.

“However, the campaign’s start date was just a day after the MH17 tragedy and our local team made the call to cancel the event out of respect. It would not have been appropriate for Uber to be delivering ice cream around the city so soon after such an event,” Brown said, referring to the Malaysian Airlines aircraft that was shot down over Ukrainian airspace on July 17.

Will Uber ever see black? 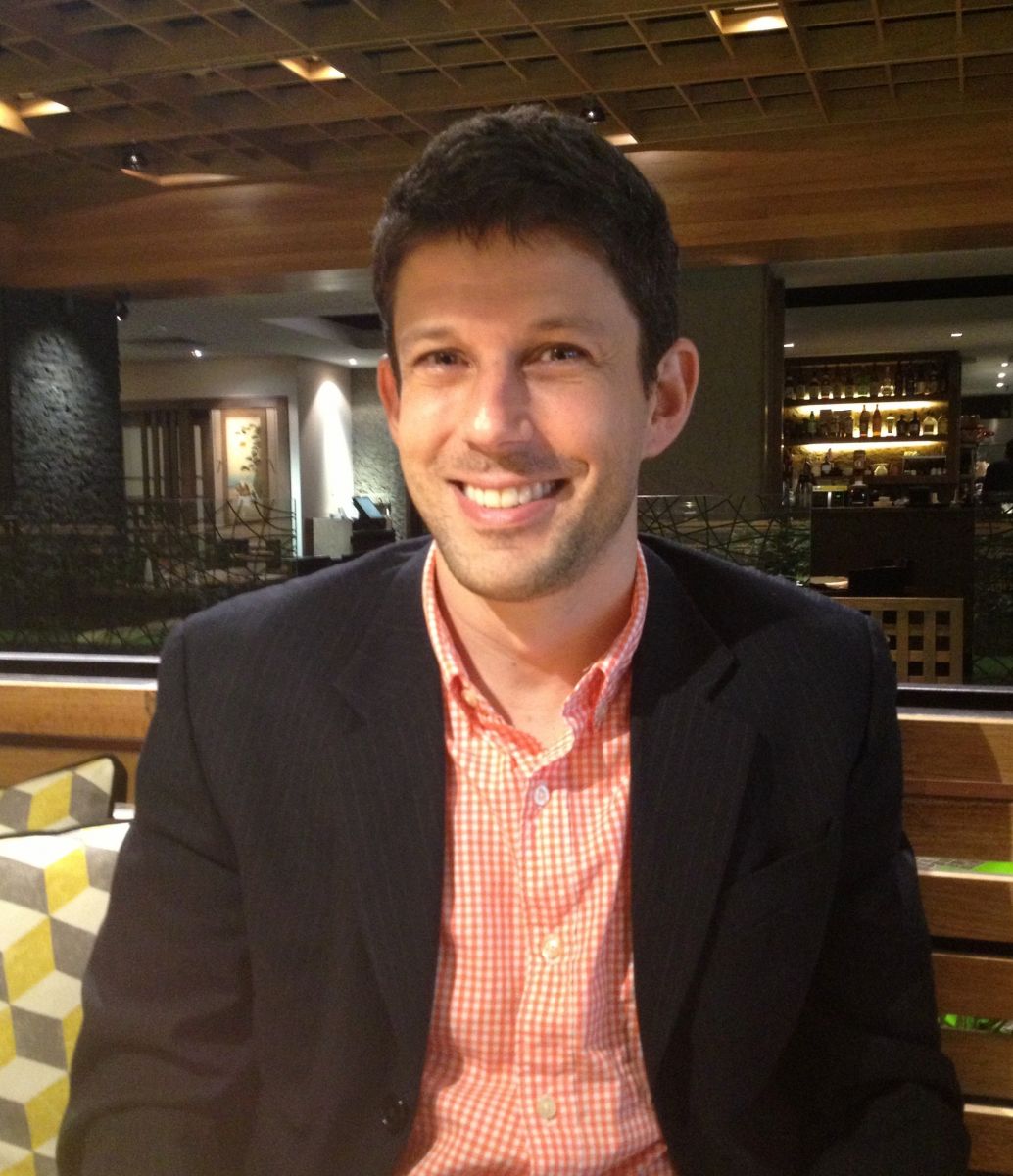 Brown (pic) also declined to answer questions about how close the company was to breaking even or getting profitable in the region. However, a recent injection of funding at a global level has given the four-year-old startup plenty of breathing room.

In June, Uber raised US$1.2 billion from mutual funds and other investors in a funding round valuing the startup at US$18.2 billion, reportedly one of the highest valuations ever for a Silicon Valley startup.

In an article in Wired, Marcus Wohlsen noted that Uber wants to grow as quickly it can, chasing that goal by undercutting the competition on price.

“This isn’t a novel approach among tech startups, for which profits aren’t valued nearly as much as popularity. But for Uber, playing in the new realm of the so-called sharing economy, the stakes are higher since so many entrenched interests are trying to regulate it out of existence.

“With not just success but survival on the line, Uber has even more incentive to expand as rapidly as possible. If it gets big enough quickly enough, the political price could become too high for any elected official who tries to pull Uber to the curb,” he wrote.

Uber had recently reduced prices for UberX rides in multiple cities in the United States, part of an overall strategy which Wohlsen described as getting “too big to ban” in light of multiple regulatory tussles globally.

“In effect, the company is paying for passengers to ride. Loss leaders may be nothing new, but it’s a little different when you’re losing money on the main thing you sell … But the company isn’t likely too worried either way.

“Its strategy here is much less traditional taxi and much more typical dotcom: Grow the user base as quickly as possible and worry about making money later,” Wohlsen wrote.

Within Asia, Seoul has initiated efforts to ban the service for violations of local taxi regulations since July. In April, the city fined a driver ₩1 million (US$966) for providing an Uber ride using a rented car. The city additionally criticised the ride-hailing service for lacking proper background checks on drivers and failing to provide appropriate insurance for users in case of accidents.

While Uber is enjoying growing popularity in Kuala Lumpur, there is still risk of regulatory turbulence.

Anita of RamRais & Partners said that if the service provided through Uber is cheaper than conventional taxi drivers, the influence on the lower rates might raise issues under the competition laws.

“Further, the Land Public Transport Commission (SPAD) may also issue directions or public warnings to discourage people from using ride-sharing applications like Uber due to public safety, as seen in other jurisdictions,” she said.

When asked, Brown said that the company is in contact with regulators in markets all over the world and with new markets especially, adding that such dialogue is critical to Uber’s expansion efforts.

“Everywhere we go, it’s a process of education and what we find is as education happens, people get comfortable and excited about our service as they can see the positive ancillary benefits that come with it, such as reducing taxi crime, drunk driving and increased job opportunities.

“But first and foremost, the education starts around the safety issue, as all governments want to make sure that their citizens are safe. We’re proud of our safety record and policies,” he said.

While Uber declined to comment on plans or expansion strategy, Brown pointed to two new developments that might make their way to South-East Asia, further strengthening the company’s value proposition in the region.

Two weeks ago, it launched Uber for Business in the United States, a corporate solution designed to make it easier for users to bill trips directly to their company while working.

The solution will provide travel managers with a dashboard for inviting employees into a shared payment account for rides made on the platform, while users will be able to quickly toggle between personal and business accounts.

The company has partnered with business travel and expense management company Concur, and integration will allow any of the 25 million Concur users around the world to link their accounts and automatically send Uber receipts to their expense reports.

In addition, users who have American Express corporate cards will get the same membership rewards as personal cardholders.

It is a similar solution being offered by Rocket Internet’s EasyTaxi, which is currently using it in a few markets in Latin America, and plans to roll it out in Asia within the year.

A second development is a fresh experiment launched in Uber's home city of San Francisco called Uber Pool, a new service that will attempt to match users with another rider who's headed in the same direction.

In a blog post announcing the new service, Uber described it as “a bold social experiment” touted to cut costs by as much as 40% compared with the UberX offering.

“There’s the interaction between riders in an UberPool – should they talk to each other? When is that cool and when is it, well, annoying? We’re going to find out how this brave new world of UberPooling works,” the company said.

In the meantime, as Uber continues on its South-East Asian path, an ongoing challenge remains – getting the right talent.

“Hiring is a top priority and a real challenge. We want to expand to all these different places, yet keep the hiring bar extremely high. We’re looking for smart, passionate, analytical and hardworking people who love Uber to come joint the team.

“In certain markets across Asia, where Uber is newer and not as well known, convincing talented people who are not familiar with us to leave their high-paying jobs to join a startup their parents have never heard of is tough," said Brown.

But he believes things will improve as Uber grows in Asia, opening up the potential pool of candidates.

“Today, we’re having to hire people who are really at the cutting-edge, who already know what Uber is about, love it and want to be part of it. It involves having to turn over every stone and looking behind every corner to find those people, but they’re out there,” he added.

For those interested, Uber has posted a list of job openings for the Malaysian market on its site.