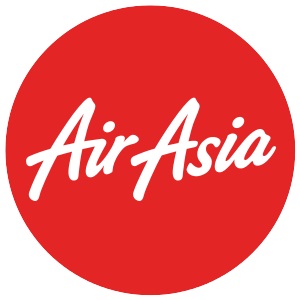 AirAsia Japan plans to raise a total capital amount of seven billion yen (US$69 million), Rakuten said in a statement.

In recent years, LCCs have become one of the great success stories in the travel industry, Rakuten said.

They hold a 52% share of the market in South-East Asia and over 30% in North America and Europe, where in particular , they have been credited with helping to drive the overall growth of demand in air transportation services.

In Japan, the LCC market has grown steadily since March 2012 when LCCs began flying domestic routes, and it is expected to expand even further, Rakuten said, citing a research report by Japan’s Ministry of Land, Infrastructure, Transport and Tourism.

Among LCCs, AirAsia has been at the forefront of the sector, having been named by Skytrax as the World’s Best Low Cost Airline for five years running, beginning in 2009.

The airline operates 208 routes in 18 countries throughout Asia and Australia. The total number of passengers AirAsia has carried since it began operations has reached approximately 220 million, Rakuten said.

Rakuten is the parent company of Rakuten Travel, one of the most popular travel services in Japan, with 29,250 member hotels. The business operates 17 offices in Japan and 20 additional offices across 12 markets overseas.

Through this investment, Rakuten aims to accelerate the development of its travel services, particularly in the rapidly growing South-East Asia region, and to play its part in stimulating the travel industry as a whole, the company said.

Rakuten Inc itself provides a variety of products and services for consumers and businesses, with a focus on e-commerce, finance, and digital content. In both 2012 and 2013, it was ranked among the world’s ‘Top 10 Most Innovative Companies’ in Forbes magazine’s annual list.

AirAsia Japan was first launched in August 2012 as a joint venture between AirAsia and Japan's All Nippon Airways (ANA), but AirAsia withdrew from the joint venture in 2013, and the airline was rebranded as Vanilla Air under the full ownership of ANA.

The ‘new’ Air Asia Japan is expected to relaunch next year, according to a Bloomberg report.

Rakuten snaps Viber up for US$900m