LOST amidst the fanfare that surrounded the official launch of the Malaysian Global Innovation and Creativity Centre (MaGIC) back in April was the quiet finalisation of a project with a grand vision.

World Startup Wiki, positioned as a community-powered guide to startup ecosystems around the world, is the culmination of the journey of one curious entrepreneur.

Bowei Gai (pic above) had sold his startup CardMunch to LinkedIn just two years after launching the mobile business card-reading service in 2011.

While still working at LinkedIn, he wanted to learn more about China but could not find any information about market opportunities and how one would go about starting up a business there.

He decided to find out himself, tapping the 500 Startups network, hopping on a plane and embarking on a whirlwind visit meeting entrepreneurs, investors, lawyers, and journalists in the country.

The China Startup Report he wrote in October 2011 after returning to the United States, summarising his findings and posted on SlideShare, quickly went viral.

“The report was my way of thanking all the people who shared information with me during the trip. I posted it at about 2am, went to bed and when I woke up, it was the most popular slide on SlideShare and made the front page of Slasher.

“I even had the chief executive officer of LinkedIn calling me to ask ‘What’s going on?’ ” he tells Digital News Asia (DNA) in an interview earlier this year in Cyberjaya.

The massive reception his report on China received convinced Gai that he wasn’t the only one curious about the various emerging startup ecosystems around the world, and the decision was made to take the project global.

“People are curious about what’s happening outside the United States. There are interesting new markets out there but there’s limited or biased information, driven by people mainly promoting themselves.

“Also, a lot of the information or narrative was coming from a single perspective, which is usually the Silicon Valley perspective – which may not be relevant when looking at other startup ecosystems,” he adds.

Gai also realised that he was in a unique position to solve this problem, whcih required time, money and connections to startup players around the world ... which he had access to.

“I’ve been lucky in my career. There are not too many people who can do this and if they do have the connections or reputation, they are too busy to actually do it and write it all down,” he says.

Deciding that this could be the way he could “do something for the rest of the world," Gai left LinkedIn and in 2013, embarked on a journey that saw him visit 29 countries and 36 cities in the span of nine months.

“I didn’t know you could build such successful companies outside of the United States,” he says, when asked what his biggest takeaway from his travels has been.

“It’s a self-centred view of the world that many share, but usually global companies are American and domestically, you didn’t care about foreign markets. I did it purely out of curiosity,” he says.

He admits that he still believes that the United States is still the best place for startups to be as the established ecosystem and money are there.

This is a situation that isn’t going to change anytime soon, but what Gai is most surprised at is the fact that success can still be found even in the most unconducive of environments.

He points to Nepal as one such example, noting that the country is on a different level of growth where getting good Internet access is only one of the many problems.

“You know what the No 1 most downloaded app in Nepal is? An app telling you what time you will have electricity, as there are rations of only 12-16 hours of electricity per day.

“But even under these condition, there was a company that exited for US$60 million in the outsourcing space and there are a few other companies getting big there as well. There’s very little we know about the world,” he adds.

Building and sustaining a wiki Gai has generated regular reports since he began his mission, with the help of fellow entrepreneurs and volunteers from different countries, but Startup Wiki is a project borne out of the recognition that this is not something he could do alone as things change and the available information needs to be updated.

“I need help; it can’t be a one-person thing and it’s far from perfect, members of the ecosystem need to help edit and add to it,” he says.

The hosting of the Startup Wiki site comes courtesy of Amsterdam-based startup Silk, which offers an interactive content platform upon which the wiki is built.

Of the many challenges facing the Startup Wiki project is figuring out how to incentivise people to contribute to the guide, and ensuring long-term sustainability.

“Wikipedia succeeded by a miracle and this project has a high chance of failure. If it was easy to do, someone would have done it by now.

“We’re still trying to figure it out and we’re reaching out to others who are also curious enough to want to know about the world to help. I know I’m not the only one out there, so let’s all take a stab at fixing this problem,” he says.

Gai decided to move to the Philippines at the end of 2013 and has been continuing his work with South-East Asia as his home region.

“I needed to walk the walk and experience what it’s like doing business in an emerging market, checking that people are getting the right advice. What I’ve discovered is that it is surprisingly important to understand the culture.

“There is no right or wrong – you just have to really understand the nuances and work with the culture,” he says.

For him, the good thing about being in a country with a lot of problems as an entrepreneur is that every problem is an opportunity in disguise.

“In the United States or Europe, you have fewer problems and so fewer opportunities in the form of low-hanging fruit.

“Here, there are a lot of greenfield opportunities and situations that can be improved by startups versus highly saturated markets,” Gai says.

His travels around the world have made Gai feel a little bit like “the Marco Polo of startups," but learning about things and sharing it with the world remains a “fun experience.”

The wiki will remain a free resource with no plans to monetise the platform.

“At one point in my career, I had a single digit in my bank account and it was also at that point where I needed information like this and wouldn’t have been able to pay for it.

“This has to be a community-driven resource, it has to be to work,” he declares.

Next Page: A look into the ecosystem – the Malaysian Startup Wiki 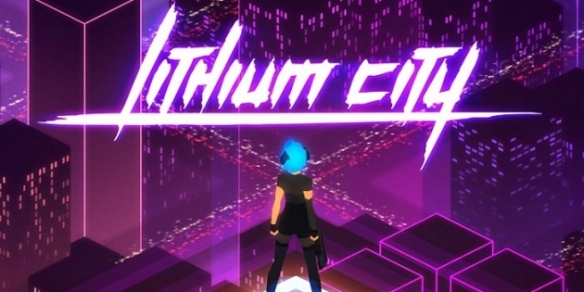