HotelQuickly closer to hitting 2015 goals, thanks to Korean expansion

HOTELQUICKLY Ltd, a Hong Kong-based company that helps travellers book hotel rooms at the last minute, is now one step closer to achieving its 2015 targets, after making inroads into South Korea.
The company, which registered some 400,000 downloads for its app in November, currently has close to 700,000 downloads.
It aims to achieve a million downloads by the end of this year.
"We are on track to achieve our 2015 targets. It looks promising," said Tomas Laboutka (pic below), HotelQuickly chief executive officer, via email.

The decision to expand to South Korea seems like a natural choice, as the country's tourism industry is blossoming.

According to data from the Korea Tourism Organisation, in 2014, South Korea recorded a 9.3% growth at 12.18 million in terms of visitor arrivals. Last year also marked the country's tenth consecutive year of visitor arrival growth.

"We are capitalising on the growing trend of staycations (vacations at home) enjoyed by South Koreans, as well as the projected growth of last-minute travel to the country from places like Taiwan, China and Japan," said Tan Wen Dee via email.

In fact, Tan revealed that the company has been "eyeing" the South Korean market since it launched its mobile app in 2013.

"South Koreans have great taste, and we know that they are going to really appreciate the high-quality hotels and beautiful aesthetics of HotelQuickly.

"It is an important market for us because our travellers there have wanted this app for some time. We wanted to make sure it was perfect before launching here (Korea). Now, we are ready with a beautiful, redesigned service that South Koreans are going to love," she added.

While some may perceive South Koreans as being more technologically savvy and open to new technologies, surprisingly negotiations with South Korean hotel operators were not that easy.

"Hotels in South Korea were a bit conservative in the beginning but they also understood the benefits of new technologies and had heard about HotelQuickly's success in other markets.

"We had to educate them about it at first, but they were open to trying it out," said Laboutka.

Although HotelQuickly declined to reveal the exact number of Korean hotels it is working with, the company said it is in partnership with a few hundred hotels in the country. Besides hitting the one million mark globally by the end of this year, the company also hopes to grow its Malaysian user base to 300,000 this year.

The company, which launched its services in Malaysia in November 2014, sees the Malaysian market as one of its main growth drivers.

"We believe we can be the top-of-mind mobile solution for last-minute hotel booking in Malaysia," said Tan.

Looking at the bigger picture, Laboutka said that HotelQuickly will spend 2015 focusing on "listening to customers in every market" as well as continuing to improve its mobile app.

"We are making a few changes to the app; we took a lot of the feedback from customers and beta-testers and made sure to implement changes for a better service," said Laboutka.

The company, which secured US$4.5 million in a Series A-1 round led by Gree Inc in July 2013, believes that its app can help both travellers and hoteliers.

While travellers will be able to get hotel rooms at low rates, hotels will be able to slash prices on "unsold" rooms at the last minute to avoid from having empty rooms. Having better occupancy rates will also free hoteliers from being too dependent on distributors like online hotel booking and travel sites.

HotelQuickly out to disrupt online hotel bookings in Malaysia 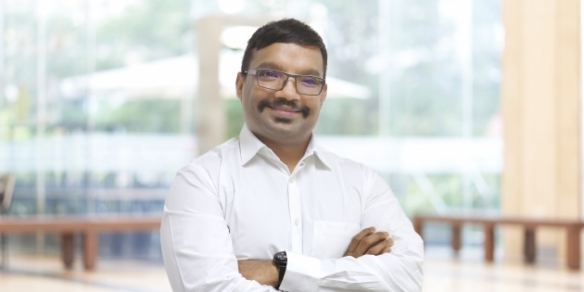