SILICON Valley-based early-stage startup accelerator and global launch network the Founder Institute has opened up applications for its second semester in Kuala Lumpur (KL) that will kick off in the first quarter of 2014.

Having graduated nine entrepreneurs, representing seven startups, in its inaugural semester in KL earlier this year, the Institute is now targeting to launch more than 30 companies over 2014, it said in a statement.

And it will be pulling in 11 of its global top 100 mentors for the second semester, its founder and chief executive officer Adeo Ressi (pic) told a packed crowd of entrepreneurs, mentors, Institute directors, government officials and journalists at a gathering held on the sidelines of the recently concluded 4th Global Entrepreneurship Summit (GES 2013) in KL.

“The top 100 are the cream of the crop of the Founder Institute’s mentors worldwide – and they have agreed to come to Malaysia and help companies here,” he said at the celebration. “This is a pretty big milestone.”

In fact, the Founder Institute was so encouraged by the reception it has received in Malaysia that it has agreed to fund at least two graduating startups every semester, Ressi said.

“We will be funding the companies with the money they need to grow, and hopefully they will create some (momentum) for Malaysian investors to do the same,” he added.

It says that in the less than five years of its existence, the Founder Institute has launched over 1,000 new technology companies across 55 cities and six continents. Its mission is to ‘Globalise Silicon Valley” and help promising entrepreneurs launch companies that will create over 20,000 new jobs per year by 2020.

And it believes that Malaysia has all the right ingredients to build a thriving startup ecosystem. Speaking to Digital News Asia (DNA) during the gathering, held to celebrate the success of the Institute's first semester here, Ressi said that he was so convinced of this, that he would personally fund at least one company per semester.

“What I like about Malaysia is a few different things – first, if the government cares, it means a lot. That to me is probably one of the best signs.

“We partner with governments all over the world – we have great relationships with the Columbian, Chilean and Singaporean governments, and a number of European ministries – and I’ll say that the Malaysian Government is one of the easiest to interact with,” he said. “The No 1 relationship we have is with Malaysia.”

Ressi pointed out that national ICT custodian the Multimedia Development Corporation (MDeC) has been fully supportive of what the Founder Institute is trying to achieve in Malaysia. It has sponsored the travel of some of the mentors in the first semester.

MDeC, which is in charge of the Multimedia Super Corridor (MSC Malaysia) project to boost the ICT industry and the Digital Malaysia programme which seeks to transform the nation into a digital economy, also helped these mentors to connect with the relevant people who could help them understand the startup ecosystem here.

“My average time on the ground in any country is 18 hours; yet I am here in Malaysia for five days,” said Ressi, who was also a panellist at GES 2013. “Again, five days are like an eternity to me, and I wouldn’t do that unless I really believed in the city and the country, and that’s the truth,” he said.

MDeC chief operating officer Ng Wang Peng (pic), who was also there at the Founder Institute celebration, said that when MDeC flies in mentors for the Institute’s programme, it also takes the opportunity to get them to engage with the ecosystem players here – whether it is through fireside chats, talks or mentoring sessions.

“While the Founder Institute has its own criteria for who they think are best for its programmes, we also give them a list of companies with whom they can work,” she said.

“As a government agency, we cannot be funding these startups – these are public funds after all – but we can certainly play our role in supporting, enabling and facilitating the ecosystem here,” she added.

The Founder Institute Malaysia chapter is led by Heislyc Loh, founder of the StartupMamak community of startups; and Tzu Ming Chu, founder and chief executive officer (CEO) of Impersuasion.com, a web analytics software and solutions firm.

The Founder Institute said that in its four-month training programme, entrepreneurs ‘learn by doing’ and launch a company through structured training courses, practical business-building assignments, and expert feedback from these mentors.

In addition, since training sessions take place once a week at night, programme participants are not required to quit their day jobs. Anyone who is interested in starting a technology company is welcome to apply at http://fi.co/apply/kuala_lumpur.

Ng said MDeC had no targets for how many entrepreneurs should graduate in the second semester. “We don’t really work on that basis, but we do hope to see more quality deals flowing in,” she added.

Ressi agreed that deal-flows was an issue, but was optimistic that this is changing in Malaysia.

“Asian investors are more conservative than in other parts of the world, including in other developing markets such as Brazil and other South American countries.

“It’s just the nature of the beast, but that’s a problem time will fix. As these companies demonstrate greater degrees of value, they will become hard to ignore, and the funding will come.

“We’ve seen this happen in other markets, exactly like how the playbook is playing out here. You see a group of companies come out, they find their feet over the first few months and once they have a team and have some traction, it will be hard for investors to ignore that,” he said.

What the Malaysian Government has done with various agencies, including MDeC, is to have jumpstarted the process, Ressi said.

“Our goal is to see this progress without as much support from the Government,” he said,

“Don’t get me wrong – I think governments still play a vital role, but the companies themselves will start to show promise and be able to attract funding,” he said. “I know this is happening, I see it happening now in Malaysia.”

Ressi said that out of the seven startups that graduated from the first semester, three or four would be able to get some funding “any day now,” but admitted that one was struggling.

“Many of them started the programme while still holding down jobs, and they quit after they graduated to start their companies,” he said. “We have seen 30 jobs created in those seven companies, so that’s super-encouraging.”

Next page: First semester graduates and their startups 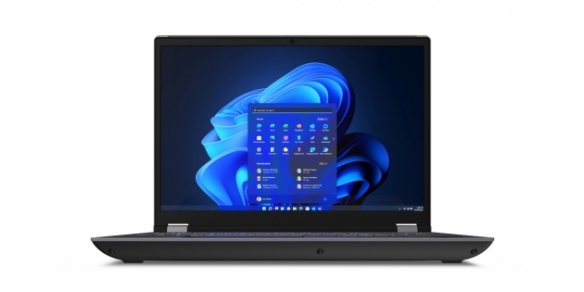