Entrepreneur Fearon to focus on JF2, hands Gilcrux reins over to COO SINGAPORE-based serial entrepreneur John Fearon (pic) has vacated his post at the accelerator and investments holding company he founded, Gilcrux Holdings, to focus on his new incubator JF2.

JF2 (pronounced J-F-Squared) is an early-stage startup studio. Unlike traditional accelerators and incubators, startup studios like JF2 build multiple products and startups simultaneously, using shared resources from beginning to end, the company said in a statement.

“The start-to-end approach with shared resources provides much more value and insights than traditional incubators,” he said.

“Instead of an assembly line rushing initiates out in hopes that a few succeed, JF2 will nurture all its greenfield ideas to change the world,” he added.

He has spent almost 30 years working in telecoms, technology, and media. Since joining Gilcrux Holdings a year ago, he has helped engineer two mergers and acquisitions, raised over US$100 million for the company's ventures, and spearheaded the group's push into the Middle East. 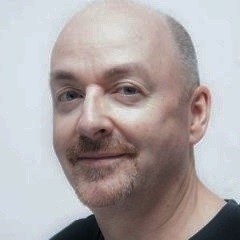 Sharp (pic) said he intends to keep the company on its current course, with a focus on growth-stage business enablement, financial services, and marketplace platforms.

“Working with Fearon has been a blast. He’s built a great team and created a ton of value over the past three years. I wish him nothing but the best as he re-enters the startup universe,” said Sharp.

At JF2, the startup studio owns the majority of the equity in the startups it creates. There will be full-time staff (development, marketing, design, etc.) shared by all startups.

The studio will focus on creating plenty of brand new businesses and products in the mobile, financial services technology (fintech) and business-to-consumer realms.