MOBILE marketplace startup Carousell has raised S$1 million (US$802,650) in seed investment to fuel its ambitions in South-East Asia.

Carousell, currently headquartered in Singapore, is a mobile-ﬁrst consumer-to-consumer (C2C) marketplace and app that aims to make selling as simple as taking a photo.

The seed funding will be used to expand the company’s engineering and community teams to grow Carousell in the region, with Malaysia and Indonesia ﬁrst in the pipeline.

Rakuten led the round of funding with other investors including Golden Gate Ventures, 500 Startups, and angel investors Danny Oei Wirianto and Darius Cheung. Carousell declined to share details of the investment breakdown by each investor, though it said its founders still hold the majority stake in the company.

Sae Min Ahn, managing partner of Rakuten’s Investment Arm, said that an entire generation of Internet users would leapfrog the desktop and come online through the smartphone.

The first apps this new generation are going to use are the likes of Facebook, Twitter and Instagram. According to Ahn, if they wanted to buy or sell something online, they are going to expect an experience that is equally simple, intuitive and fun to use.

“Carousell is in the best position to ﬁll that need. The team has spent more than a year reﬁning its product and understanding its users, and has in place an exciting pipeline of innovative features.

"Rakuten is truly honoured to lead this round and provide a bedrock of opportunity for the team of ultra-talented founders," he said.

500 Startups venture partner Khailee Ng, who oversees the 500 Durians US$10-million micro fund that has been designated for South-East Asia, told Digital News Asia (DNA) that an investment was made because Carousell “nailed the product” and produced impressive traction.

“People underestimate just how much mobile adoption is changing things. When I was first asked to try it, I snapped a picture of my bag, named a price and got three offers.

“Keep in mind that this was in the Malaysian marketplace which hadn’t fully launched at the time. I compared this with my own painful experiences in traditional classifieds and knew they were on to something big,” he said.

This marks 500 Startups’ 12th investment in the region to date, including investments in Viki, Payroll Hero and DropMySite prior to the 500 Durians allocation whose investees now includes financial comparison portal iMoney and Carousell. “We've been working closely with the founding team since they started the company. They are tech-strong, and business development-savvy. We believe Carousell can be expanded and localised around the region and hope to help them with the expansion,” he said.

Commenting on the investment, Carousell cofounder Lucas Ngoo (pic) said the team was humbled to have the support of A-list investors who believe in the team’s vision and execution ability.

"Besides having Rakuten, the world's third largest e-commerce marketplace company behind us, every individual in the investor group brings to the table product expertise and their experience in building successful businesses at scale.

“We're also excited to have Khailee Ng who built and sold an e-commerce company to Groupon, and Danny Oei Wirianto who was then chief marketing ofﬁcer and part of the team that grew Kaskus into Indonesia's largest online community, advise us on our Malaysia and Indonesia expansion respectively," he said, adding that he is looking forward to bringing Carousell to fellow Malaysians.

Next: Riding the merry-go-round of inspiration 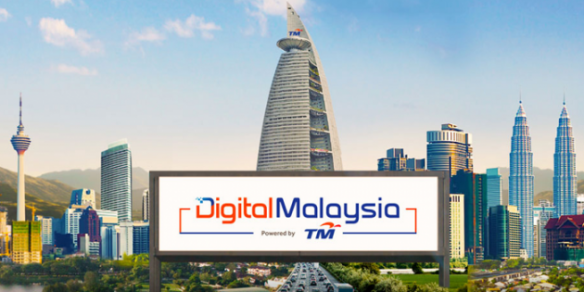