Riding the merry-go-round of inspiration Co-founders Ngoo, Marcus Tan and Siu Rui Quek are graduates from the National University of Singapore and met during the one year spent working on an internship full-time in tech startups and taking classes in Silicon Valley.

“That was when we fell in love with tech, started making stuff, and where we got inspired to do a startup. We wanted to do the same like startups there: Use technology to solve problems at a very large scale. That is our primary motivation,” said Quek (pic) in an email interview with DNA.

Carousell got its start as an idea cooked up during a Startup Weekend Singapore event in March 2012, where Golden Gate’s Lauria also happened to be a mentor.

The trio knew they wanted to work on an idea that solved a meaningful problem, and what better problem than their own?

“We started Carousell because we felt existing marketplaces were stuck in the 1990s. And selling on those platforms like forums and web classifieds is uninspiring and tedious. We used to sell on these platforms ourselves, but felt that we needed something simpler, more beautiful, inspiring, and social,” said Quek.

And so the team set about solving a problem that was close to their hearts. In 54 hours, a demo app was created and they emerged as winners of that Startup Weekend event, beating out 40 other teams.

“People were also asking us if they could download the app, but it wasn't ready. However, we knew this idea solved a problem that resonated with people. And so after I graduated in May 2012, we took the plunge and started full-time development of Carousell.

“Marcus left his job at Oracle after a year, and Lucas had to juggle full-time work with school since he still had a semester to go. We launched our iPhone app in August,” said Quek. 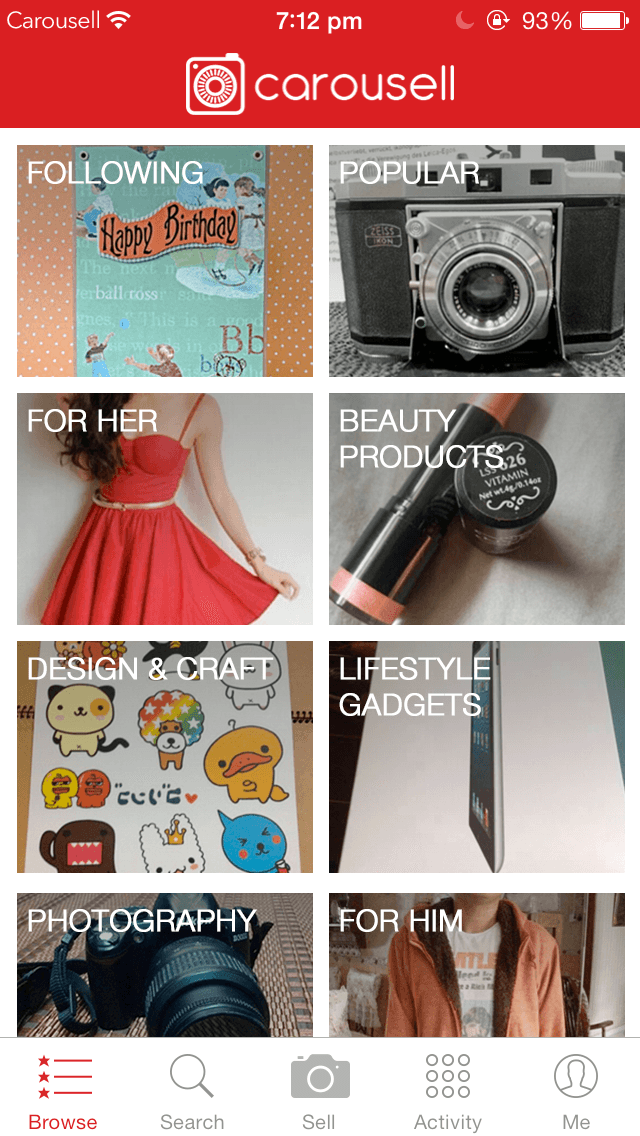 Billed as a mobile-first C2C marketplace, Carousell is primarily active in Singapore, with a small but active community in Malaysia. The platform is currently available as a native app on iOS and Android, with the system’s backend hosted on a variety of cloud services.

“We entered when Friendly Fashion in Malaysia shuttered its operations to give those users a new home to buy and sell on,” said Quek.

When asked what differentiates the product from similar offerings already in the market, Quek noted that competitors include any online and offline platforms that people buy and sell on.

“But we are different because we combine three things: Simplicity of use, an inspiring and photo-centric experience along with a social element, making it  easy for people to interact with one another and personalise their own marketplace by choosing their favourite sellers to follow,” he claimed.

He shared that in slightly over a year, the Carousell community has created over a million listings using the app, but declined to share exact figures for its current user base.

In terms of a business model, Quek said the company is currently pre-revenue and is focused on growing regionally.

“We are in this for the long haul. When we shift our focus to monetisation, we have plans that we're confident ... would allow us to capture part of the flow of value, and thus align us well with the interests of our sellers,” he added.

When asked what keeps them motivated, Quek said the users keep the team motivated.

“We are thankful to get thank you emails, celebratory tweets and great app store ratings and reviews. More importantly, it validates the work that our team is doing,” he added.

Quek also expressed excitement at the prospect of inspiring an entirely new generation of online sellers who are coming online for the first time through the smartphone.

“And that opportunity is huge. We are in this to use our passion for technology to solve problems at a large scale,” he added.

When asked to highlight the biggest challenge to date with building Carousell, Quek admitted that staying focused was the main hurdle.

“We have tons of features that we'd like to build and many attractive partnership opportunities surface every now and then. But as a startup with limited resources, we've always got to decide with data and intuition on the single most important thing that we need to focus on each step of the way,” he said.