IT has been almost two years in coming but the baby is finally leaving its crib. After nursing the fledging Malaysian Business Angels Network (MBAN) since it was announced in May 2012 and then officially launched in December that year, Cradle Fund Sdn Bhd chief executive officer Nazrin Hassan (pic) posted on Facebook in late February that Cradle had officially handed over the running of MBAN to the private sector.

The inaugural MBAN committee will be under the leadership of Richard Wong, founder and ‘chief listener’ of Vistage Malaysia.

Vistage is a US-based organisation that helps CEOs and entrepreneurs develop themselves. Under Wong’s leadership since 1994, Vistage Malaysia has grown to be the most active Vistage chapter in Asia. It has 430 members with combined annual sales of US$9.1 billion (RM30 billion) and employing over 60,000 people.

Wong’s track record and Vistage’s strong membership of high net worth individuals leads Nazrin to say, “I believe that the inaugural MBAN committee under Wong's leadership and the Vistage Angels Club will do well and provide a firm foundation for angel investment to grow in Malaysia.”

“We hope to have 200 angels by the end of the year, between 50 to 100 of them registered with MBAN. Cradle will assist on matching the deals with angels, other than being the permanent secretariat,” Nazrin says.

When MBAN was first launched, its target was to get 50 angel investors registered by the end of 2013. Registering with MBAN is a prerequisite for any angel investor to qualify for the angel tax incentive.

“From all our events in Cradle and MBAN, we have identified more than 60 angels who have participated in our activities, but we have only about 20 who have registered under MBAN to qualify for the angel tax incentive so far.

“I think the rest will register … to participate in our angel education roadshows, or when they are about to make an investment and would like to qualify for the incentive,” he adds.

Cradle is also giving MBAN “a small amount” to kick-start its operations for the first year, after which the organisation is expected to be self-sustaining. MBAN is expected to generate its own revenue via membership and programme fees, external sponsorship, and so on.

The amount Cradle will be providing MBAN includes RM15,000 for its council to operate its core activities, but does not include some of the allocation Cradle has put aside for the angel education roadshow and various marketing efforts, according to Nazrin.

“Cradle is also providing the MBAN Secretariat support, which also doubles up as the Angel Tax Incentive Office (ATIO) at Cradle, and is in charge of administering the angel tax incentive,” he adds.

Wong himself tells Digital News Asia (DNA) that he sees synergy in Vistage’s own role as an organisation helping CEOs and entrepreneurs in transforming their businesses, with MBAN’s.

“I feel that we can play a role in promoting and encouraging angel investing among our member,s, especially in early startups. Beyond that, we can also mentor and develop the startups to grow personally and professionally into successful businesses,” he says.

Cradle’s Nazrin has always recognised that for MBAN to be successful as an umbrella organisation for angel investors, it has to be led by groups and networks of angels, to be able to attract more private investments. Incidentally, the Vistage Angels Club was formed after Nazrin approached Wong to assist in promoting the Angel Tax Incentive among Vistage members. The response was overwhelming with 180 members responding positively.

Another factor that encouraged Wong (pic) to play a more meaningful role was Cradle’s willingness to listen to Vistage members’ feedback that the MBAN application was too cumbersome.

“They responded promptly to simplify the application and process to encourage applicants. I then decided to play a more active role,” says Wong.

It also helps that Wong himself has long been involved in helping entrepreneurs, and not just in the brick and mortar space. “I was impressed by a group of young men who initiated Startup Street whilst still studying and working, and I have been advising them since 2013,” he says.

Startup Street was born out of the idea of creating an avenue for students to gain some insight into entrepreneurship via internship with startups.

Aside from the Vistage Angels Club, MBAN already has representatives of various angel clubs like, Pikom Angels, Angels Den, TPM Angels and others. [Pikom is the National ICT Association of Malaysia.]

With the wide representation, MBAN will also be the voice representing the interests of angel investors and act as the policy spokesperson for the industry in engaging with the Malaysian Government.

MBAN will set out to create greater public awareness on angel investing and the angel tax incentive, educating angels and guiding them to set up their own angel clubs or networks, or to join existing ones.

These building blocks would be crucial to tackle what Wong sees as the biggest hurdle: “Educating and inculcating the mindset of angel investment in those high-income earners and/ or high net-worth individuals who are new and/ or more risk-averse to investing in startups, particularly in technology-related or high-tech businesses.”

He says that the immediate nine months will see the following types of training:

MBAN will focus on the qualifying activities approved by the Ministry of Finance:

If MBAN, under Wong’s leadership, is successful, Nazrin’s quip at the time of its official launch – “With MBAN, figuratively, angels will finally have wings to fly” – will probably come true. 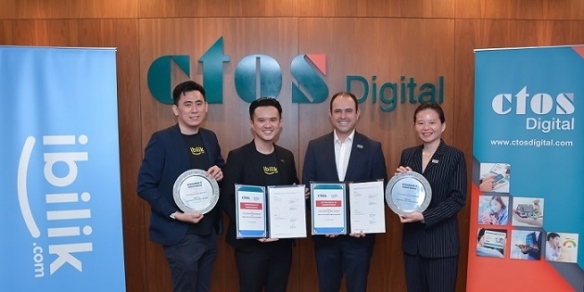