EIGHTEEN months after launching a pre-seed fund, thanks to US$1.6 million (RM5 million) in funding from the Malaysian Government, Bikesh Lakhmichand has returned the unused portion of the money back to the Ministry of Finance.

He is now running 1337 Ventures Sdn Bhd and the accompanying 1337 Accelerator as a privately-run initiative, having successfully raised an undisclosed sum for a pre-seed fund and is “very confident” that he will raise a US$10 million (RM32 million) seed fund sometime next year.

Armed with the lessons of the last 18 months, having launched 1337 Ventures in March 2013 and with three cohorts of startups under his belt - March and Sept of 2013 and April 2014, a key motivation for Bikesh to raise private money was the need to work faster and across boundaries.

But he also reminded Digital News Asia (DNA) that he has always said he would not want to depend on public funding forever.

“With 1337 Accelerator's third cohort that started this April having finished their programme in July, it is a clean break,” he said, speaking to Digital News Asia on Aug 3 after concluding Batch 2 of Alpha Startups in Kuala Lumpur where 19 teams made their final pitch.
[Correction: It was earlier incorrectly stated that 1337 Ventures made its break at the end of Batch 2 Alpha Startups.]

1337 Accelerator launched Alpha Startups, billed as Malaysia’s pre­-accelerator programme, in May this year with the support of national ICT custodian Multimedia Development Corporation (MDeC). It was formed to help early stage startups get from raw idea to validated minimum viable product (MVP).

Another motivation for Bikesh, the chief executive officer 1337 Ventures, to raise private money was to address the alarming gap in funding from seed to Series A.

“I think it is truly important to get this going as there is a big gap in this funding space. I think we have all already seen that you can raise Series A funding (not necessarily in Malaysia), but the big struggle is at the seed stage,” he said.

While some people have been clamouring for the Malaysian Government to do more here, Bikesh has always held a contrarian view and felt it was members of the private sector that were better equipped to close this gap.

For one thing, they all had pain points that needed solving. Some wanted to set up innovation labs but admitted to him that they did not know how.

“No one has figured out how to curate innovation,” he said, adding that because they did not understand the startup culture, it would take them too long to start working with any startup.

“But they liked what we were doing, especially when they experienced the GLC (government-linked company) accelerator programme we held,” says Bikesh, referring to 1337 Ventures’ inaugural Enterprise Ignite Accelerator: GLC Edition launched in April.

The three-month collaborative programme brought together startups developing technologies that can be deployed at GLCs with the GLCs themselves. 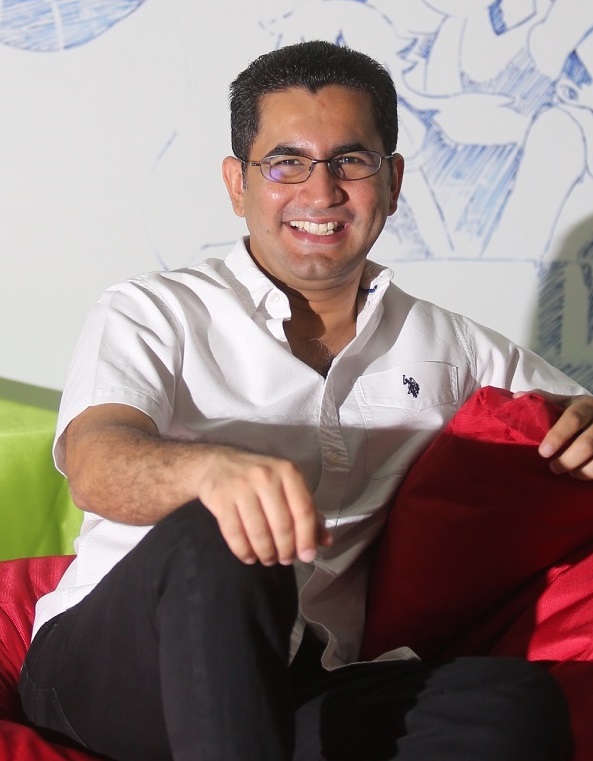 As a result, Bikesh (pic) is targeting to help three private companies launch their innovation labs with a focus on the verticals of finance, telecommunications and property development.

“These large companies have realised that many of the startups are run by technical people. Getting them to come into your own accelerator programme is like hiring R&D (research and development) personnel at a fraction of the price,” he argued.

Bikesh said he is excited by the possibilities of these private innovation labs which will bring early stage companies into the big boys’ environments, offer them use of their networks, resources and talent to quickly get them to the stage where the corporate entity may then invest in them.

He thinks the ecosystem is about to be disrupted by this approach.

Meanwhile he is focused on the next batch of startups which will be building telco-related products and services in a November pitch to Telekom Malaysia.

Sharing his thoughts on the just-concluded Batch 2, he said, “It just validated my belief that the best ideas come from non-tech people who have a better grasp of pain points in their daily lives at home or work.”

Bikesh also said that some of the 16 startups 1337 Ventures has invested in will likely see some activity next month at the seed funding level. While most of the startups got RM50,000 from 1337 Ventures, a few did receive higher amounts of RM100,000.

Some received money for a 30% return of revenue over two years while others received funds in exchange for equity.

“But for the money I have raised for my pre-seed fund, it will all be invested in exchange for equity with the amounts ranging from RM100,000 to RM150,000,” he added.