UPDATED WITH VIDEO MALAYSIA Venture Capital Management Bhd (Mavcap) started life in 2001 with RM500 million funding from the Government under the 8th Malaysian Plan, part of a series of five-year national development plans.

But Mavcap is now asking for more money under the 10th Malaysian Plan, “actually quite a substantial amount,” he says, which is for their Outsource Partners (OSP3) program.

If things go well, Mavcap – the Malaysian Government’s venture capital (VC) arm –could get more than RM300 million. And, indications from the Ministry of Finance (MoF) are that they will approve RM100 million initially, says Jamaludin.

More importantly is that it looks like the money will not be given to Mavcap in the form of a loan which it then must repay the government, usually by making an exit from its stable of companies.

Rather the money is likely to be given in the form of equity. If this actually materialises, and Jamaludin seems hopeful it will, Mavcap can actually behave more like a VC and, in theory at least, take higher calculated risks in its future investments.

Explaining the reason behind the new approach by the Government, Jamaludin says, “They have realized that giving us the money in the form of a loan that must be paid back is not really a form of venture capital. And, it can back-fire as we become more conservative in making investments.

“It defeats the purpose of investing in startups which is a high risk activity,” he says.

Having the next injection of funding in the form of equity investment is good for Mavcap, says Jamaludin, but it does not mean it will become reckless.

Getting the full RM300 million is a key initiative of Mavcap moving forward and helps it on two fronts – building industry capabilities and ensuring there are enough private VCs that Mavcap can co-invest with in startups.

Firstly, it was already part of Mavcap’s mandate from Day One to grow the VC ecosystem in the country and to hopefully spark more private VC companies to sprout. They may have sprouted at one point but today have either closed down or remade themselves into private equity firms.

As a result, entrepreneurs have suffered as there are practically just a handful of VC companies active. Even Mavcap has felt the pinch as Jamaludin says that there are no private venture companies it can partner to co-invest with to lessen the risk for each party.

Hence it plans to launch its OSP3 program. The second one was launched in 2006. Of interest is the fact that OSP3 will involve a spinoff of Jamaludin’s existing investment teams in Mavcap into four private VC firms [pending board approval].

Mavcap will then invest US$25 million in its funds with the four new firms needing to raise a matching amount from external investors to ensure they start life with US$50 million to invest.

The four Mavcap teams are trying to raise the matching US$25 million from both local and global investors. “We learnt that lesson in OSP2 where even raising RM5 million from local investors was tough enough for our outsourced partners.” He shares that the four teams are in final discussions with their respective potential investors.

Malaysian entrepreneurs may not like this next part but Jamaludin observes that even trying to make local investments was tough for the OSP2 partners. Hence, the mandate for the OSP3 partners will be to invest globally too besides looking at local startups.

Jamaludin feels it is good that he will need to rebuild his entire investment team as letting his existing team go means they become private VCs and when they are successful, they can raise funds on their own.

Rebuilding the team also gives him more room to decide on the next direction Mavcap will take. He hints that it could specialize in new technology areas and thus will need to hire the right skill set of investment managers to come in.

Managing a government-backed venture fund also comes with a different set of expectations, says Jamaludin. “Most people think that if they go to a government-backed VC, they will get funding or that it is just easier. But Mavcap is trying to narrow the expectations as some of the entrepreneurs even complain to MoF when they get rejected,” he says.

“We are then asked to explain why we rejected certain startups but I have to say that the Government has been very good in accepting our reasons.” But the pressure is there as some even write to ministers or speak to specific people in government agencies to complain.

Next: ‘Quite a number of our companies have failed’ 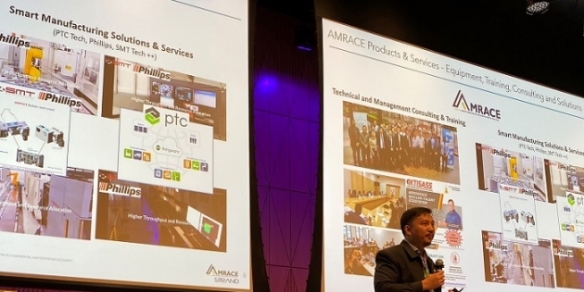