ONE thing Jamie Jackson is not short of is confidence. A candidate for the Australian Ernst & Young Entrepreneur of the Year award, Jackson, chairman of Apac Sale Group, an online discount retailer for premium fashion brands, expresses confidence that he will “win.”

That's how he is approaching each of the seven countries he has either set up in or is in the process of doing so.

He is certainly off to a fast start in Malaysia since the March launch of mysale.my. With 330,000 members in Malaysia, defined as those who have registered and agreed to receive daily sales alerts, Jackson notes that the conversion rate in Malaysia is higher than that in Australia, where he launched ozsale.com.au in 2008.

But this is also because the e-commerce environment in Malaysia is quite developed today.

However, the one major difference between Malaysia and Australia/ New Zealand is online fraud. "I guarantee you that anyone doing e-commerce in Malaysia is being bashed beyond belief," says Jackson.

Dealing with fraud was the main topic on the table for his current trip. "In Australia and New Zealand, online fraud is not even in the conversation," he says.

According to Jackson, the average fraud level for Mysale.my over the last three months was 11%, with May being the highest at 17%. "Whilst most of this is not sent and therefore our financial loss is not at the same level, there are of course effects upon overall turnover and the processes that we have to put in place to counteract fraud.

"This cost the business in terms of resource and money.  As a benchmark for comparative purposes, other markets within which we operate have a fraud rate of lower than 1%," he adds.

But he is undeterred and accepts it as part of the learning curve for being in developing markets. In Malaysia, his company presently sells foreign branded items, the main focus is on "understanding the market and giving it what it wants."

For brand-conscious Malaysians, that will be mainly western and Japanese brands. Jackson's model of working directly with fashion brand owners to help them liquidate their excess stock works well as it ensures he is able to deliver to his customers branded goods that are "authentic" as he puts it.

But working with home-grown brands is important too and in Malaysia, they are about to start on that.

He is bullish about the growth of e-commerce here and plans on being here for the long haul building the business, helping to strengthen the ecosystem and putting in the right systems and processes for mysale.my.

"We don't take people out of Germany and put them into a country and if things do not work out, pull them out. That is not our philosophy. We go in and open a country, not stores.

“The longer we stay, the better we will do," he says in a back-handed dig at Rocket Internet, the German-based Internet company that has also launched a string of e-commerce sites in the region but with a launch quick, fail-fast philosophy. The group's numbers are certainly amazing with Jackson (pic) estimating revenue for 2012 to hit US$250 million. Around 10,000 new members sign up a day on the combined properties of the group, housed under Apac Sale Group, and Jackson estimates the group will have a total membership base of nine million by the end of June 2013.

"When you consider the fact that we are selling a product (branded fashion items), that is an enormously powerful database," he adds.

With an eye to an eventual listing, "we will likely hit US$1 billion revenue in the next three to five years," he claims.

Jackson decided in 2009 to bring in a venture capital firm. New York based Insight Venture Partners plunked down US$14.5 million for a stake.

Asked why he took so much money when the model was already proven to work, Jackson said it was with an eye to an eventual listing in New York or Sydney and to go global. "They helped expand our reach and outlook to be global," he says, adding that they are also positioning Apac Sale Group nicely in the investment community in New York.

There is also some synergy as Insight Venture Partners has stakes in three e-commerce sites around the world. 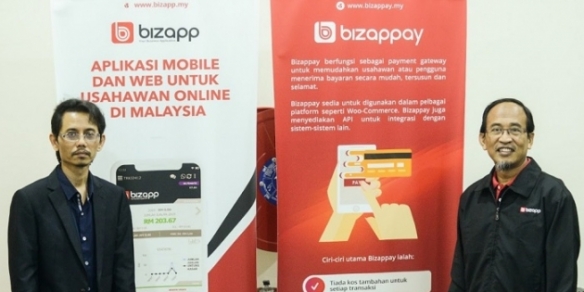