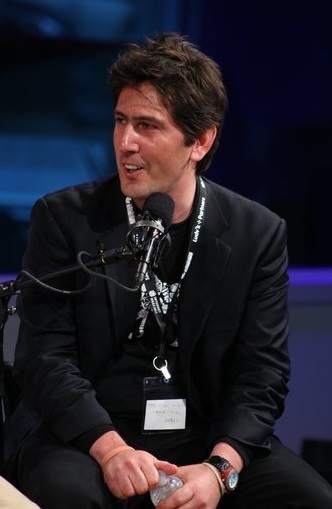 CROWD-FUNDING is not a new idea, but despite the launch of PitchIN, Malaysia’s first such platform, last year, the trend has yet to make any real impact. Indeed, one of its three founders Sam Shafie told Digital News Asia in January that only two of PitchIN’s 11 initial projects had successfully completed their funding drive.

What gives? Are Malaysians generally tight-fisted, or was it merely that most of the early PitchIN projects just not compelling enough?

Sam felt that his platform needed to work more on educating the market, a point with which Epirot Ludvik Nekaj (pic) agrees.

But market education is just one the building blocks necessary, says Nekaj, founder and chief executive officer of Crowdsourcing Week, to be held in Singapore from June 3-7.

“There are a few things you have to consider,” he says. “You can’t just jump on it without having a community, so if you don’t have one, the first thing you have to do is to build one.”

“And when I say build a community, I mean an engaged community,” he says, adding that this requires constant engagement, conversations and content that would be of interest to the community.

Nekaj noted that there may already be a community out there with which a start-up can engage – for example, a patient community if yours is a healthcare product.

Indeed, you could look at MedStartr, which has a community that is already open to the idea of healthcare products, or PatientsLikeMe, which brings together people suffering from similar diseases so that they can share experiences.

Crowdsourcing Week is being touted as the first global event on crowdsourcing, open innovation and crowd-funding. The five-day curated conference will focus on how crowds can make outstanding contributions through a collaborative business model at the enterprise level.

Nekaj believes that crowd-funding, and indeed crowdsourcing in general, is really set to take off in Asia.

“I think why it has not taken off yet is that a lot of the start-ups are trying to replicate the same model that worked in the Western markets, but for me it is about the different cultures, and if you’re just going to replicate the US model for instance, it’s not going to work,” he says.

There are key differences. “You have to come out with the right tools and semantics on a platform that makes sense to that particular culture. We all know how fragmented Asia is, so don’t take a one-size-fits-all approach,” he adds.

There are also tactical moves that a start-up should take to create a successful pledge drive. Crowd-funding sites usually involve you producing a video.

“You really need a good explanation on the video to show how this product is going to work and what its real benefits are going to be,” says Nekaj. “You need to focus on the few key items that would matter to this community. You have to break this down into pieces.”

“But the bottom-line is that what really resonates with the community most is the product. If you really have a good product or idea that you’re prototyping that you want to bring to the world, you’ve got to properly position that product.

Indeed, crowd-funding need not be just about getting the money. There is a second, perhaps scarier, use – it can be your first market test.

“You can’t determine if your product is going to succeed or not based on feedback from your friends and family,” says Nekaj. “This is the whole basis of crowd-funding – it allows you to understand if there is a market for such a product because you’re now exposing it outside your circle, and this is fundamental to having a successful campaign.”

A lot start-ups now participate in boot-camps and workshops where they pick up lots of pointers on how to make pitches, but making pitches to a group of investors is substantially different that making a pitch to your market – do start-ups understand that?

“Many don’t, to be honest,” says Nekaj. “A lot of start-ups live in this delusional world where their products are great.”

This passion is great and important, he admits. However, if you really think your product works, use crowd-funding as a platform for market validation.

“We do have an example of a start-up that initiated a pledge drive for US$60,000 but managed to raise a million dollars,” he adds. “Sometimes you may under-estimate the market for your product, and crowd-funding can be a great test for this too.”

“Let the market decide if you have a market.”

Another mistake crowd-funding platforms may make is concentrating too much on geographical boundaries. Models that have worked in large, developed and relatively homogenous markets may not work in Asia, which is very fragmented in terms of culture, language and even level of development. But that doesn’t mean you need a different platform for each market.

“Yes, you can still have that one platform, but it doesn’t mean you have to serve the same page to every market,” says Nekaj. “You have to go into different markets with different pages.”

“I mean, the whole idea of crowdsourcing is that there are no geographic boundaries,” he adds. “However, when you serve pages, you must serve the right page according to what the market is accustomed to.” Indeed, the need to educate start-ups on how to make effective use of crowd-funding platforms is why Crowdsourcing Week has decided to launch the International Start-up and Crowd-funding Challenge.

The organizers are inviting start-ups from anywhere in the world to submit their business plans by April 8, and 10 finalists will be picked by a panel of venture capitalists and start-up mentors on April 22.

The finalists will then compete to raise US$30,000 capital on RocketHub, a pledge-driven crowd-funding platform that has helped thousands of artists, scientists, entrepreneurs, and social leaders raise millions of dollars.

The top three projects to raise the most capital will be grand winners, taking the stage in Singapore on June 6. More information and the application guidelines can be found here.

“One of the reasons why we’re partnering with RocketHub, the third largest crowd-funding platform on the pledge-driven model, is that they focus a lot on the educational part,” says Nekaj. “I think the communities and start-ups here need to learn more about what it takes to have a successful crowd-funding campaign.”

In a statement, RocketHub co-founder and chief executive officer Brian Meece says, “Crowd-funding is an authentic way to gauge market demand for endeavors, so these entrepreneurs will get valuable feedback on their early stage products and companies.”

In addition to being the funding platform, RocketHub will consult with the 10 finalists on how to properly assemble and promote a crowd-funding campaign.

While the competition is open to all start-ups meeting application guidelines, crowd-centric models are encouraged. The judging panel includes start-up investors and advisors like Yen-Lu Chow of  WholeTree Ventures; Mark Hon of Business Angel; and Jeffrey Paine, partner at Golden Gate Ventures and director of the Founder Institute in Singapore.