ABOUT 80% of C-level executives and IT security professionals believe that cyber-attacks pose a greater risk to their nation than physical attacks, while 51% believe a cyber-attacker is currently in their corporate network, or has been in the past year.

The findings are part of Cyber-Ark’s seventh annual Global Advanced Threat Landscape survey, developed through interviews with 989 IT and C-level executives across North America, Europe, and Asia Pacific.

Analysis of this year’s survey shows that continued reports of nation-based attacks on global critical infrastructure and businesses, combined with high-profile data breaches such as the NSA (the US National Security Agency) leak, have made the industry acutely aware of the threat that today’s cyber-attackers pose.

Despite this awareness, businesses still have a lot of work to do to secure the enterprise from advanced attacks, Cyber-Ark said in a statement.

Cyber-attackers are continuing to breach perimeter security at an accelerated rate, the information security and identity management company said.

As a result, businesses need to assume the attackers are already inside their network and focus on securing the access points to the critical data and assets that the attackers covet.

“Cyber-attackers have repeatedly demonstrated the ability to disrupt national financial systems, cause harm to critical infrastructure and severely damage businesses and economies.

“To achieve their goals, outside attackers must steal the privileged credentials of an authorised user to gain the access necessary to meet their objectives. This level of threat requires a proactive approach to security that protects and monitors the access points to the critical data and assets that attackers are targeting,” he added. 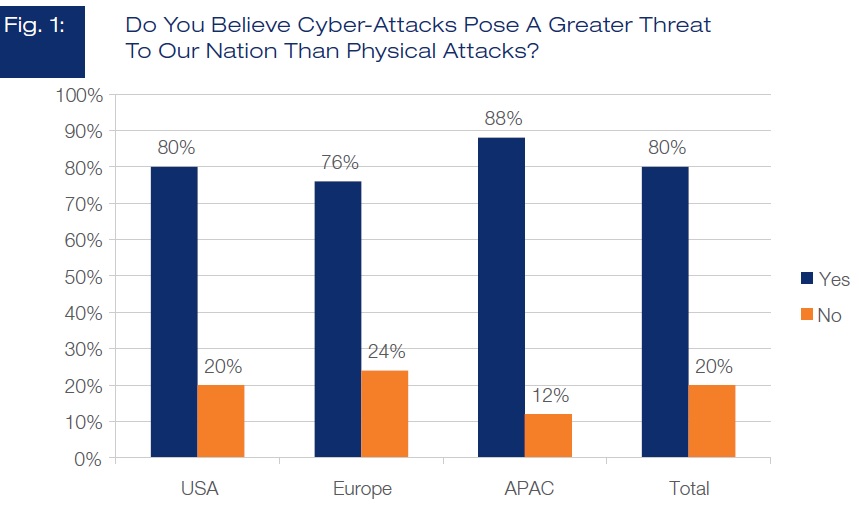 Key findings of the 2013 survey include:

2) The perceived failure of perimeter security – attackers already inside

4) Companies lose control of privileges in the cloud

The full survey can be downloaded for free here.