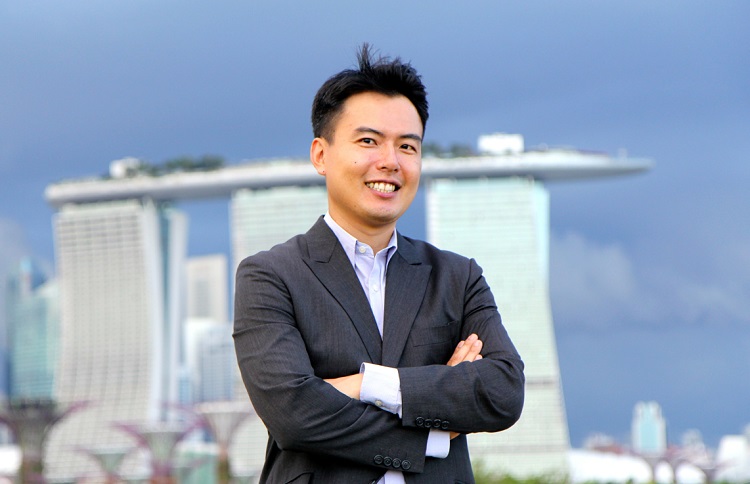 IT has been nine months since Berlin-headquartered and Rocket Internet-backed Helpling arrived on the on-demand services scene in Singapore, after its acquisition of homegrown startup Spickify for an undisclosed sum.

User acquisition and retention remain “strong,” according to Helpling’s Singapore country manager Hoe Yeen Teck (pic above), who joined the team from Spickify.

This is due in part to Singapore being “a very mature market, where people are used to the idea of hiring someone to clean their place, which is less so in other countries,” he told Digital News Asia (DNA) in Singapore.

“For us, it was really about getting our name out and have people see the value of our platform in booking a part-time cleaner,” he added.

User growth for Helpling in the last nine months has been “super strong,” Hoe claimed. “We have been seeing, on average between 10% and 20%, and up to 30%, month-on-month growth.”

“This very encouraging as it means we are moving into a space that is already known to customers – we are not creating a new market, and our customers see value in the services we provide,” he added.

“At the start, people were not quite clear about what it is so it was lower, but since then we have been seeing strong retention.

These numbers bode well for a market where there is increasing competition from other on-demand services startups which offer house-cleaning as only part of their overall offerings.

Hoe remains unfazed and believes that there is still space for Helpling to make its mark.

“Until Spickify came along there was no online booking – you either asked your friends, or went with a cleaning company or agency which would have quoted you [a price] based on your location, with no relevance to the size of your house,” he said.

“Right now, we are seeing a lot of people coming around to the idea that this is an even easier way of getting a part-time cleaner,” he added.

Newer services startups are not as established as Helpling, according to Hoe, who also believes that the market had not reached saturation yet.

“We have started to see more services [startups] come up, but they are not as established and they do not work with as many people as we do.

“There is still a lot of way to go, and the concept of going online to book a cleaner is still new – there there’s still plenty of space [in the market], it’s nowhere near being saturated,” he argued. When asked whether the labour crunch was affecting Helpling, Hoe enigmatically answered “yes and no.”

“Yes in the sense that the labour is very tight and the unemployment rate in Singapore is low – it’s not like we have hordes of people beating down our doors, like in other countries.

“At the same time, the rates are attractive and we do have a lot of people who have converted from whatever they were doing previously to cleaning houses,” he added.

These include people who quit their white-collar jobs to become full-time cleaners, to housewives doing it on the side and even people who do this on top of their full-time jobs, according to Hoe.

“People are looking at it as a good way to turn this into side income, to make serious cash,” he declared.

Roadmap for Singapore and beyond

Helpling will not be resting on its growth laurels, and will be seeking to improve service and quality, according to Hoe.

“Domestic cleaning is not the only thing that we will do, there are so many other services where our platform can provide a lot of value,” he said.

“We are always thinking about plans for expansion, with the MO for Rocket Internet being to provide services for as many countries as possible, and with Singapore being the first Asian country.

“There are definitely plans for expansion – anywhere you see a city, market or country where the population is very tech-savvy, urban and busy, there lies opportunities there,” he added, declining to disclose timelines or future markets.