Considering that the tech giant now has Macintosh, iPhone, iPad and Apple Watch, bringing something fresh to the table around these key hardware platforms was the key focus for this event.

So here are our Top Five takeaways: Apple’s mobile operating system will see lots of improvements, and many of those are focused on providing better support for older devices.

Reeling from the backlash of the iOS 8 upgrade, which caused many older devices to lag and develop battery life issues, Apple is promising an improved experience this time round.

The company also highlighted called ‘app thinning’ which helps to ensure that only the parts that are needed will be downloaded to the device. This is especially for users who only have 16GB on their device and won’t have enough space for large amounts of system files.

The software also features better in-device search capability and an improved Siri (now with ‘Proactive Assistant’ functions) which works like Google Now, offering suggestions on your next tasks rather than just waiting for your commands.

The other big change is in the multitasking capability. iPad users can look forward to split-screen functionality and being able to run more than one app at a time on the display, something which rival products like Microsoft’s Surface and Samsung’s Android tablets have had for a while.

The best feature for most users would probably be improved power consumption. Apple is claiming a significant improvement in battery life, and introduced a new power saver mode. Mac users didn’t get left behind. Apple announced that the next version of Mac OS X, 10.11 El Capitan, will come see improved performance in day-to-day tasks such as app switching and opening documents.

It also beefed up Spotlight, the operating system’s search engine, to provide more contextual results.  Searching for an airline could result in the latest flight times from the local airport, for example.

Search has also been improved within Apple’s core applications, such as Mail (pic above), although Mail also comes with its own enhancements like the full-screen view function.

The company also opened up access to the Mac’s graphics processing unit so that developers can take full advantage of the hardware. Called ‘Metal,’ this technology will launch alongside the new OS.

And, in what is seen as playing catch up with Windows, El Capitan will make multitasking easier with a feature called ‘Split View,’ which helps to automatically size and place two application windows side by side. The company took pains to highlight its curated playlists, which it claims will all be selected by people rather than machines. It will also offer a 24-hour global radio service (called Beat 1) that aims to broadcast interviews and feature stories as well (just like any local radio station today).

There is also a feature called ‘Connect’ that lets artistes interact with their fans and offer opportunities for independent artistes to upload new songs.

What about your current music on iTunes? Well, this app will incorporate your own music library as well as the iTunes store, where you can continue to purchase and download songs.

The Apple Music service is free for three months, after which you’ll have to pay US$9.99 per month, or subscribe to a family plan for US$14.99 per month.

Nothing here is terribly new, since we’ve already been using Spotify, Rdio, Deezer and even Singtel’s Amped services for a while already.

What is interesting is that Apple will make this service available to Android users as well – a clear admission that if it wants its paid content service to succeed, it can’t depend on Apple users alone.

Reading magazines on the iPhone through Newsstand is challenging since the screen is really too tiny for this purpose. However, we like apps like Flipboard and Newsloop because they deliver the news in a format that’s better suited for smartphones.

Apple’s upcoming Apple News aims to compete in this area, bringing you content from news sites and publications that you’re interested in, in a nicely laid-out format.

The good news is that content providers get to keep the advertising revenues unless they use Apple’s services to drive advertising sales, for which the company will charge a 30% revenue share fee.

No news however, on when News will be available.

The WatchOS 2 update for Apple Watch Since the Apple Watch isn’t available in South-East Asian markets yet, the WatchOS 2 update announcement has more significance for developers than consumers.

The company released a new software development kit, called WatchKit SDK, which allows developers to access to all the key functions of the Apple Watch so they can create native applications.

Compared to many of the third-party Watch apps today that mainly operate from the iPhone, native apps will see improvements in speed and functionality, similar to the Watch apps that come from Apple itself.

This means better opportunities to create apps that will truly take advantage of the hardware on offer – for example, the ‘taptic’ feedback touch, digital crown and health sensors. Consumers for instance, will be able to use third-party health and fitness apps without the need to be connected to an iPhone at all times.

The new update also adds some functionality to the digital crown, allowing users to move the calendar appointments forward, as well as replying emails directly from the watch.

There’s also a night clock feature called ‘Nightstand’ (pic above) which, to be honest, should have been there from the start.

Developers are able to download the SDK immediately, but the WatchOS 2 update will only be available towards the later part of the year. 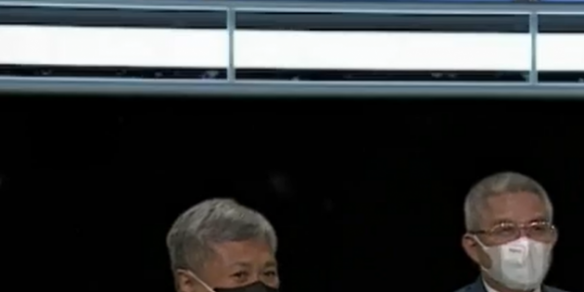