BLACK Shark - which you may know as the Xiaomi-backed smartphone maker that solely produces gaming smartphones - have just launched the Black Shark 2 Pro smartphone in Malaysia.

An upgrade to the previously-released Black Shark 2, the Pro version features some new hardware and improvements, chief of them being the Snapdragon 855+ chipset, which promises improved gaming performances.

"With the new Black Shark 2 Pro, we are happy to introduce important upgrades and innovative design to provide an ever growing experience for the global gaming community," says Black Shark Global vice president David Li. Taken as a whole, there aren't exactly a large host of upgrades and improvements between the original Black Shark 2 and the new Pro edition. The latter, of course, comes equipped with the new Snapdragon 855+, a more refined version of the 7nm chip that boosts gaming, gaming and XR (extended reality).

On top of that, the Pro version also comes with new RGB lighting strips at the back of the phone.

The rest of the phone, however, is largely identical to the previous Black Shark 2. You'll find a 6.39-inch Full HD+ AMOLED display (by Samsung) on the outside and a 4,000mAh battery on the inside.

On the camera department, the rear shooters consist of a 48MP main camera and a 13MP telephoto snapper. The front-facing camera is a 20MP shooter. There is no 3.5mm audio jack here, though. Where the Black Shark 2 Pro's specifications sound impressive is in its gaming-centric features and design choices. For one, it features a multilayer liquid cooling system which the company claims can reduce the temperature of the core CPU by 14 degrees, to help maximise the Snapdragon 855+'s performance.

The response speed on the phone is optimised to 34.7ms, which Black Shark touts as the lowest latency screen touch in the entire market. It also has 240Hz touch report rate for the synchronised action of 10 fingers. At the same time, a new Resizeable D-pad feature allows players to move their in-game characters with minimal fingertip movement.

The Master Touch 2.0 feature, on the other hand, lets players trigger multiple on-screen actions by pressing firmly on customised touch zones on the left and right of the screen while playing.

As with the previous Black Shark devices, the Black Shark 2 Pro supports the company's gaming accessories. Plugging in the portable gamepads, for example, can turn the smartphone into a portable console akin to the Nintendo Switch. Hook it up to the TV with Host Mode and the gamepads can be used for local multiplayer.

Purchase the smartphone now as part of the launch promotion, and you will receive a Black Shark Limited Edition power bank worth RM99. It comes in two different colours for the 8GB version (Shadow Black and Iceberg Grey), and in Gulf Blue for the 12GB version.

"Thanks to this new edition of our flagship, gamers will be able to deep dive into the action of their favourite games wherever they are. And to prove our commitment in developing the ecosystem, we have also announced partners with several key players in the gaming sector," Li adds.

These partners include a technical cooperation with Tencent Games's Next Studio - its game Metal Revolution is optimised to work perfectly with Black Shark's gamepad, while Spiral Storm - another Next Studio game - runs at a full frame rate of 60fps on the Black Shark 2 Pro.

Other partnerships fall firmly in the e-sports category. Black Shark will be the main sponsor of the MPL, or the Mobile Legends: Bang Bang Professional League, in Malaysia and Indonesia. Both Black Shark and Mobile Legends' developer Moontown will be undergoing a long-term cooperation in providing gaming devices to MPL players and audiences.

Black Shark has worked with Mobile Legends e-sports team Shopee Bosskurr by hosting a special friendly match that was streamed live on Facebook and YouTube. Additionally, the company reiterated its ongoing partnership with mobile game developer miHoYo, creator of Honkai Impact. Black Shark was the sponsor of the first Honkai APAC Championship Final in Southeast Asia.

"SEA gamers are different from gamers in other parts of the world. Here, they are mostly young people, and the young people here started playing games on the mobile phone rather than the PC or consoles. As such, There are a lot of mobile gamers in the region," Li tells Digital News Asia.

"It's a big market for us, and that is why we want to keep investing on more and more e-sports events here." 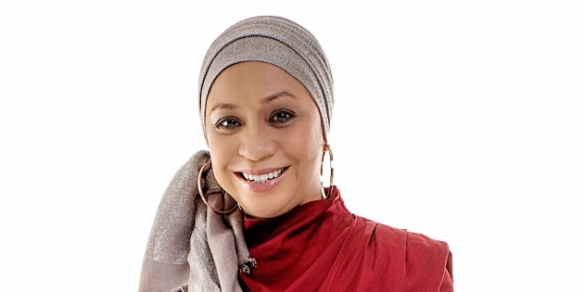