ACCORDING to J.D. Power, more than one-fourth (26%) of cardholders in Singapore now use mobile digital wallet technology such as Apple Pay, Android Pay, Google Wallet or Samsung Pay, which was launched earlier this year. Early adopters of this technology - nearly half of whom use Apple Pay - indicate greater satisfaction with their card issuer and have higher spend on their credit card.

“It is encouraging to see mobile digital wallet technology not only gaining traction but also helping to increase customer satisfaction with their credit card issuer,” said Gordon Shields, Director at J.D. Power. “Card issuers should continue to press on in their marketing efforts to further educate customers on the benefits of switching to digital wallets.”

Additionally, the study finds that 20% of cardholders indicate the rewards programme offered by their primary card is unattractive, underlining the need for card issuers to design rewards that better meet changing customer desires.

DNA interviewed Gordon Shields about the rise of the digital wallets and its future.

DNA: According to your recent report, mobile digital wallets are starting to take off in Singapore. Is that the case throughout Asia?

Certainly in Singapore, we are seeing a strong uptake of some mobile digital wallet platforms. In the most recent Singapore Credit Card Satisfaction Study, over 26% of credit cardholders said they had used a mobile wallet, which is only slightly behind the figures we see in the US with 29% uptake. However, unlike the US, Singaporeans use Apple Pay and Android platforms more often.

The rise in usage in Singapore has been driven by a concerted effort from card issuers, mobile providers and merchants to promote and accept digital wallet payments. Indeed, Singapore was one of the few early markets to introduce Apple Pay, after the US, UK, Canada and Australia, which underlines the attractiveness of Singapore as an affluent market with high card usage and smartphone penetration ready to adopt this platform.

DNA: Which country in Asia is currently the leader?

Certainly, China leads in Asia with AliPay and WeChat being very popular mobile platforms. The role of the “super app” offering an extensive closed payment environment highlights the attractiveness for consumers in China and may encroach further in the region.

India is also seeing fast growth in the use of mobile payment applications, including players such as PayTM with more than 100 million active users in India. Indeed, figures in a recent APAC MasterCard Mobile Shopping Survey showed that for last year, 45% of respondents in China and 37% in India were using digital wallets. The same study ranked Singapore third place with 23% of respondents using digital wallets.

DNA: What security measures do mobile digital wallets have that can give prospective customers some confidence?

Digital wallets are more secure compared to contactless payment cards when making an in-store payment, given that the cardholder needs a PIN or fingerprint to make the payment, rather than merely swipe the card over the terminal.

However, customer perceptions of security are clearly a hurdle hindering greater usage. Cardholder's concerns around double swiping at a terminal or misconceptions around electronic pickpocketing need to be countered by card issuers, networks and merchants alike.

Indeed, with instant mobile notifications on digital wallets, providers should more effectively notify cardholders of any odd or unusual transactions, even simply highlighting that although a double swipe was made, only a single payment went through. Technology can be used more effectively and with greater transparency to counter security concerns.

DNA: All the major hardware vendors such as Samsung and Apple have now launched their own mobile payment solutions. Who do you think will become the dominant player?

Presently in Singapore, Apple Pay is used more often. However, the market is changing all the time with challengers galore. What is key will be how the user experience develops as well as the type of handsets in the market. The iPhone range remains premium-priced, while the introduction of lower-priced smartphones with NFC features, alongside changing payment platforms, with the likes of Alipay or PayTM seen in other markets, means that for Apple or Samsung to win through they need to continuously innovate.

DNA: Is there a way to provide additional levels of security to mobile wallets beyond what is available in iOS or Android?

Unfortunately, we aren’t experts in security and thus can only comment from an end-user perspective.

DNA: Are there currently any bureaucratic restrictions to the adoption of mobile wallets in any Asian countries?

Unfortunately, this is a regulatory question, which we can’t answer.

DNA: Do you see a future where mobile wallets will overtake traditional payment systems?

It will be dependent on the convenience, acceptance and direct benefits gained from using a mobile wallet. At present, being able to pay with your smartphone is an attractive proposition, but it needs to be a reliable and trusted platform. Moreover, merchant acceptance levels have to be higher in order for cardholders to feel secure that they can use it for all, if not most of their daily transactions.

Moreover, to gain greater usage, mobile wallets need to integrate other incentive programs offered by merchants. Presently, cardholders have to reach to their wallets again if they want to use their retailer loyalty card, be it at the local grocer with their Passion card or when picking up their regular café latte.

Integrating further benefits and rewards into the wallet will help increase usage, but when it comes to the traditional piece of plastic, it probably will still be around for more years to come, but its long term future is most likely terminal. 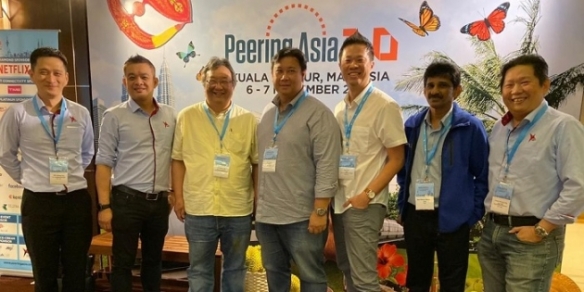