The Samsung Galaxy S20 Fan Edition has a confusing naming convention. I half expected it to be tied to a pop culture entity in some way, such as the Galaxy S20+ BTS Edition. I also expected it to be more expensive, more premium – a special, limited release that is somehow more excessive that the S20 Ultra.

But no. As it turns out, the Galaxy S20 FE falls somewhere between the S20+ and the base S20 in terms of price and specifications. It is ostensibly an S20 “Lite” by way of the Samsung Galaxy Note10 Lite, but that’s not quite an accurate moniker, either.

See, the S20 FE isn’t really a stripped-down version of the S20. Sure, it may lose out some of the premium-ness of the S20+ and the S20 Ultra, but I prefer to think of it as a streamlining of the series. It takes in the best aspects of the S20 devices and wraps it in a package that is more affordable. In Malaysia, the 5G version of the device goes for US$836 (RM3,399), cheaper than when the S20+ was first launched.

The result is one of the best high-end Android devices of the year, and certainly not only for fans.

Flagship devices are all about the excess sometimes. It’s about mixing in luxury with necessity, new features with top-of-the-line parts.

The S20 FE is about trimming out some of the stuff and fluff. And the S20 series as a whole does contain a lot of excessive fat. For instance, the S20 features 8K video recording at 24fps, a feature that has been removed on the FE. 8K TVs are still tremendously expensive, so really, 4K recording is all you need. And lo, the S20 FE does provide well-stabilised, sharp-looking 4K videos.

The 6.5-inch AMOLED display on the S20 FE doesn’t feature the elegant curved screens of its predecessors. It also contains less pixels than the S20, and misses out on the Dynamic AMOLED 2X display technology which provides brighter, better colours and contrast.

Yet it’s still a display that produces sharp, colourful images with brightness enough to read with under the sun. Samsung retains the one aspect of the S20’s display that matters: a faster refresh rate. The S20 FE features a 120Hz screen, which provides a buttery scrolling experience and is terrific for videos. The sacrifices are well worth it for a cheaper price tag.

If anything, the S20 FE does feel less luxurious, seeing that it swaps the double-sided glass of the S20 for a plastic back. Some might lament the loss. I, on the other hand, am glad that I won’t have to worry about another thing cracking due to accidental falls.

The best part of the S20 FE? It’s a device that runs a Qualcomm Snapdragon 865 processor, something which evaded the earlier global S20 models. Granted, the regular user won’t be able to tell much difference in performance between the Exynos 990 (which is used on the S20 models) and the Snapdragon 865, but the latter does provide slightly better performance and efficiency in tests.

Regardless, the S20 FE is a powerful device, more than capable of running Genshin Impact with little to no issues. It may not have 12GB of RAM like the S20 Ultra, but really, despite having lesser memory (8GB), the performance hardly lags behind the Note20 Ultra that I’ve reviewed – which is to say, practically flawless.

The S20 FE is fitted with a 4,500mAH battery, which is lower than what the S20 Ultra offers, but still offers enough juice for day-long usage. Even after a day of heavy social media browsing, picture-taking, some games and a spot of Netflix, I still managed to end the day with at least 30% of juice to doomscroll myself to sleep. On days with lighter use, I typically only plug it in to charge in the afternoon.

Most of its innards are similar to the S20. The Malaysian release of the device comes with 256GB of storage, which is double of what you’re getting on the current S20 models in Malaysia, and expandable via microSD.

It’s also a 5G-ready device. Combine this with the specs, you’ll have a device that can last you well into the new decade. On paper, there are some differences between the camera systems of the S20 FE and its S20 brethren. For instance, the 3X zoom camera on the S20 FE uses an 8MP sensor instead of a 64MP one. I would say, however, that the overall camera experience is fairly equal.

You get a similar main camera for starters, which is a 12MP shooter. It puts out well-detailed shots with some really good colours, albeit with quite a bit of brightening. The Night Mode works solidly, too. I can’t compare it to the likes of the Pixel 5, but the night photos I took does look perfectly clear with decent sharpness.

The 12MP ultra-wide camera is also pretty terrific, providing clear pictures with a wide field of view. It’s not particularly great in Night mode, however, but as far as wide-angle cameras go, this is as good as it gets.

As for the telephoto camera on the FE, it offers 3X optical zoom similar to the S20. Despite the lower MP count, though, the optical zoom pictures do look sharp and decent. I pushed it to 50X zoom for fun, and the pictures – while expectedly grainy – were surprisingly legible.

Where the S20 FE wins over its predecessors is the front-facing camera, a 32MP shooter which has a good deal more megapixels than the 10MP selfie cam on the S20. Selfies appear sharp, albeit a little more saturated from what I’m used to.

There’s not much about the S20 FE that is worth complaining about, save for the fingerprint scanner. It sets under the display, and much like the Note20 Ultra’s, I find it to be rather finicky. Sometimes it works perfectly fine. Sometimes it just won’t read my thumb, regardless of how much cleaning or wiping I do.

Samsung’s flagship devices this year has been great, and they’re all proper upgrades to the devices that came before them. But while I can see the appeal in getting the best-in-class of these devices, I can’t recommend the S20 FE enough. It may be a middle-of-the-road choice here, but considering that it’s cheaper yet no less powerful or lacking in features, it’s an easy choice to make. 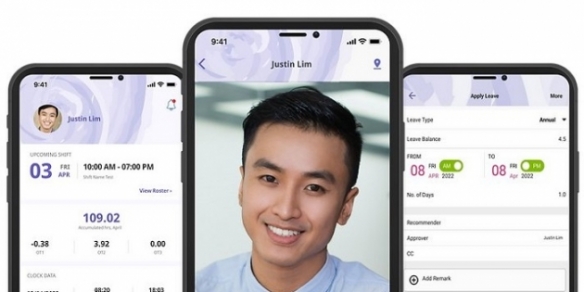