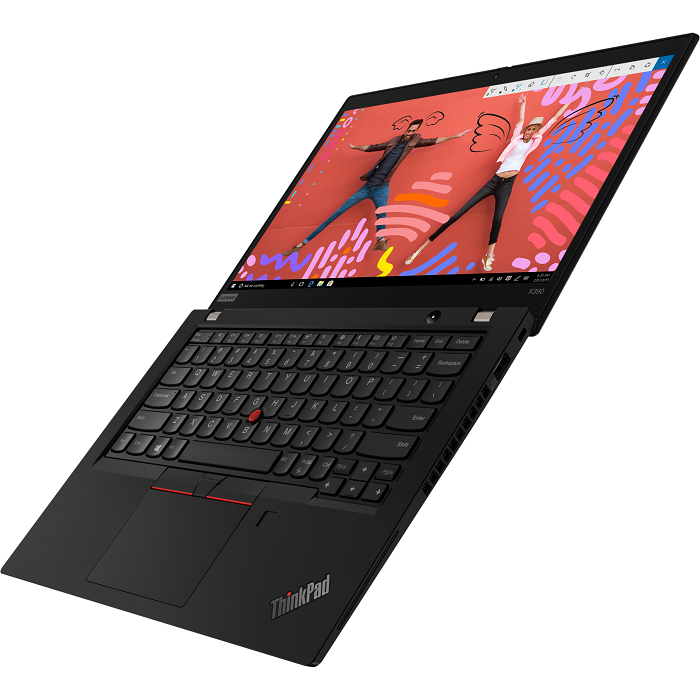 A smaller, more compact ThinkPad is as good a proposition as any. You can say the same thing with the Lenovo ThinkPad X1 Carbon, and you can certainly say the same with the ThinkPad X390.

Lenovo’s ThinkPad laptops – acquired from IBM in 2005 – has long maintained the series’ iconic looks and functionality. What’s changed is the varying line-ups available under the brand – the ThinkPad A, E and L series are more value-oriented, while the P-series refers to their high-performance line. The T-series, on the other hand, is the flagship line-up.

The X-series, as you may have guessed, is their line of ultraportables – exercises of cramming in the necessary ThinkPad sensibilities while shedding out other aspects as unneeded weight and bulk. Well, unneeded for some, at least. As with most ultraportables, it’s always a balance between portability and sacrifice. With the X390, however, the balance is thankfully well-maintained. If looks could kill

That said, the ThinkPad X390 is pretty unique even within its own line-up. For one, the chassis made out of magnesium, painted matte black. It looks good and feels good – the metal is often cool to touch, and it exudes the sort of class and hardiness you would want on a portable device.

Lenovo’s brochure will tell you that it’s tested against 12 military-grade requirements and more than 200 quality checks, with soldered-down memory. We’re not going so far as to drop the device just to test its durability, but it certainly feels premium and solid.

Size-wise, the X390 is reminiscent of the ThinkPad X280. The latter has a 12.5-inch screen in a chassis that’s roughly the same thickness (16.9 mm) and the same weight (about 1.2kg), but where the X390 departs itself is by squeezing in a 13.3-inch within the same form factor, thanks to its narrow-bezel display.

The screen on my review unit is an optional Full HD touch display (there are options for a non-touch display at the same resolution, or at 1,366 x 768). Things to note: the X390’s screen can be opened at 180-degrees, all the way flat on the table, which is good for business talks and presentations. I also have little issues with lifting the screen with one hand.

Display quality is solid. I find that it has enough brightness to use outdoors at a café and the image quality is crisp. The touch display is also responsive enough. 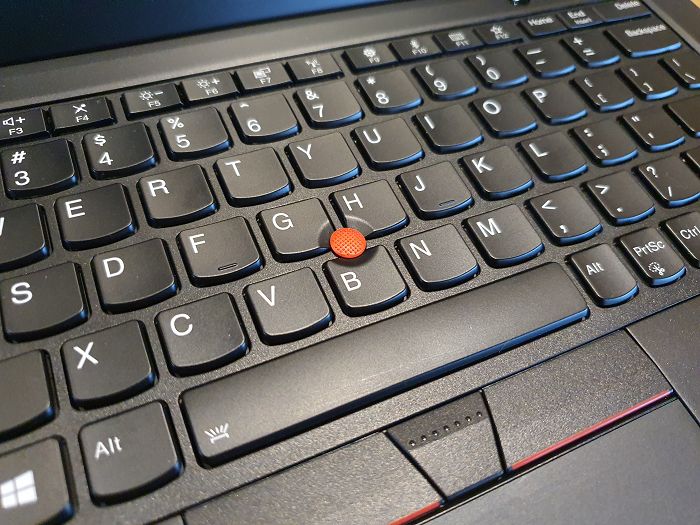 Whether or not the ThinkPad X390 looks attractive to you is dependent, of course, on your preference towards the ThinkPad aesthetics. This is recognisably a ThinkPad device – the all-black, occasional red, and the mainstay trackpoint in the middle of the keyboard.

Speaking of the keyboard, this is a great one. The keys are concaved and well space, and they feel responsive. I also find no issues with the trackpad and while I barely used the trackpoint, it works with no hitches. The trackpad keys are a little soft to my liking, but they otherwise work fine.

There are a few nice touches with the X390. There’s a plastic slider to physically block the webcam when not in use. The 720p webcam works well enough, and you can fit it with an optional IR camera to allow for Windows Hello sign-ins using facial recognition. My unit also has a fingerprint reader, which works fine.

But what I truly like is the ample connectivity and ports, especially considering this is marketed as an ultraportable. There is a USB Type-C port present as well as a USB-C Thunderbolt 3 port, and both support data transfer. On top of that are two USB 3.1 Type-A ports, HDMI 1.4 video-out connector and a headphone/mic combo jack.

The X390 has twin down-firing speakers located under the palm rest. It’s not particularly loud, but at least the sound is pleasant.

The ThinkPad X390 has a breadth of customisation options that you can pick. The cheapest option nets you an Intel Core i5-8265U, while the review unit I have runs an Intel Core i7-8565U alongside 8GB of DDR4 RAM and 256GB of SSD.

Performance is fantastic. The laptop boots up nearly instantly and it won’t have any issues running day-to-day workloads from web browsing to PowerPoint. There’s no option of a discrete graphics card (understandable, considering its form factor), but all-in-all this is a solid laptop for work and some entertainment (just not for anything too graphically intensive).

The real power within the X390, however, is its battery life. A combination of Word document work, some PowerPoint editing, web browsing, one episode of The Ghost Bride and some YouTube sessions in between still couldn’t bleed the battery out after 14 hours. A full charge can last you well throughout the day with enough juice left to catch-up with some Netflix at night.

It’s hard to pinpoint major flaws with the ThinkPad X390. Most of my complaints are minor – the speakers could be louder and the touchpad buttons could feel better, certainly. It’s also not the slimmer nor the most compact ultraportable out there. But as a ThinkPad device that is lighter and smaller without sacrificing much by way of performance and features, the ThinkPad X390 is worthy of thought.

DNA Review: The Huawei MateBook 13 proves itself a good mate