Don’t get me wrong: I love my 15-inch gaming laptop. It is work and play in one machine that I can easily prop open in a café for work or at a friend’s house for a gaming session. But for all of its computing and gaming prowess, even I have to lament the sore shoulders that come along, or how unwieldy it can be when working on benches and couches. Or how the battery life is shorter than the Game of Thrones theme song (I exaggerate of course, but only slightly).

It’s easy, then, for the Huawei MateBook 13 to be a boon to my life. With its thin-as-a-magazine design and powerful innards, it’s the ultra-portable that solves the problems of my concrete slab of a laptop while retaining some of its performance. But even without comparing it to a gaming laptop, the MateBook 13 is a solid notebook that on-the-go digital warriors should consider.

I’m hesitant to call this a successor to last year’s MateBook X Pro – the MateBook 13 strips away a little of the MateBook X Pro (namely the display size and ports) but retains similar processor and GPU specifications, albeit a little more powerful (though, sans an available MateBook X Pro, I can’t compare). I suppose it works best as a cheaper alternative, and you’re not going to miss out much.

The MateBook 13 is an ultra-portable in the veins of Apple’s MacBook Air. It’s certainly slim – only 14.9mm in thickness, with a weight of approximately 1.28kg. Most times I forgot that I had it in my bag. Carrying it in my hand feels more like taking along a tablet with a keyboard attached to it.

This slimness is achieved by removing pretty much all of the typical ports that you’ll find on a laptop. In their place are two USB-C ports on each side. They function fairly differently, in that the one on the left supports data transfer and charging of the notebook but not video output; while the one on the right lets you transfer data and output video, but not charge the device.

The limited ports take getting used to, and Apple users should note that both USB-C ports don’t support Thunderbolt 3. There’s no USB-A ports here, though Huawei has bundled an adapter. I personally find it too limiting, but that’s the price you pay for ultra-portability in the scale of the MateBook 13.

It’s a minor nitpick in the grand scheme of the design, though. Featuring a metal chassis with a dark grey finish, the MateBook 13 looks great and feels great. The keyboard works fine with minimal but responsive travel, and where most portable laptops would aim to reduce the size of most things, Huawei has ensured that the trackpad is large enough to use comfortably, yet not too large as to rob users of much-needed wrist space.

A display of quality

It doesn’t detract from how great it looks though. The brightness is more than sufficient and images come out crisp and clear. The 3:2 screen comes off as initially odd to my widescreen-trained eyes, but the ratio does make for a more compact device and works much better for documents and browsing. Watching HD videos on it, though, means having thicker black bars than usual.

The webcam is now back on the top bezel, instead of the unique pop-up webcam design on the MateBook X Pro that resides on the keyboard. This means taping a tiny piece of paper if you’re worried about security and privacy, but considering that the on-keyboard webcam has its detractors, this might be welcoming to some.

In making the laptop more compact, the speakers have been moved to the undersides of the laptop. It probably won’t have the fidelity of top-deck speakers, but I find audio to be sufficiently loud and good enough to fill a fairly empty meeting room.

The unit I had the pleasure to relieve my shoulder pains with is the i7 version (specifically, a Core i7-8565U at 1.8GHz), which works snappily as you’d expect. The laptop boots up in an instance and doesn’t have any issues handling Chrome with dozens of tabs open, and Photoshop works well enough (though I’ve only used it for some light photo editing).

Impressively, the tiny machine manages to house a discrete NVIDIA MX150 GPU, which is capable of handling some light gaming. Cuphead runs just fine, and I was able to play Apex Legends on low settings decently enough. It’s not going to handle Battlefield V in “ultra” settings, but being able to catch a few Fortnight rounds before the battery dies is as good a proposition as any.

Speaking of the battery, though, I was left somewhat wanting. Using the MateBook 13 for a combination of writing, web browsing and some videos with brightness at 70% usually nets me about six hours at best.

It’s not a deal breaker for me – remember, my gaming laptop’s battery life conks out in a flash – but six hours for a premium ultra-portable does feel fairly disappointing when there are laptops capable of hitting 10 to 12 hours out there.

The MateBook 13 also comes with an interesting feature, called Huawei Share. With this, any Huawei smartphone with NFC support and running EMUI 9.0 and above will be able to transfer pictures, videos and other files without the need of a cable.

The Huawei MateBook 13 ticks all the right boxes for an ultra-portable laptop. It’s sleek, it’s slim and it’s powerful enough to handle most work and processes. It would’ve been a perfect laptop if it housed more ports and had a longer battery life, but I’d be lying if I say I didn’t enjoy my time with it. I suppose that’s the mark of a good mate. Huawei P30 series smartphones to land in Malaysia in April 6 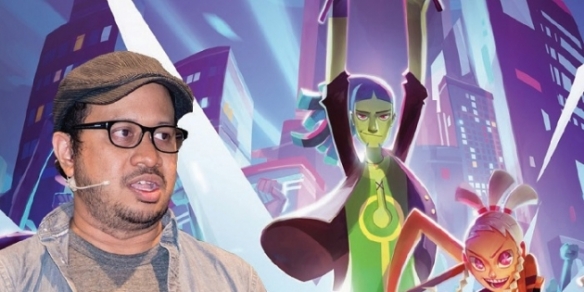