THE Huawei Mate 10 – a much talked about smartphone from the Chinese vendor which touts artificial intelligence capabilities that claims to help you do things in a more efficient and optimised manner by being able to learn your habits and patterns.

Well, with the plethora of smartphones coming out from dozens of vendors these days, topline, flagship devices just need that edge to get you, dear consumer, to bite. Does it work? Well, read on to find out more.

First, some background. The Huawei Mate 10 is the successor to another good smartphone, the Huawei Mate 9 launched last year. Having owned one for about six months now, I can say that the Mate 9 is a stable, well-made device, with a good balance of features, build quality, battery life and a camera, plus it can process most things thrown at it.

But as good as it is, the recently launched Mate 10, surpasses the Mate 9 not so much in terms of raw power but in small subtleties. The Shenzhen, China-based vendor has indeed come a long way from the days of it being just another vendor, which makes smartphones to complement its humongous telecommunications networking business.

In fact, the company had set its sights on becoming the No 2 smartphone player in the world by market size in 2016. In an interview in November, Richard Yu, chief executive of Huawei Technologies Co Ltd’s consumer business group, said the company expected to sell at least 10 million newly-launched premium phones, known as Mate 9, a year in China alone.

Bold words but some eight months later, the company temporarily surpassed Apple Inc as the second largest smartphone vendor in terms of sales, according to data from Counterpoint Research.

While I’m cognisant that the smartphone market share game changes frequently due to demand and supply and data collection methodology, I believe it is fair to say that Huawei has made some significant gains, has shown how far it has come in the smartphone game, and will be one of the top brands going forward. Let’s start with the basics. The first thing that struck me about the Mate 10 was how its bezel-less design has shrunk the smartphone size without compromising on the effective screen size surface area.

Specs aside, the Mate 10 is built solidly and differs from its predecessor in that its all-metal body is wrapped by front and back glass casing. Overall, the Mate 10 feels solid, easy to hold, and exudes premium quality, which many have come to expect in any vendor’s flagship smartphone.

The fingerprint sensor is however, found on the front instead of the back as with the Mate 9. Personally, I much prefer the sensor being at the back as I find this the most natural place for it to be. Somehow, Huawei decided to give that design to the Mate 10 Pro instead, so if you’re fussed about that, do take note.

Just to compare the major differences between the Mate 10 and its sibling the Mate 10 Pro.

Firstly, the former is equipped with a LCD panel while the latter is AMOLED-powered and stands at 6-inches screen size. Secondly, the Mate 10 Pro sports an 18:9 ratio but at a reduced resolution of 1080 x 2160 pixels. Some have complained of this but for me, it’s not a biggy, as practically speaking, the Mate 10’s screen is great to look at.

Thirdly, the Mate 10 is equipped with a standard 3.5-inch headphone jack whilst the Mate 10 Pro isn’t. This can be a contentious issue like when it first hit the Apple iPhone but for me, it’s a matter of preference. For some, however, it could be a dealbreaker.

The Mate 10 comes equipped with Android 8.0 Oreo out of the box and is skinned with Huawei’s EMUI 8.0. The last version of EMUI was 5.0 but the Chinese vendor probably wanted to sync up the number ‘8’ with Google’s Oreo version number – hence the jump from 5.0 to 8.0.

Whilst taking advantage of Google’s latest Android Oreo in the EMUI 8.0, I found the features useful for the most part. However, there were some gimmicks which I don’t use and can be turned off. EMUI 8.0 isn’t a fan favourite for everyone, I must admit, and takes a bit of getting used to as there are sub-layers you’ll need to navigate around just to get to a feature. So, if this is a dealbreaker for you, take note. Out of the box, the Mate 10 performed well in terms of responsiveness, app loading speed and general performance, thanks to the Kirin 970 Octa-core CPU. A test on Geekbench 4.2 yielded a score of 1,880 for single-core score whilst the multi-core score stood at 6,566.

That’s a respectable score compared to the rest of the field including all the top Android smartphone brands such as Samsung, LG, Xiaomi and others.

Display-wise, the Mate 10 is bright, the colours are crisp and vibrant, and while the screen resolution is lower than its Pro sibling, one can’t really spot the difference when using the smartphone in an everyday setting unless one goes looking very closely.

However, I do feel that AMOLEDs are a better choice as far as depicting natural colours and full-on blacks are concerned, as the individual pixels turn off as opposed to LCD panels. That is not to say that the blacks on the Mate 10 are bad – they’re pretty good actually, just that they’re not a match to the Mate 10 Pro’s AMOLED blacks.

When playing audio and videos, the Mate 10 performs admirably. There is no noticeable lag when watching videos while audio quality, and loudness is good for the most part. One unique feature that Huawei has thrown into the mix with the Mate 10 is Easy Projection.

The feature transforms your phone by enabling it to extend what is on your smartphone screen to a monitor, all with the aid of a single cable. Personally, I didn’t get to test this feature but if it works as well as is claimed, it should make for an interesting differentiator to the rest of the field out there.

Battery performance is by far the strongest feature the Mate 10 possesses and this isn’t surprising given its massive 4,000mAH battery and the new Kirin 970 chipset, which claims to be 50% more power-efficient than the Kirin 960.

In real-life tests, I could easily get by a full day with a charge of some 30% to 40% to spare, depending on my day. In real-life video tests watching a Netflix video on full-screen brightness for two hours, I only used about 10% to 12% of battery life, which is pretty impressive.

Geekbench benchmark places the battery test at a score of 3,123 and real-life screen-on-time came in at over nine hours, which is pretty impressive. In short, the Mate 10 gives about two days worth of juice when used heavily and about three days when used lightly before having to recharge it.

As mentioned, the Mate 10 comes equipped with a so-called AI feature, dubbed the neural processing unit or NPU by Huawei. Google and Apple have equipped their devices with some sort of ability to get help by voice activation in the form of Assistant and Siri respectively for years now.

But Huawei has gone somewhat a step further by embedding its neural net feature into the Kirin 970 chipset itself. By doing so, the company claims that the Mate 10 does some things automatically without user intervention. It also boasts of being able to optimise battery performance and other features.

READ ALSO: Huawei wants to go big on AI with its Kirin 970 SOC

Next page: More than just a regular camera 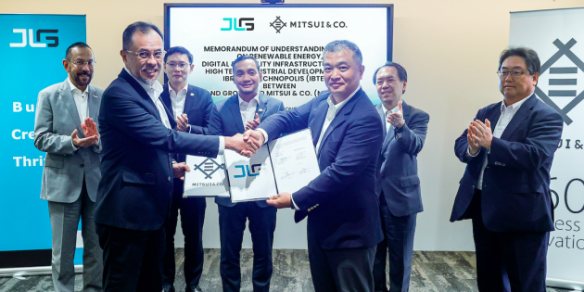