Review: HP Spectre 13, a beast inside the beauty

"I’m a member of SPECTRE," said Dr No famously in James Bond's first appearance on the silver screen. It is certain that the evil doctor was not referring to HP's laptop fan club. But for reasons not clearly identifiable, HP has chosen the same name of the evil cabal for its line of ultra thin laptops.

The HP Spectre 13 is thin - very thin. At just 0.41 inches thick, according to HP, it is the world's thinnest ultrabook and laptop. And it weighs just over a kilogram. Along with the much thicker Asus ZenBook 3, it is also the most beautiful laptop we have seen so far.

In a bid to enhance its premium feel, HP has gone for a shiny gold on black design. While most of the laptop has a matte black finish, its base is coated with a reflective gold finish. Like some smartphones with the same finish, the only issue with this is that it becomes a target for clearly visible fingerprints. The exterior centre of the lid is emblazoned with the HP logo. While the top is aluminium, the bottom is made of carbon fibre. The backlit keyboard is very responsive and feels good to type on for long durations. While the touchpad is equally responsive, it feels a little too smooth at times.

It is obvious that the company has put a lot of thought into every aspect of its design. Even the stereo speakers and air vents have a unique fractal design.  There is no question about it - HP wants you to show off your prized possession to everyone.

The Spectre 13 has a 13.3 inch Full HD display. Like the rest of the device, it is a beauty. Although the 1920x1080 resolution is not the highest in the thin and light category, it is bright and colourful. 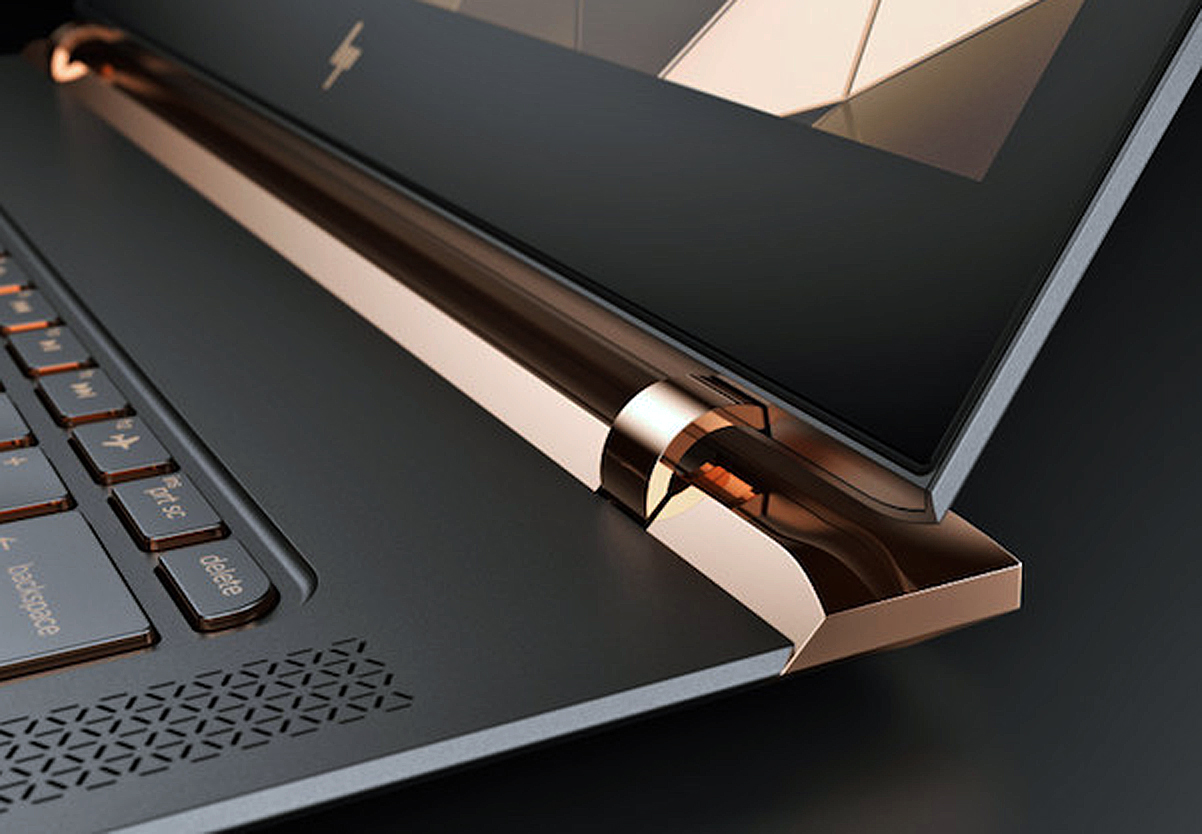 But we do one have small issue with the display. HP has forsaken the swivel hinge in most laptops for what it calls a 'piston hinge' design. These are two small patches at the edge which fold into the chasis itself. Although this makes the device very sleek, screen tilting angle is affected. You can tilt the screen backwards to only about 120 degrees.

Most ultrabooks and 2-in-1 devices use Intel's low power Core M processors. The HP Spectre 13 bucks this trend by opting for a more powerful 2.5GHz Intel Core i7-6500U CPU. Considering the thickness of the device, this is quite a surprise. The laptop also contains 8GB of RAM and 256GB of SSD storage. Graphics is provided by Intel's integrated HD Graphics 520 GPU core.

All the ports are very much in the 'micro' category. These are limited to two USB-C Thunderbolt 3 and one USB 3.1 Type-C ports. If you wish to plug in a full size USB cable, you will need to use the separate adapter provided.

Does thin and light mean a weak performer?

Definitely not. In our tests, Intel's Core i7 CPU flexes its muscle, pushing the Spectre 13 ahead of all 2-in-1s that we have seen so far. But not surprisingly, it lags behind the much bigger and thicker laptops. Overall, if you are looking for the thinnest laptop powerful enough for work, there is none better than the Spectre 13.

Battery life is also not an issue. Even at peak brightness and constant Wi-Fi usage while streaming Full HD videos, the laptop lasted over four and a half hours. If you perform much less performance-intensive tasks like office work, the battery will likely go much further.

But it is not quite all good news. The laptop does get quite hot - one of the side effects of using a more powerful Core i7 CPU. Therefore, your lap may not be the most ideal location to work using this device for extended periods.

In terms of software, other than Windows 10, the Spectre came with only a trial version of Microsoft Office and apps for contacting HP support.

Looking at the Spectre 13, just like Dr No, HP's competitors might start seeing the 'spectre' of defeat. With an official price starting at RM6,900, it is also in the same price range as other high-end laptops in the thin and light category. A truly beautiful laptop which does not compromise on performance, the Spectre 13 fully deserves our Editor's Choice award. 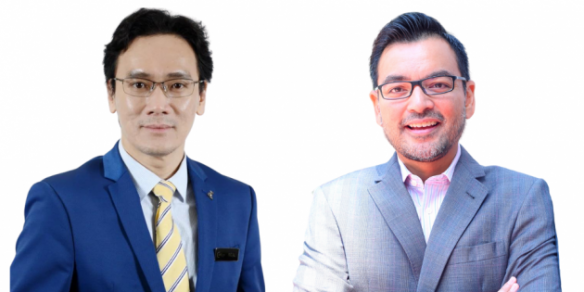