Short Creepy Tales: 7PM by Cellar Vault Games is, for me, an oddly nostalgic experience. It’s not that the gameplay is anywhere “retro”, though it is more or less a narrative adventure by way of Grim Fandango, where you can freely navigate 3D spaces while interacting with the environment and non-playable characters.

I also didn’t grow up in the game’s setting: an old, close-to-decrepit Malaysian low-cost apartment not unlike the thousands that are scattered across the country, tucked amongst cities and towns. But I have visited my fair share of them, and can attest to the developers’ accurate depiction of their cramped, cluttered corridors; and how it forms microcosms of Malaysian society.

No. What’s really nostalgic here is how the game throws me back to a childhood spent navigating the intersections of beliefs, culture and superstition.

I’m a third-generation Malaysian Chinese, so my childhood is one where Chinese beliefs – which has already been molded and mixed across various dialects, sub-cultures and religion – merge with modern spaces and the country’s diverse cultures. Sometimes things clash, but mostly everything exists in a strange harmony.

Either way, you’re told to be careful: that, sometimes, things aren’t what they seem. There are dos and don’ts, and little certainty to what’s accurate and what isn’t. And that our proximity with the otherworldly can be as close as to our neighbours.

It can be overwhelming (and confusing) for children. Short Creepy Tales: 7PM captures this aspect of Malaysian culture well. In its short playtime, the game gives you a fairly accurate taste of childhood amidst such uncertainties, and how it can be rather terrifying. 7PM doesn’t delve deeply into the effects and connotations of Malaysian and Chinese cultures as it clashes, nor does it tell a particularly complex story (it is, as the name implies, short and creepy). But it does take you through an aspect of Malaysian life that hardly represented in any other medium. For that, there’s much to like and laud about 7PM.

Let’s take a step back. Short Creepy Tales: 7PM is the first “formal” entry to an anthology horror series by Cellar Vault Games (CVG). Set during the Hungry Ghost Festival, 7PM spans an evening of three children – Wen, Lun and Ming – as they stumble open strange occurrences at the low-cost apartment they live in.

According to CVG’s cofounders Benny Chan Beng Lee and Eshan Jayatilaka, the setting was chosen for its unique regional imagery. “More than that, there’s a specific kind of community that forms in those kinds of spaces, and we found that to be an incredibly rich backdrop on which to tell this story,” they tell Digital News Asia via an email interview.

“Low-cost apartments are one of those places where different cultures and racial backgrounds mix, but also where spiritual beliefs and practices show more vibrantly than in more commercialized urban environments. That feeling of closeness and spiritual atmosphere was perfect for the simple story we wanted to tell.” 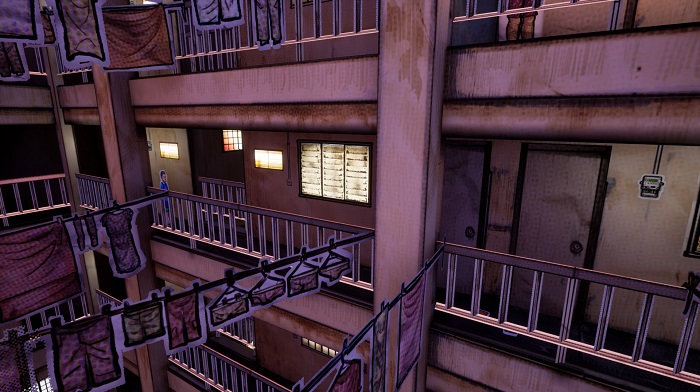 It is, indeed, a spiritual story, one that is entrenched in Chinese beliefs surrounding the afterlife. The Chinese roots extend beyond just the themes, though – the game features a unique art style where people are depicted as flat, hand-drawn paper cut-outs moving in 3D spaces. It’s striking, and instantly memorable.

I initially though that the art serves as a call-back to cheap cartoon stickers that permeated my 90s Malaysian childhood. I shared this with CVG’s cofounders, but Eshan, who is the art director, says that the art is inspired by Chinese joss paper and paper effigies.

“7PM’s main styling sort-of replicates that with a printed ink overlay finish and dark inked outlines for objects and certain pieces limited to planes instead of proper geometry,” he explains. Perhaps as consolation, he did note that sticker aesthetics – while not originally part of the original thought process – did come to play when they developed the UI and other details.

“The nostalgia of ‘collecting little graphics objects’ definitely influenced the overall feel of the game as we polished it towards the end. So yeah, I’d say you definitely hit on something there even though it wasn’t centre-stage,” he says.

7PM’s unique aesthetics didn’t go unnoticed – the game did bag Best Visual Art and Best Game Design in the 2020 Sea Games Award, alongside the Grand Jury Prize. Audio in the game is also worthy of mention, as it captures the ambience and cacophony of low-cost apartments.

7PM is primarily a narrative experience. The core gameplay revolves around exploring the apartment, which doesn’t consist of many areas but is worth roaming if only to take in the sights and the well-crafted backgrounds. It yields a few surprises, too.

Peppered around are a few mini-games to partake in. They’re not particularly complex, but they do allow you to participate in some Malaysian activities, such as folding joss paper and wrapping nasi lemak. One optional objective is to collect pebbles to trigger a mini-game, which is a little menial, but adds a little to the story. Beyond that, there isn’t much to do – it is, after all, a short game. Perhaps it’s a little too short. The game concludes just as it achieves an engaging pace, when its mystery had just deepened into something intriguing.

That it ends where it ends felt abrupt, and left me wanting. I may have already fully explored the apartment, but it felt like there could’ve been more to discover. You can replay the game a few times to uncover all the dialogue and content, but I found that it doesn’t impact the overall narrative as it would, say, a Telltale game.

The game’s brevity also meant that there’s little else for our cast of characters, especially the children, who develop little beyond their initial traits (Wen is inquisitive and helpful; Lun, the generic brash bully; and Ming, the scaredy-cat).

There’s a reason for the game’s short length – scope and budget constraints. According to the founders, 7PM was made with three people working full-time, with many a midnight oil burned in order to achieve a polished state over 10 months.

“That being said, we did specifically want episodes in this anthology to be short so as not to get lost in a convoluted serial, instead letting audiences experience tiny varied sparks across different characters that don’t necessarily meet,” Chan explains.

“There’s definitely stuff we’d love to have added or rethought if we had the time and resources, but in the end we chose to make sure it was complete instead of longer and more buggy or poorly thought through than it could have been.” The game is, thankfully, very polished. There’s also great care at depicting Malaysian culture – the game includes footnotes explaining Malaysian and Chinese phrases, which meant that dialogue can remain rooted in Malaysian sensibilities without alienating non-Malaysian players. But I think my frustration with the game’s length has to do with the world that is crafted here. I simply wanted more time and reason to explore.

This is also the rare game that delves into Chinese myths and beliefs, which – as a good amount of Hong Kong horror movies have shown – is rich and terrifying enough to warrant more depiction in games. Red Candle Games’ Detention, for instance, showed how Chinese myth can be weaved into a tragic tale about Taiwan’s own shadowy past. 7PM’s captivating aesthetics and well-realised world felt like it could’ve been more.

Still, it’s not fair for me to demand that of a studio that has clear visions for what they want in their games. CVG is a relatively young (conceived in 2014) studio, one comprised (thus far) of only its two founders. So, young and small.

If anything, I can expect more Short Creepy Tales. “We’ve planned a few subsequent stories with a longer play-time but still something that could be considered short,” the founders say.

“At the moment, creepy vibes and horror are a good fit for our brand, but there are definitely stories, gameplay styles and art-styles outside those bounds that we want to play with, when we’re ready.” 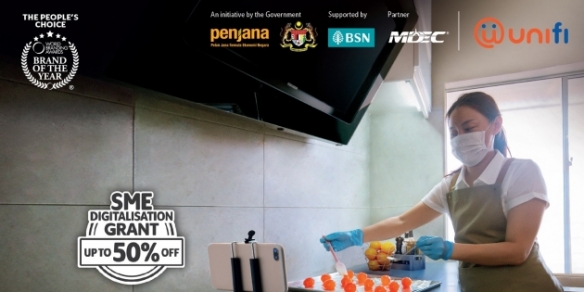