The lift has stopped. Take a breath. Mark the exit. Count the enemies. Five. Okay. What weapons are they holding? What do you have right now? Bare fists. They have guns. Take a breath. Make a plan. Dash left first. Beat the guy in the corner before his pals notice him. Grab his fallen handgun. There should be enough ammo to take out two or three of them. Throw the empty handgun to stun the nearest one. Maybe reach for the next gun on the floor. Or, if the enemy is close enough, dash in to finish with a flurry of punches. Stay out of sight. Keep moving.

Take a breath. There’ll be little opportunity to do so, when the lift doors open. Ready? Let’s go.

In Lithium City, every level is a puzzle. The solution is usually how well you punch, shoot and run circles around the enemy with your quick dash ability, but it’s clear fairly quickly that fast fingers and godlike reactions aren’t enough.

It’s easy to die in Lithium City. A few bullets are enough to turn Tsunami, the blue-haired protagonist of this isometric 3D brawler/shooter from the Philippines, into a flurry of pixelated confetti. Mindless androids can mob you if you’re not careful. I’ve also dashed one too many times into an exploding grenade. The best survival strategy is a bit of planning. The start of each level awards you with some time to think. Sometimes a level doesn’t immediately end after dispatching all the on-screen enemies. Reinforcements come. As you stand there with an empty shotgun at hand, you’ll find yourself cooking up another strategy. Dash here. Grab that. Take cover there.

The best Lithium City levels make you feel like you’ve both outpunched and outsmarted your enemies. It can be exhilarating, as though you’ve unleashed your inner John Wick or Atomic Blonde of being a wish-fulfilling yet realistically vulnerable badass. Marry that with the synth-heavy, pulsating soundtrack by John Camara and the striking neon-baked visuals, Lithium City quickly becomes an engaging, albeit short, experience.

It’s also a simple experience, though Lithium City does a lot with that simplicity. There’s little by way of mechanics and controls: you have one button to attack, one to pick up weapons, one to throw them and one to execute a short dash, which is handy to avoid attacks or to zip in closer to attack an enemy.

The game requires you to use them to the fullest extent, and in strategic ways. For instance, one level starts you at the front of a small room with a group of lumbering robots, which can be deadly in numbers. At the end of that room are two doors leading to an office, and inside is a man with a shotgun.

You can, for one, try to take on the entire group of robots with your fists, provided you’re good enough at dodging their close-ranged attacks. More thoughtful players may attempt to first lure the robots to a corner before dashing into the office to take out the gunner, then making quick work of the robots with the shotgun. 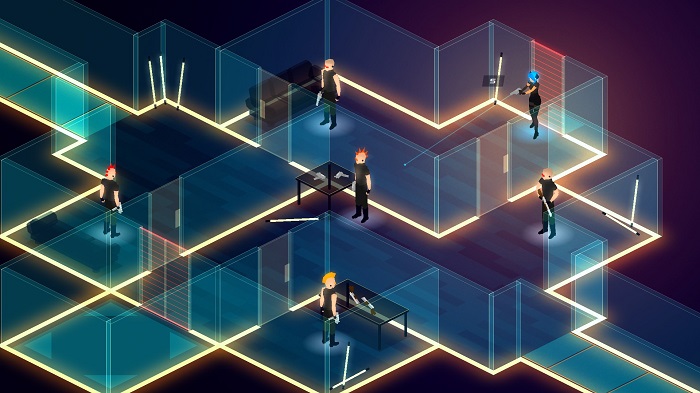 Some levels become a dance of strategic destruction, as you dash around the stage dispatching easier enemies first or going for ranged attackers in order to repurpose their weapons. When it all comes together, Lithium City gleams like the light-strewn city it is set in.

But when the game takes the planning and strategising away from you, it can become frustrating. Some levels, particularly later in the game, asks only for you to rely on quick reflexes and timing, failing which will result in instant death. Tsunami can’t take a lot of punishment, and it’s common for her to be stun-locked by projectiles before you can dash away.

Dying in-game isn’t particularly punishing – it usually sets you back to a checkpoint a few levels back. I don’t mind failing either – if it’s due to my lack of foresight and poor planning. Dying when I missed a slew of projectiles that require split-second timing, however, feels cheap and aggravating.

Thankfully, the game rarely feels boring. Each of the six chapters of the game revolves around a particular theme, both visually and gameplay-wise. One collection of levels may, for instance, have fast-moving conveyor floors that can bring you crashing into deadly laser walls; others may pit you against large and powerful robots that require you to keep away.

My favourite is the chapter set entirely on a train, which singular location and tight space requires you to switch up strategies depending on the enemies that come onboard. It also ends in a beautiful and affecting sequence, casting a spotlight on the kind of violence and destruction you’ve committed. There is little context to the violence, however. Calling Lithium City sparse in story is an understatement, as there’s nothing to clue you into the world or its characters (Tsunami’s name is listed in the game’s description on Steam – you don’t even learn of her name in-game). All you know is that she’s required to reach the top of a particular building to face off a girl with red hair. The rest is vague and unexplained.

That’s not a problem, though. Where Lithium City lacks in narrative, it makes up with atmosphere. You don’t see much of the world, but the details that are available – the city lights beyond the window, the neon-tinged aesthetics, the background details – makes the world feel living and breathing. There’s also a coldness to the design and look, creating a sense of detachment so much so that the violence you inflict feels warm and living.

This is all bolstered by the excellent soundtrack by audio engineer and music composer John Camara, who mixes synthwave with orchestral music that gets pumped up at moments of intensity, but able to be haunting and poignant when needed. Sound design feels just right, too. Guns have a kick, and the sound the dash makes is oh-so-satisfying.

Putting in the lights

What’s most impressive, certainly, is that Lithium City is the work of three people, with most of the heavy lifting by developer Nico Tuason. Lithium City is the culmination of a 10-year game-making journey for the Filipino, who began making free Flash games for web portals in 2010.

Lithium City is made over five years, with his wife Terry Tuason designing the game’s (occasionally gorgeous and lush) interior environments and Camara handing the music. It’s a polished game, though there are occasional blemishes. I’ve had enemies clipping through walls and acting inconsistently, such as ignoring me when I was hiding at the elevator corner once but spotting me instantly in other times.

It’s also a short game. I completed it in under three hours, and I’m sure more skillful players can blow through it even quicker. It does, however, feel just right. Any longer and it would’ve been tedious, considering the more frustrating aspects of the later levels. 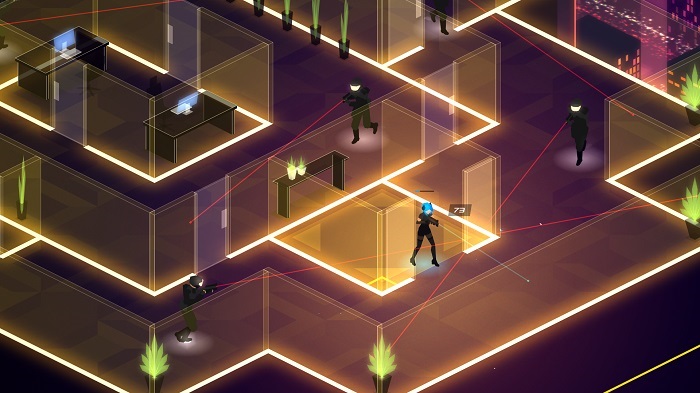 Tuason, however, assured players on a July 2020 post that he will be adding in seven new chapters that were previously cut due to development difficulties. The additional content will be given as free updates for those who bought the game.

Nico Tuason wrote that his favourite kinds of games are the “ones that understand your time is precious to you”, and ones that offer a unique or compelling experience that “adds value to one’s life.”

Lithium City may be short and simple, and I won’t say that it offers a completely unique and compelling experience. But I do think about the inherent joy of planning ahead each level, of pulling off last-minute strategies, of that train chapter. That, I say, are valuable experiences.