New Telenor app lets you 'Capture' your moments on the cloud 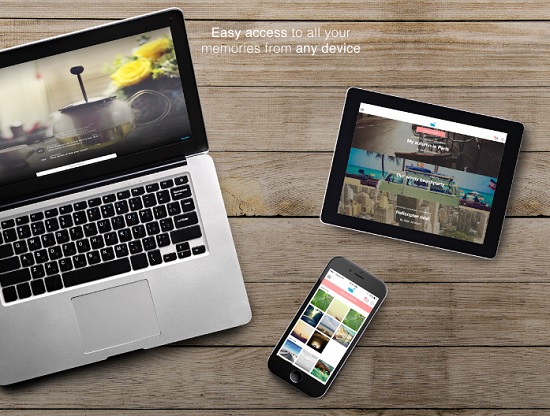 TELENOR Group subsidiaries Digi in Malaysia and dtac in Thailand have launched its Capture app, which allows users to save and share photos and video from any device through the Telenor cloud.

Capture provides online storage to save, see, and share photos and videos from smartphones, tablets, cameras, and PCs via the Telenor cloud, Telenor said in a statement.

With Capture, users no longer have to be concerned about losing their devices or running out of storage space.

The app was first launched in Norway by Telenor Digital and has received a 4.5-star rating in the App Store and Google Play, higher than all other comparable cloud services, the company claimed.

In Thailand, Capture was launched in April and gained 175,000 users in just two weeks, becoming the second most downloaded app in Thailand.

It now has more than 300,000 users in Thailand and more than 600,000 users globally. Already a total of around 500 million images have been uploaded to the service.

The application is available for download on Android and iOS, where Digi and dtac customers will receive up to 100GB free storage and users of other operators receive 2GB free storage.

“We are extremely pleased with the enthusiastic reception Capture has received in Asia and are well on our way to reaching one million users worldwide,” said Gunnar Sælleg, head of Product Innovation at Telenor Digital.

“We congratulate both dtac and Digi on their launches, and are excited about adding Capture to our innovative digital offerings in other markets in Asia and Europe,” he added. Photo and video sharing has become increasingly popular with the growth of social media in Asia, Telenor said.

In 2014, Thai users uploaded over 497 million photos to Facebook and over 36.4 million photos and videos to Instagram, while Malaysia has the third highest Facebook penetration in the region after Indonesia and Vietnam.

A major concern with such large amounts of media sharing is the shortage of storage space on smartphones and data loss in the case of lost devices. Moreover, many users feel that photo and video storage applications are too difficult and complicated to use.

“Secure storage and storing of pictures will continue to be a priority for Telenor in the future. We want our customers to know that they can store their memories in a safe way with us,” Sælleg said.

Telenor plans to roll out the service to most of its business units around the globe in the coming months and years.