IT took a while, but the Huawei Watch is finally landing on Southeast Asian shores, starting with Singapore. The watch was first introduced during Mobile World Congress technology fair in Barcelona, Spain back in February this year. Touted as one of the best-looking gadgets to emerge from that show, it quietly went under the radar until September’s IFA event in Germany, when Huawei said it would start shipping the wearable in October. This is the first smartwatch in Huawei’s wearable portfolio and is powered by Google’s Android Wear platform, which now supports both Android-based smartphones as well as Apple iPhones.

Speaking to Digital News Asia (DNA) at a media event on Oct 28, Huawei Singapore’s product manager George Zhao acknowledged the company took its time to bring the product to market because it wanted to “get it right”, especially with the design and build quality of the watch’s components. 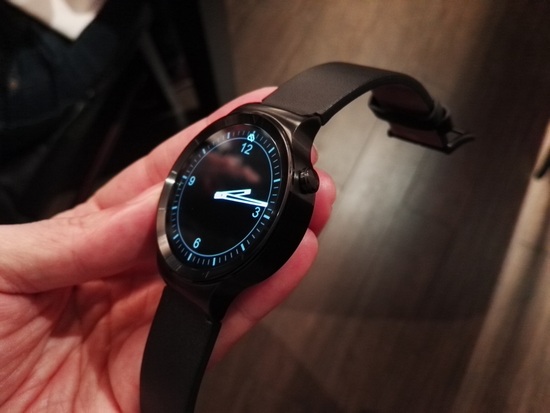 He revealed that the stainless steel watch band itself went through “three generations” before the designers were finally happy with how the strap looked and felt on the wrist.

During DNA’s hands-on session with the four different versions of the Huawei Watch, it seemed apparent that a lot of effort went into the quality and craftsmanship of the timepiece. 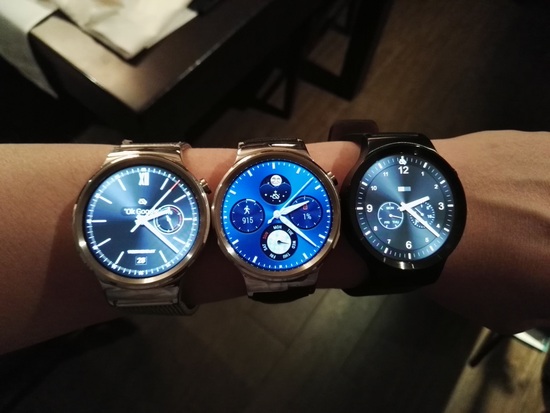 The best thing about them is that they actually look and feel like normal wristwatches, rather than wearable gadgets with a bunch of sensors and an LCD screen targeted at geeks.  Huawei attributes it to the 42mm diameter of the watch, which it deems as the ”traditional dimension for wristwatches.”

The only chink in the armour we felt, was the thickness, especially with a slight bulge at the bottom due to the built-in heart-rate monitor. The screen however is delightful, even though the default setting tends to turn it off quite quickly to conserve power. The AMOLED display is a fully circular 1.4-inch touchscreen with a 400x400 pixels resolution, or 286 ppi (pixels per inch).  This compares well against the Apple Watch’s 302 ppi for the 42mm model.

And unlike the Moto 360 which has a ‘flat tire’ look because a small part of the screen at the bottom is used for the ambient light sensor, the Huawei Watch’s screen is fully round.

The bands also have quick-release latches so you can easily swap them out for other Huawei Watch bands (sold separately).

Like most Android Wear smartwatches, this wearable lets you connect with smartphones over Bluetooth wireless technology to receive notifications, send short voice replies or emoji (on supported apps), play music and stream it to Bluetooth headphones or speakers.

It can also be used as a security key for your smartphone and a standard list of health-related functions, thanks to a plethora of sensors that can help measure your heart rate and track your activities (or remind you of your lack of activity). The Classic with a black leather strap costs S$549, while the one with the stainless steel link strap will set you back S$649. The Active model also costs $649.

By the end of November, the Classic will be joined by a stainless steel mesh strap at S$649, while the Active model will have a new black stainless steel strap version that will cost S$749.

Also in November, Huawei will introduce the Huawei Watch Elite which come with a gold-plated case and again, a choice of leather (S$899) or gold-plated stainless steel link (S$999) straps.

At the media launch, Huawei also released the pricing and availability details for its latest smartphones, along with its Nexus 6P announcement. It also comes along with a fingerprint sensor on the rear, which can also be used for other functions such as a selfie camera shutter button.

The 13 megapixel rear camera may not be the highest in terms of pixels, but it offers full manual settings and optical image stabilisation to help counter camera shake.

Powered by Huawei’s own Hisilicon Kirin 935 chipset running at 2.2GHz, this dual SIM model is backed by 3GB of RAM and a roomy 64GB of storage, with support for additional memory cards.

Consumers in Malaysia can already purchase the Mate S from authorised Huawei stores for RM2698 (GST inclusive) while in Singapore, Huawei’s branded outlets will begin selling the device from Oct 30 onwards at S$999.

Meanwhile, should you not fancy spending all that cash on a premium smartphone, the Chinese vendor has you covered with Huawei G8, a mid-range offering featuring a Qualcomm Snapdragon 615 chipset, backed by 32GB of storage.

It sports a 5.5-inch Full HD (1080P) display and a fairly large 3000mAh battery.  A fingerprint reader and optical image stabilisation for its camera are also present.  Software-wise, the G8’s  camera app features a number of interesting photo effects which are not found on its more expensive sibling.